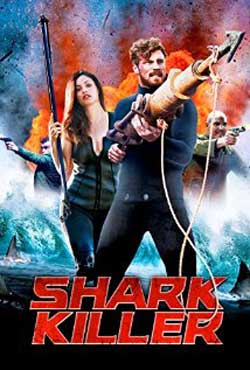 The services of shark killer Ace Hunter have been engaged by his brother Jake, the head of a West Coast crime ring. The gig: kill the black-finned shark that swallowed a valuable diamond during a gang transaction. Enlisted to keep an eye on Ace is Jake’s girlfriend, Jasmine. But Ace and Jasmine’s relationship deepens with the threats from a rival crime boss: bring the diamond to him or die. Soon, loyalties will shift, and Ace will learn that trusting in blood is for suckers. Now, it’s crime boss against crime boss, brother against brother, and man against nature, as Ace strives to rescue Jasmine, save his own life, and track down the great black-finned shark that will be the greatest challenge of his career.

SHARK KILLER (2015) is written and directed by Canadian filmmaker Sheldon Wilson. Most of Mr. Wilson’s work that I am familiar with has been made for television, such films as RED:WEREWOLF HUNTER starring Felicia Day and CARNY starring Lou Diamond Phillips.

This film opens on a shark hunter named Chase (Derek Theler) on a beach in Hawaii as the mayor reopens the beaches following a shark attack. Chase feels the re-opening is premature, and the mayor gives him a piece of his mind on that. Of course Chase is proven right when a shark turns up and attacks a raft full of swimmers. 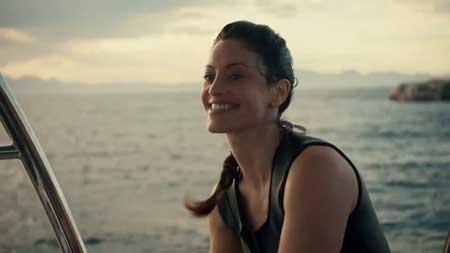 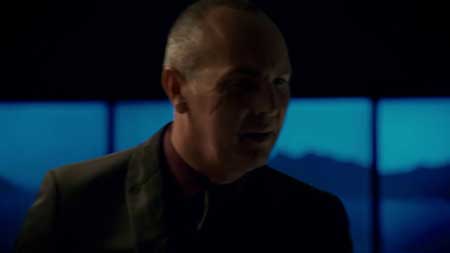 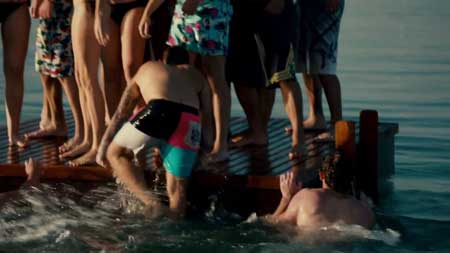 Sound familiar? Yea, I had the whole JAWS vibe, too. Honestly, I believe the filmmaker did that on purpose as misdirection. That vibe starts to fall away fairly quickly and the film becomes something else entirely.

A lawyer named Jasmine (Erica Cerra) shows up at Chase’s hotel with an envelope containing a gold and diamond encrusted shark tooth. This little trinket is a message from Chase’s brother Jake (Paul du Toit) in South Africa. 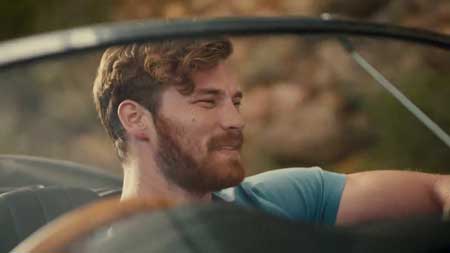 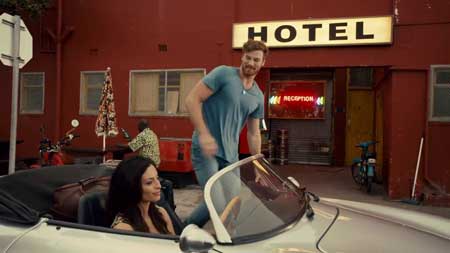 Jake is calling in a favor. Jake has lost something very valuable – a huge, flawless diamond – and needs Chase to help get it back. It was swallowed by a shark, along with who ever was holding it at the time. Reluctantly, Chase agrees to help. See, Jake saved Chase from being eaten by a shark when he was a kid and has held that over him ever since. So when Jake needs something, he reminds Chase of the favor and expects him to come running…which apparently he always does.

Almost immediately, Chase is confronted by a bunch of goons working for local kingpin Nix (Arnold Vosloo), who also wants the diamond. Actually, he is to blame for the diamond being a shark’s belly in the first place. And unlike Jake, Nix is not very polite about his request for help.

Trapped between his rotten brother and a South African drug lord and gangster, what’s a shark hunter to do? Well, we wouldn’t have much of a film if he just went home, right? 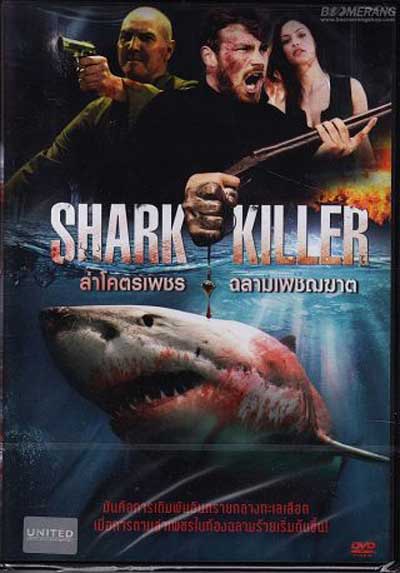 This film is more like three films in one. We have the shark story, of course, but we also have the story about Jake and Chase and their strained family relations. We have a great gangland kind of story once Chase arrives in South Africa. And of course, we have the buddy picture/love story between Chase and Jasmine.

The dialogue is snappy and funny. The timing and chemistry between all the actors is right on.

Filmed entirely on location in Cape Town, visually the film is stunning. Beautiful underwater camera work of marine life and actual wrecks mixes almost flawlessly with CGI and blue screen effects. There are moments where it is quite obvious that things aren’t real, but a fair amount of the time I wasn’t sure. None of that “bruce the Shark” stuff we would have seen 30 years ago, and while a lot of stock footage is utilized, it is used well. Gore is minimal, but this is a matter of quality over quantity. A prudent choice by the filmmaker.

I do have to note the amazing practical make up done for Mr. Vosloo’s character. I must also point out the stunt work and fight choreography. There is so much going on in this film, it’s hard to really narrow down the high points. There are a lot of high points.

Do sit through the credits, not for a button or tag but to hear a great song by legendary musician and anthropologist Johnny Clegg. I don’t get to put together that sort of string of descriptives very often. Feels weird… 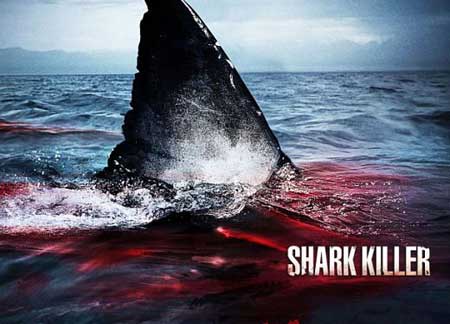 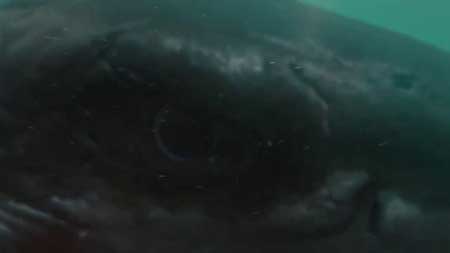 So to sum up, A shark movie that isn’t really a shark movie (but there is a shark in it), shot beautifully with really high production quality, a talented cast, incredible score, and some truly nice gore towards the end.

And to be completely honest…..Mr. Theler’s nude “butt in the sunlight” scene is just a bonus.

So on a scale of to ten, ten being awesome, I’m giving this film 8 shark teeth. 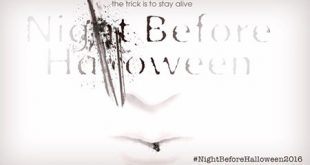 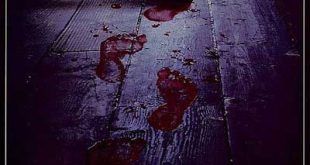