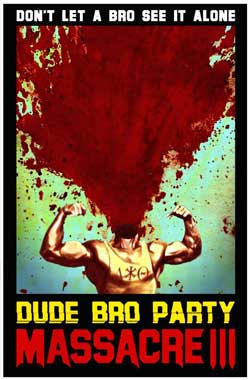 In the wake of two back-to-back mass murders on Chico’s frat row, loner Brent Chirino must infiltrate the ranks of a popular fraternity to investigate his twin brother’s murder at the hands of the serial killer known as “Motherface.”

Straight off the bat, I had mixed expectations for Dude Bro Party Massacre 3. I love budget horror (as I have mentioned a number of times on HorrorNews), but with a name like that, I wasn’t so sure. DBPM3 (as I’ll refer to it from here on out – it’s a bit of mouthful otherwise) is the first cinematic offering from the team behind ‘5 Second Films’ – the entire premise was based on one of their original shorts – and I really enjoyed their work, so it can’t be all bad… Right?

DBPM3 opens with the murder of Brock Chirino (Alec Owen), the protagonist of the first two films (which, unfortunately for all of us, are lost in the mists of time…), by yet another incarnation of the masked killer, ‘Motherface’ (Olivia Taylor Dudley). She’s out for revenge against the Delta Bi Theta frat house, and poster boy Brock, who we’re led to believe has survived two Dude Bro films so far, seems like a good place to start this time around. 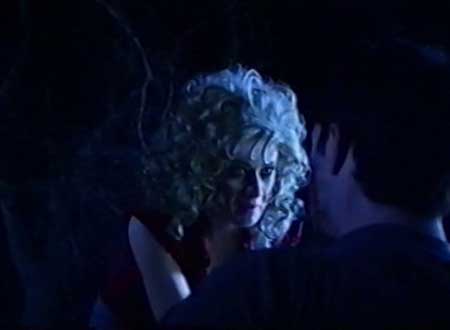 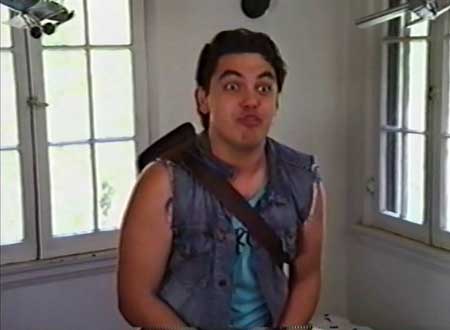 Following the death of his brother, Brent (also played by Owen) attempts to join Delta Bi Theta in an attempt to unmask Motherface and solve the string of murders which has occurred on Frat Row. He’s joined by Nedry (Jon Salmon), a wheelchair bound zoology major (a pack of wolves took the use of his legs, so he says), who has ‘sidekick’ written all over him. Together, they enter the fraternity in the hopes of pledging.

So, we’re introduced to the members of Delti Bi Theta – there’s Derek (Greg Sestero), ‘the friendliest guy you’ll meet’; Z.Q. (Mike James), a film enthusiast who, according to Derek, makes some very ‘artistic’ workout tapes of his bros; Spike (Michael Rousselet), a party animal; Sizzler (Jimmy Wong), one of Delta Bi’s pledges; Samzy (Ben Gigli), a close friend of Brock’s who seems to have trouble distinguishing him and his brother apart; Todd (Joey Scoma), a pre-med student (and his crazy girlfriend, Samantha, played by Kelsey Gunn); and Turbeaux (Paul Prado), who looks every bit the tough guy in his cut off denim jacket. 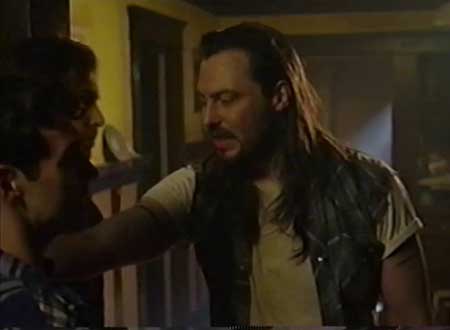 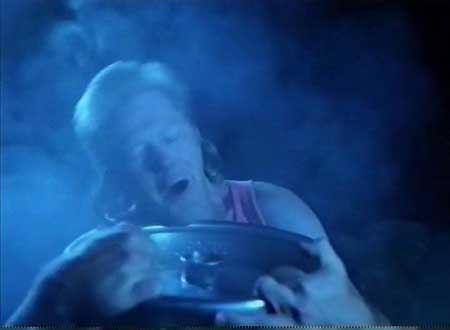 To prove themselves, Brent and Nedry are pumped full of alcohol and sent off to carry out Delta Bi Theta’s senior prank. After it all goes horribly wrong, causing two commercial airliners to collide over an orphanage, the Delta Bi brotherhood are suspended by Dean Pepperstone (Nina Hartley) and banished to the Old Sorority House by the lake during Greek Week. Once there, the group are pursued by Motherface, who kills them off one-by-one in typical slasher style.

Meanwhile, the police chief (Patton Oswalt) is in need of a virgin sacrifice (apparently, to give Motherface the power she needs to defeat the Delta Bi fraternity), and so conspires to send Officer Sminkle (Brian Firenzi) to his death under the watchful eye of Candace Buttiker (Maria Del Carmen), a naval academy graduate. 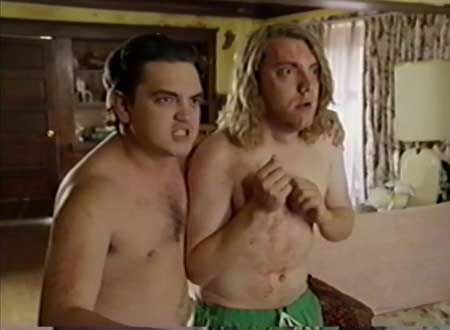 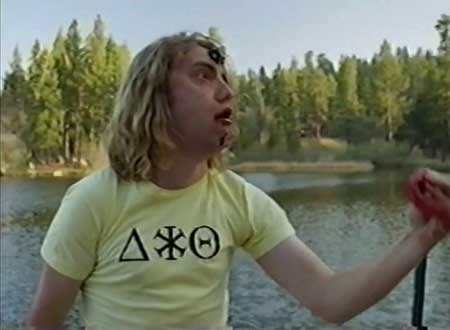 I’m torn by DBPM3. It falls somewhere between parody and homage. It mocks itself and the genre in general relentlessly, pointing out its own glaring plot holes and inconsistencies, while simultaneously giving a nod (in a dude bro sort of way) to the slasher films of the eighties. It also boasts the record for the most kills in a slasher – a death toll in the thousands (if you include their previous senior pranks), far more than the previous record holder, 2012’s The Summer of Massacre. In that respect, it’s hard to dislike. It’s also totally mindless, and while I’d really like to think that I prefer something a little more cerebral, I found myself laughing out loud a number of times. While there are some awful jokes, they didn’t take away from the rest of the film.

The special effects are simultaneously terrible and hilariously good, with plenty of creative onscreen deaths for the gore fans among you: murders involving everything from beer kegs to cute little puppy dogs. It can’t be topped, however, by the death of the paddleboat driver – I won’t spoil it here, but it was completely unexpected (and kind of sad), making it all the more funny.

Rousselet, who is also one of the film’s directors, is a big fan (perhaps a bit of an understatement) of the infamous so-bad-it’s-good epic The Room, and it almost shows in the way DBPM3 is put together, though it’s hard to replicate Tommy Wiseau’s unintentionally awful delivery. Those of you are fortunate (or not, depending on how you look at it) to have seen Wiseau’s ‘masterpiece’ may recognise Greg Sestero as Mark, the best friend of Johnny (Wiseau). There’s also a cool cameo from Larry King as Coach Handsey – King had previously expressed his interest in being killed in a feature film during an interview with 5SF. 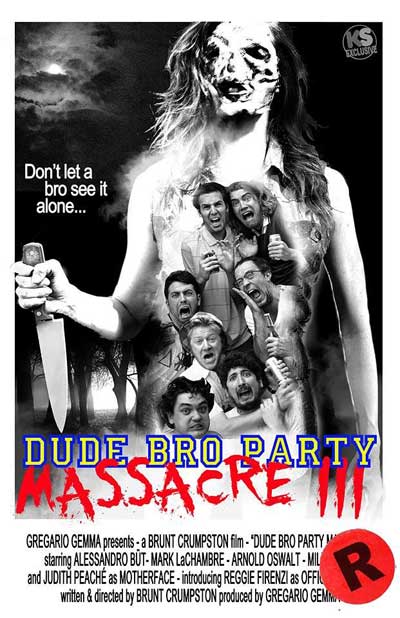 DBPM3 is a real group effort. The film was funded by a Kickstarter, so it’s obvious that there was a lot of fan support from the outset, and there’s some amazing chemistry between the cast members – it’s obvious that they really enjoyed the filming. If you’re more of a fan of highbrow humour, then DBPM3 definitely isn’t for you. But if you’re okay with the idea of sitting back and lowering your standards a little for some laughs – it’s surprisingly easy – then it’s definitely worth checking out. 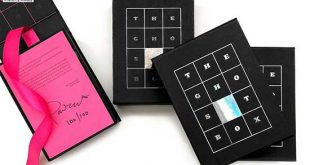 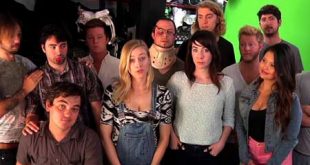 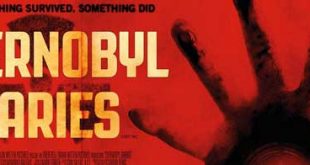