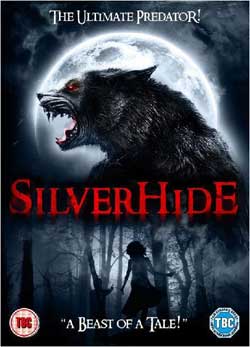 After receiving a hot tip that a highly classified test has been scheduled at a top secret military base, a trio of reporters stakes out the base to get the story. As the evening progresses, they eventually learn the full import of what is being tested and how far the members of a clandestine organization will go to protect their secret.

I had a lot of fun and a few goosebumps with Silverhide, a low budget conspiracy thriller produced by Other Dimension Films Ltd in conjunction with Groom Lake Illusions. The film was written and directed by Kelly R. Robinson, who also served as producer, cinematographer and editor.

The movie is set in the Black Mountains of Wales near a top secret military base. The story begins with a photographer (Matt Brewer) concealed in a tent, taking shots of sheep from the outside of the base’s electrified, chain-link fence. Beside him in the tent, is a copy of a conspiracy magazine, UFO Uncovered, with the headline, “Mystery Disappearance of Committed Conspiracy Theorist.” Suddenly, the night silence is broken by guttural growls and through his camera’s viewfinder, the photographer sees that one of the sheep is now on its side. He watches as the sheep’s belly is ripped open and its entrails spill out on the ground. But there is nothing else visible in the camera’s viewfinder, nothing that could’ve caused the disembowelment of the sheep.

A day later, we meet Sinead, Marty, and Laura, who are also outside the base. The three work for a conspiracy magazine and are hot on the trail of a story. Sinead (Kelly Wines) has received a tip that something highly classified – “way, way above top secret” – will be tested at the military base in the early hours of the morning and they are determined to get the story.

Silverhide has a multitude of cues to trigger your conspiracy Spidey-sense.

First there is an underground bunker, complete with “Restricted Access – Authorized Personnel Only” and “Silverhide Access Only” signs inside. There is also a large, red, palm button labeled “Emergency Stop” and a gas mask hanging on the wall. To top it off, there is a copy of the same issue of the magazine we were shown in the photographer’s tent during the opening.

Next there is Sinead’s father (Sean Hoye) and his reported suicide. His body was never found and Sinead believes it is a staged suicide and disappearance.

We also revisit a base sentry, codenamed Blackstar (Phil Stone), throughout the night. In one radio communication, Blackstar, after hearing unexplained noises, asks if there are any classified personnel out and about. He gets one of those if-there-was-I-couldn’t-tell-you answers and Blackstar replies, “Yeah, that’s what I thought.”

At another point, we learn that the photographer has evidence of the first civilian sighting of Silverhide, an animal the government and military have had in their possession since the 1920’s. The creature has a unique attribute which makes it unusually deadly, and of course, the military has been trying to figure out how to duplicate this ability so that it can be weaponized.

And then there are the men in suits that Sinead says have been following her for months.

There’s a lot to like about Silverhide. The complex story line has elements of science fiction and horror with an effective twist at the end. The pace keeps things moving over its 73 minute runtime. The practical effect creature, credited to David Foxley, was well done and convincing, especially considering the budget. In fact, I thought some of the quick cuts of the creature, though effective at building tension, could’ve been slightly lengthened to show off the title character a little more.

On the other hand, there are a couple plot devices that didn’t seem plausible to me. At one point, Sinead stays in the bunker while Marty (Jordan Murphy) returns to Laura (Lucy Clarvis), who is stationed in a tent outside the base’s fenced perimeter. The only justification given for Sinead remaining in the bunker and separating from Marty is that she feels like being alone after discussing her father’s disappearance / suicide. We also learn later that Marty forgot his radio in the car. These two devices might work in a less critical situation, but they’re particularly lame when the characters are participating in a dangerous, undercover investigation. These two manipulations seemed like a poor way to justify separating Sinead, Marty, and Laura while restricting communication to between just Sinead and Laura. 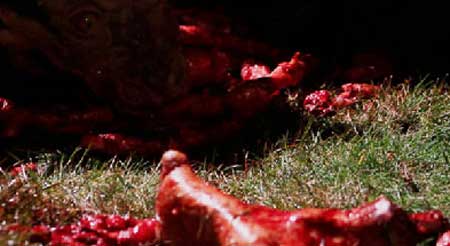 Even so, Silverhide held my attention and was worth the watch. I rate it a 3 on a scale of 5. 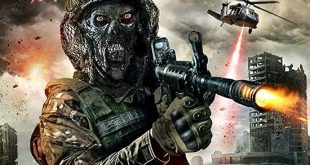 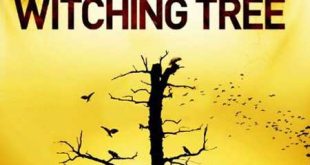