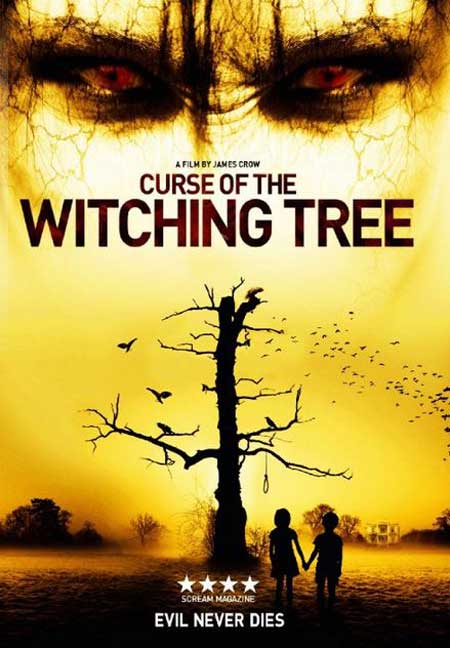 An innocent woman, accused of murdering her son and hanged as a witch, curses a tree and the children who play around it. The effects of this act of revenge echo through the years and centuries, and restless spirits haunt the house where the bodies of the cursed children have been buried. A family move into their new home, and begin to uncover the terrible truth behind The Witching Tree and the murdered children upon which they unknowingly sleep…

Horror films have taught many valuable lessons. As characters who occupy this macabre cinematic universe rarely demonstrate so much as a sliver of collective memory or experience, the viewer observes their follies under the assumption that he or she would fare better should the line betwixt fantasy and reality dissolve. After all, unlike the majority of those unfortunate fictional souls, we’ve learned a thing or two:

A “down” villain isn’t necessarily an “out” villain.

The haunted house picture often drops the same cautionary knowledge, but has a tendency to focus on one universal message imparted by all within the genre: City slickers should keep their freshly-scrubbed asses out of the boonies. Don’t visit there. Don’t vacation there. For the love of all things holy, definitely don’t purchase property and move there.

Producer/writer/director/editor/photographer/caterer (that last credit was a joke, I think) James Crow delivers a supernatural thriller hinged upon the circumvention of this particular guideline with his feature length debut, “Curse of the Witching Tree.” A tale of loss and acceptance competently presented and performed by its primary players, our latest never quite attains its groove amidst an unnecessarily confused plotline and bombardment of exposition connected more by necessity than organic narrative thread.

Sarah Rose Denton stars as Amber Thorson, whose husband languishes in a coma for undisclosed reasons. Despite a bleak prognosis Amber holds on to hope that he will awaken, following through with his purchase of an isolated pig farm as a surprise when he regains consciousness. This decision doesn’t sit well with collegiate daughter Emma (Lucy Clarvis, a British Katherine Isabelle if there ever was one), who is chagrined by the thought of daily chores and inevitable boredom. Adolescent son Jake (Lawrence Weller) promptly names the livestock and voices his desire to become a vegetarian.

Unbeknownst to the dysfunctional trio, a powerful witch named Isobel Redwood was hung from a tree residing in the forest adjacent to the property nearly half a millennium earlier. In her final words she cursed the village’s children, leading to the disappearance of nine youngsters during the years of the Bubonic Plague. There’s further mumbo jumbo involving Isobel’s murdered son, a suicide in the barn and an exorcism performed by a psychic. That’s right, a psychic. These layers of backstory are clearly a combined excuse to leave the door wide open to any various incarnation of supernatural entity deemed fit for the moment. Not since “Insidious” have so many random spirits just hung about a central locale, awaiting justification for their involvement in the proceedings.

As the family adapts to country living, Emma suffers from nightmares as Jake experiences frightening visions after being goaded into an Ouija board séance with local bullies. It bears mentioning that although Jake is obviously of tween age, his tormenting “classmates” all look old enough to be tried as adults for their actions. Concerned with her brother’s strange behavior, Emma relates her fears to Father Flanagan, portrayed by Jon Campling of countless supporting roles in genre fare. Luckily for her, he proves to be a wealth of information regarding the farm and points her in the direction of Eva (Caroline Boulton, last year’s “Hercules”), the aforementioned medium/exorcist. 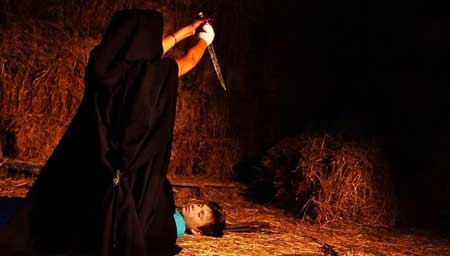 Like a formulaic episode of “Law & Order” (which could be a redundancy), “Witching Tree” follows Emma through three separate meetings with others who conveniently connect the dots for both her and us. This girl is one of the luckiest junior detectives in recent memory, though her conclusions do little to sway Amber’s belief that everything is above board and her offspring are simply losing their minds simultaneously. A second round of contacting the spirits via Parker Brothers, performed by Emma and her dull boyfriend who wasn’t worth mentioning until now, proves just as futile in saving Jake’s soul. Two more séances occur before the credits roll, bringing the grand tally to four for those merely skimming and not keeping score. If at first you don’t succeed, I suppose.

Keeping the enterprise barely afloat and providing its strongest assets are the three untested leads representing the Thorsons. Denton, Clarvis and Weller share a dynamic that smacks of authenticity in the face of a surrounding environment that doesn’t hold up its end of the bargain. The best moments entail their core familial crisis, not the silly “something’s-there-and-now-it-isn’t” jump cuts that infest the film like ants at a picnic. The stale dialogue imposed upon secondary cast members doesn’t aid the cause, and the attempts at ominous foreshadowing (“The house had a few problems. . . with the roof”) fail in spectacularly funny fashion.

With a handful of shorts to his credit, Crow’s camera betrays a potentially talented eye behind it, but his pen can make no such claim here. Thus, the tension he constructs throughout serves only to prelude an onslaught of cheap scare tactics. Equally undermined is Pete Coleman’s lovely score, which shares audio space with awful pop ballads that sound as if they should be introduced by Casey Kasem as long distance dedications. 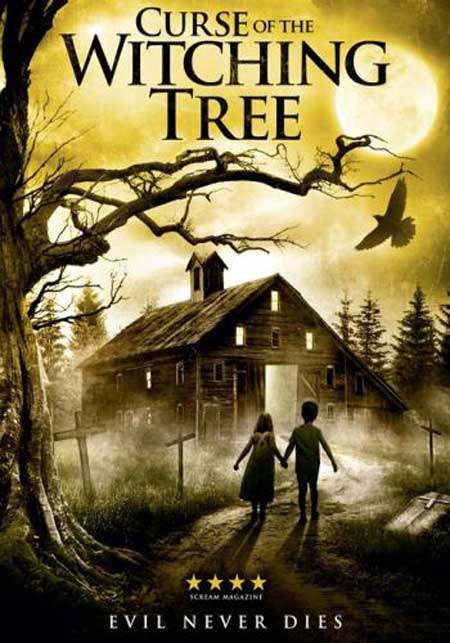 The most successful achievement “Curse of the Witching Tree” can lay claim to is the same feat often dreaded by those of its ilk. It reminds of far superior screen ghost stories that have come before. Not without attributes (for an example of the utterly charmless see last year’s “Lucifer’s Night”), but remains another forgettable entry in a swiftly expanding catalogue. I doubt you’ll regret giving this one a pass. 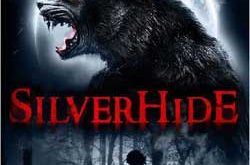