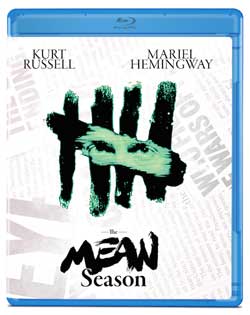 Malcolm Anderson is a reporter for a Miami newspaper. He’s had enough of reporting the local murders and so promises his school teacher girlfriend (Christine), they’ll move away soon. Before Malcolm can hand in his notice, the murderer from his latest article phones him. The murderer tells Malcolm that he’s going to kill again. The phone calls and murders continue, soon Malcolm finds that he’s not just reporting the story, he is the story.

Released in 1985, The Mean Season stars the beautifully coiffured Kurt Russell as Malcolm Anderson, a highly moral journalist of a Miami Newspaper. Malcolm is admired and respected by his colleagues as the man to go to when a body washes up on the beach or drive by goes down. Malcolm, however, is tired of writing about death and is looking for pastures new. His partner, Christine (Mariel Hemingway), convinces him to move to a quieter town where he can get a job working on a local paper and she a job at the local school. Initially cold to the idea, Malcolm decides to go for it. Christine hands her notice in at her place of work, whilst Malcom gears himself up to break the bad news to his boss. Yet fate intervenes and Malcolm receives a phone call from a man claiming to be the perpetrator of a murder he’s written about. The killer, played by Richard Jordan, tells Malcolm that there will be more killings and he wants Malcolm to be the one to report on them. 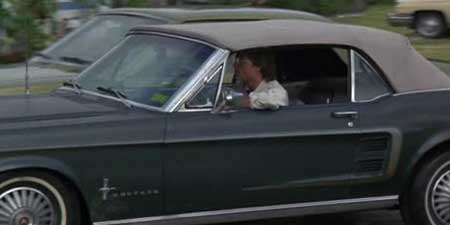 That’s when all Hell breaks loose. And by breaking loose, I mean slowly leaving the house without any desire to rush. Hell might even remember to make sure all the electrics are switched off and the cat has enough to eat before it leaves.

Despite the interesting premise, and play on the usual ‘This is my last case, Boss’ scenario we’ve seen in countless police procedurals, The Mean Season never makes on its promise of a dark game of cat and mouse. Initially disgusted with the killer, Malcolm forms a codependent relationship which sees the ace reporter jumping to attention at the slightest hint of a phone ringing. Feeling unloved Christine harrumphs and folds her arms in a tizzy, only loosening them to wag her finger at her irresponsible partner. 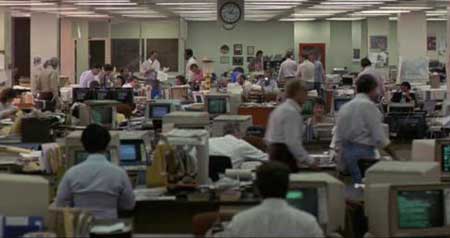 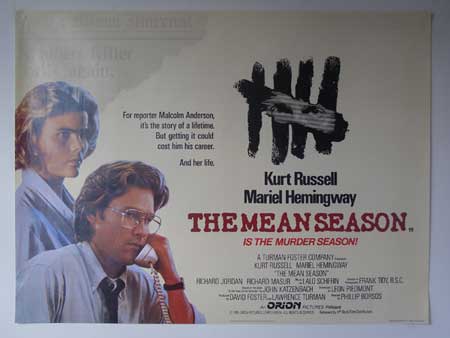 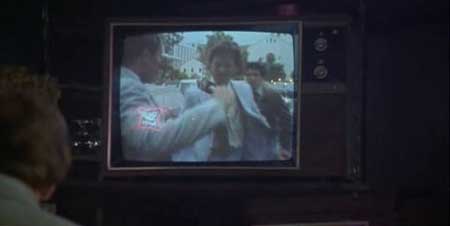 Before long the killer takes a dislike to the amount of the time Malcolm has under the spotlight and decides to exact his revenge. It’s all rather predictable fare you would be hard pushed to find anyone who would call The Mean Season a stone-cold classic. Being neither particularly thrilling nor scary. There are clear influences from real life serial killers here; Jack the Ripper, Zodiac and Son of Sam. Yet, this is never addressed and at times the phones calls remind the audience of the disaster flick, Rollercoaster. In short, it is all a little bit silly.

Russell gives an engaging performance that manages to ground the film when Jordan’s scene chewing threaten to send the whole thing down a spiral of pantomime. Hemingway, as hinted at, is given very little to do, with characterization that suggest some placeholder text was never revisited during the drafting stages. If her entrance read ‘CHRISTINE enters. She is a woman with legs’ I wouldn’t be surprised. 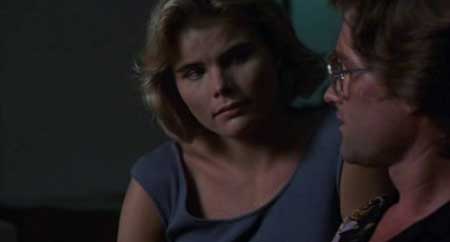 That said though, The Mean Season works well as a Sunday afternoon time killer. Something to put on till the in laws come over for the weekly roast. Rarely taxing, slipping this into the DVD player is like slipping into a warm bath. It just feels right and you’re in no desire to make quick exit. However, once the film is over, there’s nothing really here to warrant a second viewing. Nothing that really sticks out. 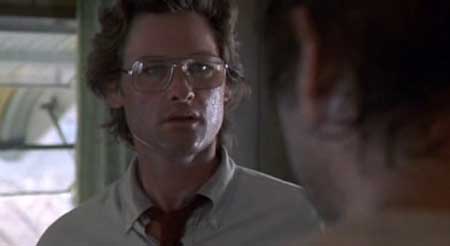 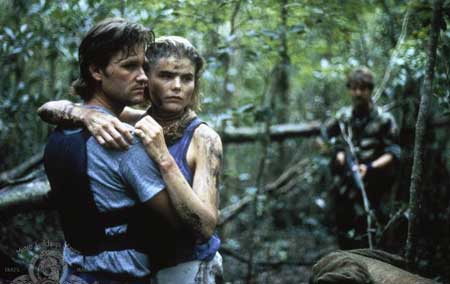 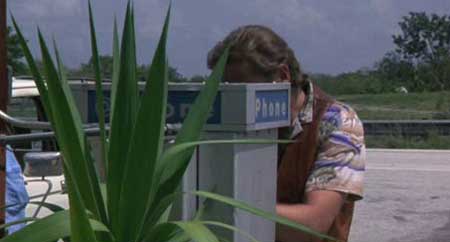 Perhaps it could be argued that the likes of Seven, Saw and even Law and Order have desensitized us to films like The Mean Season. It is, for a serial killer movie, rather anemic. Should Jordan’s killer cross paths with Kevin Spacey’s John Doe, it’s hard not to think he’d wet himself and run away in father; rather than roll up his sleeves and get stuck in. However, there are plenty of films that refuse to backlight their killers in garish green and prattle on like Hannibal Lector. No, The Mean Season is just not a heavy hitter.

Is The Mean Season mean? Hardly.