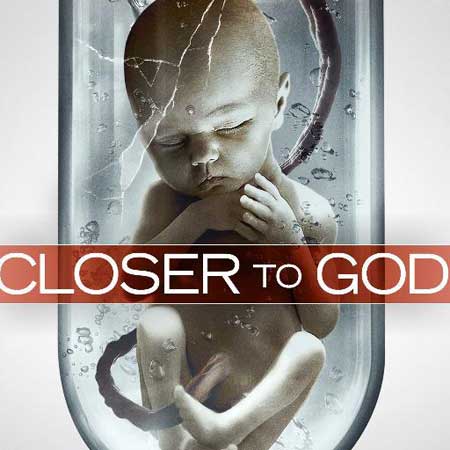 Actor, writer, director: Is there anything Jeremy Childs cannot do!? In his new film, he produced titled CLOSER TO GOD, Childs plays Dr. Victor Reed. Childs’ (“Nashville”, “The Last Castle” and “Country Strong”) spoke with me for an exclusive Horrornews.Net interview.

Did you do any research on doctors, cloning or gene therapy to play Dr. Victor Reed?

Mr. Childs – It was pretty interesting because the idea originated with Mary Shelley’s “Frankenstein.” Billy Senese, the director of the project whom I had done a couple of projects with prior to the feature. He would contact me and tell me what is happening now and he gave me twenty pages of backstory for the character, all the research he had done. He did a lot of the work for me. We met genetic scientist and found out a lot of fascinating stuff. It is not pro cloning or anti-cloning, the theme of the picture is actually the inevitability of progress and how we deal with this situation. It was a period of a year and a half. So much of the research Billy sent straight to me. The C-section and the birth and things like that (in the operating room) those were actual registered nurses that I was overseeing with. By the end of the shoot I had a pretty good idea of how to do a C-section, the correct way to put on your gloves and wash your hands. It was a very intricate, detailed process that only a nurse or a doctor would have known.
What is one the main reason you like working with Billy Senese?

Jeremy – We come from a similar school of thought.

What challenges did you face playing Dr. Reed?

Jeremy – I hesitate to call it a challenge but one thing Billy called me out on a time or two as we go into the process. Victor unravels gradually throughout the picture so the climax when he is out there with baby Elizabeth. It’s like he is totally frayed, it’s over with. In order for that moment to work everything had to be very measured. The character had to unravel very slowly and as an actor if you have a scene that feel like you can show in the series somewhere you want to take advantage of that. So he had to call me out a couple times with, yup were not there yet, were not there yet. Either than that I feel like we were both on point.

How did you feel playing a lead in a film?

Jeremy – I’ve never been the lead, I’ve played supporting leads before. I’ve had second leads and smaller features but I’ve never been the lead, lead in a film so going into it we talked a lot about color coding the scenes because a lot of it was shot out of order. I was a little paranoid going into it. In this scene I’m green which means I am just a little unraveled. It was either an interview with Sigourney Weaver or Sir Anthony Hopkins, they were talking about their process and what it was like to be a lead in the film and basically they said you get overwhelmed if you try to take it more than a scene or a step at a time. You have to dedicate and try and find your authenticity in every scene and then worry about the next scene and the directors there to make sure where you are coming to matches and of course as an actor you want to double check.

What did you take away from working with your fellow cast members and from the director Billy Senese?

Jeremy- Well, it is interesting as I look back on the project. It was kind of a surprise but the most important thing that happened was the relationships that I ended up building. I’m very proud of this cast and they are all friends of mine and working actors. I went to them individually and said look I’m a producer on this film, I believe in the director, I believe in the script. I hate to ask you to give an audition but he’s never seen you before, will you come in and will you do this. I have a really good understanding of the talent pool here. Everybody was on the same page. Billy was a friend before the projects we had done and he’s become a much closer friend now. I’ve always respected him as an artist. It was amazing what he was able to accomplish with what he had to work with because this is an independent film and I feel like it reads a little bit bigger than that and that is all because of Billy.

What advice would you give to other Artist (writers, directors, producers, actors)

Jeremy- I think for an actor, especially a young actor your process is very important and I think it’s important to be open to a lot of different techniques and a lot of different processes. If anyone comes to you and says this is the only way to do it, then you walk away because there is not only one way to do it. My own process is really not a matter of building a character, it’s not even a matter of trying to find a character. My process if very much about letting the character find me and trying to put up smoke signals so they know where I’m at. The smoke signals are your actor’s research and understanding where the character is in a given scene, how well the scenes work. Sort of like reading a novel, a character in a novel that you empathize with. You can give advice but if you are an artist you are going to keep doing what you are doing. I think the most important thing I could offer is I don’t know if it’s even a good idea but this is where I come from is if you are making a film and you’re writing a script, do it for yourself first because I do not understand how you are going to have any real heart otherwise. 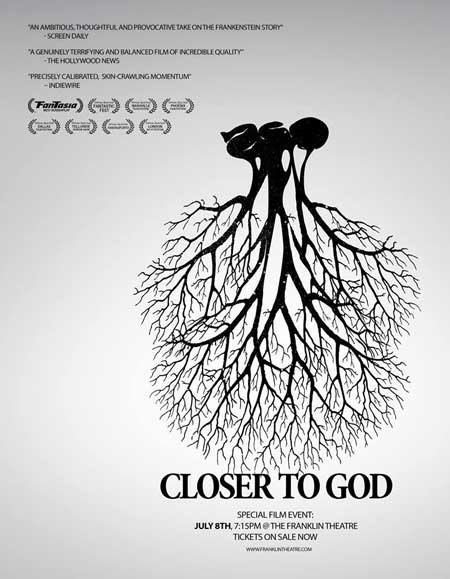 How did you feel about seeing Dr. Reed unravel?

Jeremy- We really wanted the look and feel to be like that seventies stock. Even the way I combed my hair. It becomes a little bit out of place as it goes along. The glasses get a little more crooked. It was fascinating how he kept up with all that because we did not have a script supervisor. It was in his head and this is what happens now, this is where you are, this is what you look like, this is the costume you are wearing. It is fascinating. I don’t think I’ve ever witnessed that with a director before.

The moment you are doing the press conference you see this film as an out of the box film. How do you feel about that?

Jeremy- That is great to hear. The marketing gods need to find a place for it. I think the best place for it is Indie Sci-Fi Horror Thriller. But you don’t go into it thinking oh this is what I am going to make. This is the genre I am going to fit into. Were both very heavily influenced by genre pictures, love genre pictures but when we talked about the tone pictures like The French Connection, Serpico and Audrey Rose came up. The only horror film that I remember being talked about was Rosemary’s Baby. That was more of a psychological horror and of course everything that he did.

Could you tell us a little about your upcoming projects?

Jeremy – I have a Sci-fi sketch comedy channel called the Nether Regions and we are developing a TV Show based on one of the sketches. I have a series that the season is actually finished shooting. It is called “Local Air,” and hopefully it will be out pretty soon. I play the antagonist to David Alford’s character. Alford who has been in “Closer To God” and then on fifty-something episodes of “Nashville.’ There is a show coming out on CMT called “Still The King,” that they haven’t starting filming the season yet but I am in the pilot. I have an indie that I am doing right now called “Fogg.” I play a character who is Scottish and Cherokee which I’m part Cherokee, which is cool. I have a thirty minute sketch comedy called “The Jeff Durham Show” which is all shot in real time and it takes place in a public access station. We have our first episodes of that up, which is pretty cool. There is a big, epic Western that they are in the pre-production stages in and they are shooting this in California. It is called “What Child is This.” I am going to Kentucky to film a short. W. Earl Brown wrote a music video that I helped produce and acted in last weekend. He is always looking out for me which is pretty nice because he is top notch.

What made you want to be an Actor?

Jeremy- The reason I wanted to become an actor was because of Christopher Lee. He had a huge impact on me when I was a little kid.

“Dr. Victor Reed is a brilliant geneticist who has just achieved a huge scientific breakthrough by successfully cloning the first human being, an adorable baby girl named Elizabeth. This immediately becomes a media spectacle and ignites a firestorm of debate concerning the moral and religious implications of such a discovery. Soon, Dr. Reed and his family lose all sense of privacy and safety as they are swarmed by protesters and the media. Their biggest threat, however, could be Victor’s own secret.”