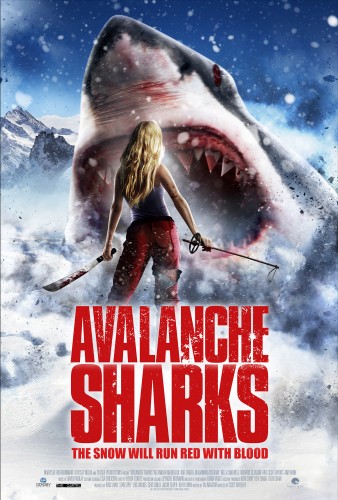 THERE’S SOMETHING LURKING BENEATH THE SNOW
The Mountain Runs Red with Blood in the Horror Sci-Fi Adventure  Available on Digital HD and On Demand June 30, 2015
Bikini Snow Day is the busiest day of the year at Mammoth Mountain, and the resort is packed with wild co-eds looking for a good time. When an unexpected avalanche rumbles down the mountain, it awakens ancient spirits in the form of massive sharks with a taste for human flesh. As the body count begins to pile up, the local sheriff must form an unlikely alliance with a motley crew of locals and tourists in order to kill off the terrifying creatures before it’s too late.

The shark infested feature film will be available on Amazon, Google Play, iTunes, Vimeo and VUDU, as well as On Demand with AT&T and DirecTV.