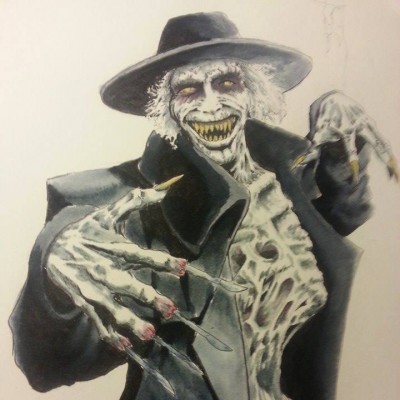 Latest horror funding project to come across our desk…..give it a gander and throw some love

It is about a secret government agency whose mission is to combat thano-sapiens, undead killers such as Jason or Freddy. This first story of a planned trilogy entails Joanna, a survivor of a thano-sapien attack at her college, who enlists in the SSTB (Supernatural Special Tactics Bureau). Shortly after she joins, Jack the Ripper returns as a demonic being, last seen when SSTB leader, Nathan Scrimm, blew his head off with a grenade in the 80’s. Now Jo, Nate, and the more-than-slightly-disturbed Agent Cooper race to discover the secret to stopping the legendary serial killer while battling an army of thano-sapiens under Jack’s control.

One of the great things about the book is that we are being allowed to use 15 different slashers from actual horror films for cameos. We have access to Thorn (Slasher House, Legacy of Thorn), Dollman (Methodic), Gurdy (100 Tears), Porkchop (Porkchop 1-3), Black Knight (Dead of Knight), BBK (Gutterballs), Billy (Billy Club), Crinoline Head (Crinoline Head, Dorchester’s Revenge), Bonesetter (The Bonesetter, The Bonesetter Returns), Jonah (Jonah Lives), Verden Fell (FrightWorld), Jack-O (Jack-O), Stitches (Stitches), Blood Widow (Blood Widow), and a 15th one I can not go into details with because he is A List and I have a TON of terms of use guidelines to follow.

With all of these cameos, we are setting a world record for most separately owned characters appearing in one crossover comic project. After publication, we will be making it official with Guinness. 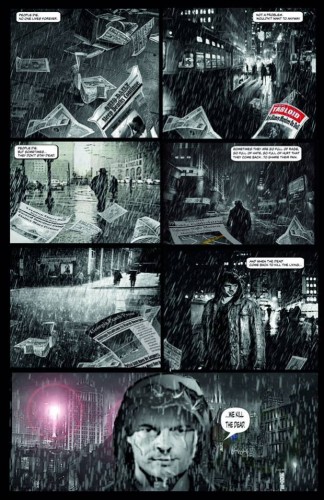