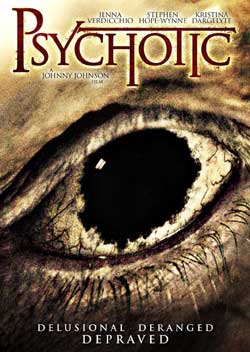 A psychologist is trapped inside a mental institution where all the patients have escaped and are on the rampage. (source: IMDB)

If someone asked me to sum up Psychotic using one word, I think I’d use “sausage”. Now I know you are asking “Mr. Caps, have you had a stroke? Sausage is not a word one typically uses to sum up an actual sausage, let alone a movie”, and to that I say… Sausage. 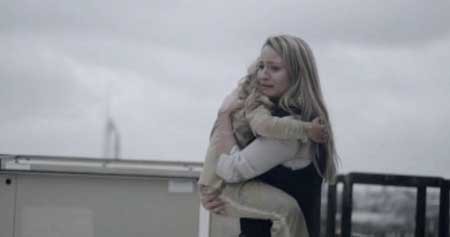 I used sausage because it is random and makes no sense in this context and was convenient for me to use, just like many of the scenes, actions, motivations and props in Psychotic. Things just happen because of, well, I can only assume sausage based reasons. People become unconscious because of sausage. Doors open the opposite direction to the way they were supposedly barged into because of sausage. People do things because of sausage. An unknown device, I’m guessing a sausage making device, magically turns people evil after some sausagey liquid pools near it and is never referenced or re-visited ever again after this one scene. There are so many sausage-based moments in this film it completely undermined what the P*rn-named writer, Johnny Johnson tried to create; a tense thriller of tensey proportions. Instead we get a sausage-fest and not the kind you’d find in a male stripping troupe.

The story begins inside a mental institution in its final days of tenure. All but the craziest of crazies have been relocated and only a few staff remain, amongst them Dr. Helen Kingford (Helen Verdicchio), not-so-very-nice guard Thomas (Steve Wynne) and Dracula sounding crazy, Lara (Kristina Dargelyte).

When Thomas is told of his redundancy he doesn’t take the news well and decides to try and rape the good doctor. Though he doesn’t do anything to her that would cause her to go unconscious, and leaves her CONCIOUS when she manages to fend him off, she is, for what I can only assume is due to sausage based reasons, magically unconscious when a nice guard finds her… WTF?!

Anyway, Thomas decides to torture the residents for one last hoorah so he corrals his henchman Joshua (David Aldridge) and they have fun with one particular crazy. Something goes wrong… DUN DUN DA! The aforementioned sausage making machine turns Thomas and the crazy dude into super evil, er, people and shenanigans ensure. Oh, and Joshua still decides to help Thomas out of his murders and tortures because… well… Sausage…

Even though a nice guard rescued her from the cell she was locked in by Thomas, Dr. Helen is left by him still unconscious in another room, STILL BOUND on a gurney (I blame the sausages). Fortunately she comes to and tries to escape the horror within the walls with the help of Dracula— I mean, Lara. Along the way they fight other residents who have somehow escaped (their cell doors must be made of sausages), find a small child who sleeps in the underground network of tunnels, more sausage inspired moments occur and eventually we have a sausage-filled ending of anti-climactic proportions. Can the Doctor trust Lara? Will they escape the confines of the institution or will Thomas murder them? Will the little girl ever say “They mostly come out at night, mostly?”

To its credit, Psychotic had a pretty good score. Music undertoned scenes well and it was neither disrupting nor mismatched what was on screen. Cinematography, though nothing Oscar worthy, was professional and solid enough. Acting by Helen, Kristina and Steve was realistic and helped the film greatly. If they were as crap as the supporting cast Psychotic would have been a horrible mess. Most of the gory scenes were done off-screen, obviously for budgeting purposes, and the little gore that was shown wasn’t very well done, but this is typical in low-budget films and can be easily overlooked by the viewer. They comfortably convey what you need to know/see. 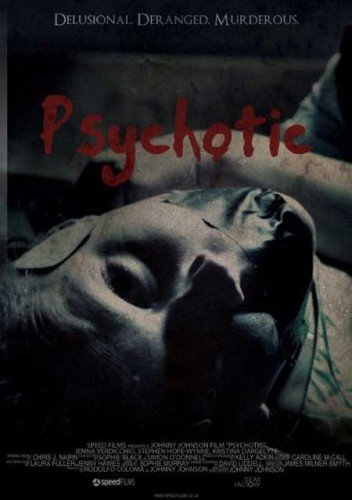 The base components (bar the script) were solid enough for a run-of-the-mill affair but script sausages brought it waaaay down. I can disregard the low-budget effects. I can accept poor acting. I can squint through bad lighting. I cannot handle massive plot holes/conveniences and scene jumps due to bad writing. If a viewer has to go back through a film to make sure they didn’t miss a scene or important information when they haven’t, it is a pretty clear indication of poor, lazy writing.

Would I watch Psychotic again? I highly doubt it. Would I recommend Psychotic to anyone? Maybe to aspiring writer/filmmakers as a guide on how to not write a script, but not to anyone for actual entertainment value. There are much better attempts out there with very similar storylines.