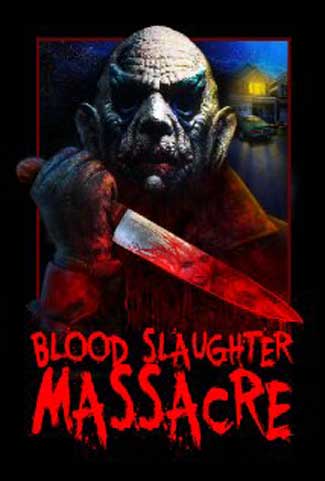 10 years ago, Officer James Fincher narrowly escaped being killed at the hands of a masked maniac. Now a Detective, a new string of murders has begun in Havenwood. Has the Ripper returned?

I’ve been rather impressed with the quality of indie horror films as of late. For awhile, I found myself at a point where I almost wanted to give up reviewing them. The good to bad ratio was most certainly not in favor of the good. So when the shift began my excitement for the films rose once again. There’s still plenty of dookie soiling the video store shelves but at least there’s a few more flowers blooming to cover up the eye sores. Something else I’ve been having fun with is the comeback of VHS. I was raised in the era of magnetic madness and my love for film was born through my thousands of visits to local video stores. When I decided to throw on BLOOD SLAUGHTER MASSACRE, I immediately felt dirty. It had nothing to do with the content in the movie, it had everything to do with the fact I was watching a digital review copy and not a tape. BSM deserves to be on VHS for many reasons, most notably the fact its very existence would have never materialized had it not been for the beloved format. It pays tribute to and takes place in the era that gave birth to the slasher film, Ma and Pa video stores, parachute pants, and Kajagoogoo.

The picture opens and it’s party time! A large group of folks are living it up and having a blast. It’s work related and a young lady decides to ask for a raise. Her boss has something else entirely on his mind. It doesn’t last for very long though. When the two police officers arrive to foster a noise complaint, they find all of the attendees slaughtered. One of those officers is attacked himself and barely escapes with his life. Ten years later, the killer returns to wreak havoc on the community. Det. James Fincher (Matt W. Cody) is no longer the rookie officer who almost died in the massacre. He’s hardened and flawed, he drinks too much to numb the pain of losing his wife and daughter because of the job. As the body count begins to rise, Fincher dives in head first to try and find the killer. He soon learns he’s an integral part of the killer’s master plan and time is running out. With a newfound drive, he hits the streets of Havenwood looking for clues that will lead him to the fight of his life.

What I loved about BSM was despite the fact there was no real money to play with, director Manny Serrano painstakingly takes the liberty to believably recreate the eighties slasher. His attention to detail is spot on and even more impressive when you factor in the budget constraints. It even makes sure to have one of the numerous kills happen in a video store! Everything you would expect to see in a film from that time period (alcoholic cop, masked killer, t&a, etc.) are represented with flying colors. The script (by Serrano and Louie Cortes) is very well written with fully fleshed out characters, flawed and all. 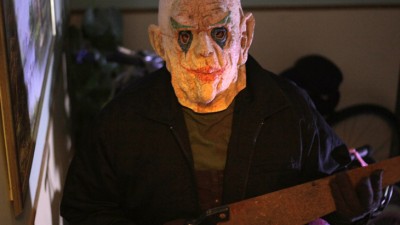 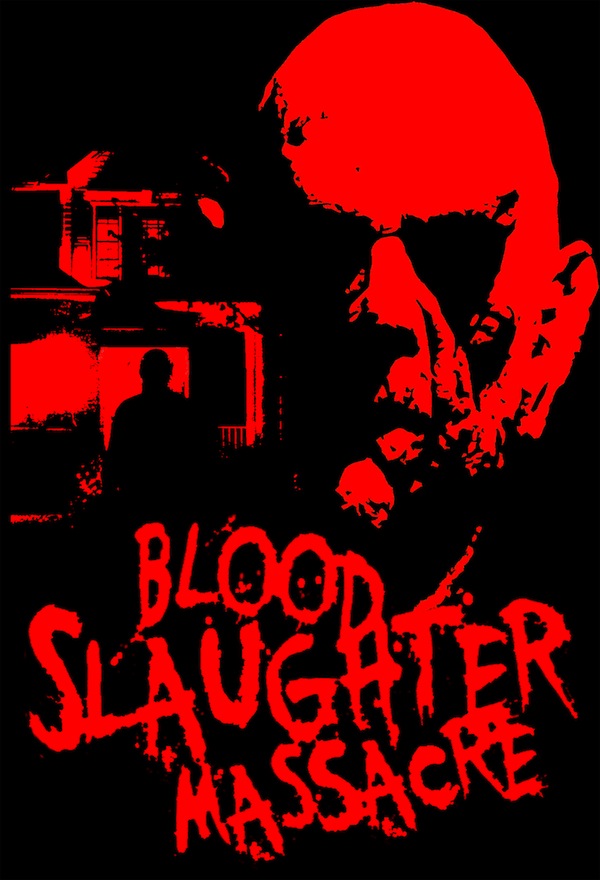 There’s only one problem with this film. It runs just shy of two hours and portions of the film drag a bit. This occurs mostly during the first act. It’s only a minor gripe though, once you get through those slower parts, the rest of the film will grip you in. I also admire how the film takes itself seriously. It’s not meant to be a joke but a real throwback, a true love letter to the genre. If you’re a true fan and know your stuff, you’ll find nods to the pictures Serrano was influenced by sprinkled throughout. The best way to describe the film is to say it’s HALLOWEEN meets SEVEN, a fitting description. With a solid cast and the vision of a man who knew what he wanted to (re)create, BLOOD SLAUGHTER MASSACRE sits at the top of Indie Mountain. Now, how to get this beast on VHS… (****1/2 out of 5) 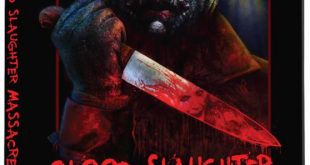