This summer, I invite you to become part of an epic, real time horror story that blurs fiction and reality. Horror photographer John J Dick will be taking a motorcycle trip across the country, staging murder scene photoshoots along the way. He will be tweeting daily the fictional account of serial killer Charles Henry Evans. Follow along with the internal thoughts of a man on a murderous rampage, as he makes his way across the nation. Naturally, there will be plenty of pictures tweeted along the way, as the murders are staged.
Models are already lined up from coast to coast. At each stop of the journey, John will be setting up elements of a story that gets inside the head of a man who slowly, but inexorably, sees his life spiraling out of control. What makes a person a serial killer? At the beginning of the journey, Charles Henry Evans is just a regular guy. Maybe a little antisocial. Maybe a little frustrated with the direction his life has been taking. But he isn’t a killer. At least not yet. The first murder that he commits is almost understandable. We all have a seed inside of us that is capable of doing something horrible when pushed to the edge. Torn by guilt, yet somehow emboldened by the experience, Evans will seek redemption on the road. But the road doesn’t always go as predicted.
At the end of the journey, the pictures will be edited and published into a scrapbook. There will be thoughts scrawled onto the pages. Fake newspaper clippings, detailing events of the murders. Everything will be set up to look like the diary and scrapbook of the fictional murderer. You can; find out more details, sign up for the twitter feed, pre-order a copy of the serial killer scrapbook, or just generally show your support at: www.indiegogo.com/projects/serial-killer-scrapbook 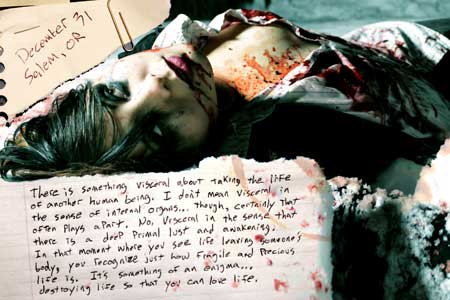 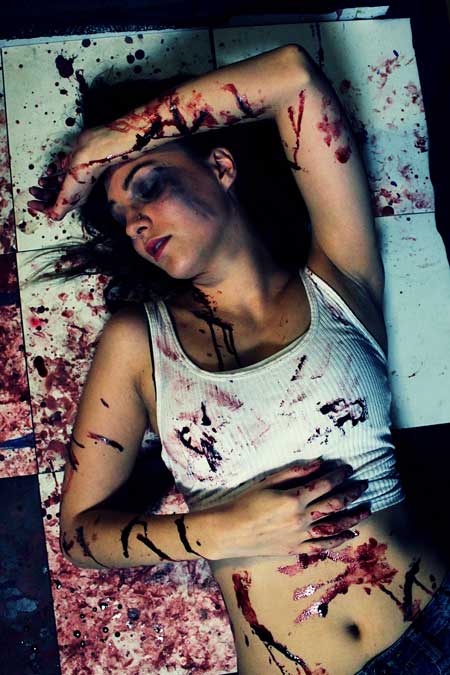 Tags Scrapbook of a Serial Killer