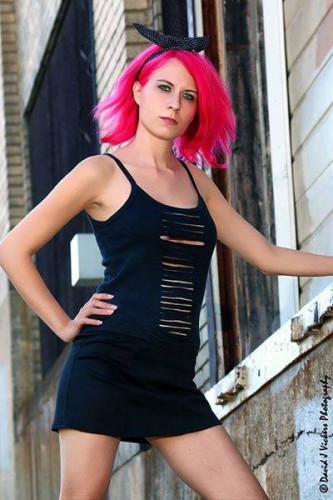 How did you get in to the horror industry?

I’ve always been a fan of horror films from a young age. I’ve also been a fan of the film industry and have always wanted to act. Between my love for the genre and my desire to act, it just fell into place. It was a very natural feel and something I love very much. As a horror actress what’s been the toughest thing you’ve had to deal with?

I don’t do nudity. You find a lot of that in horror and I always have to turn down roles because I won’t do it. There’s always that pressure to do it. I don’t think less of anyone who does those roles. It’s just not personally for me. I’ve had to turn down quite a few roles because of it and it is tough because they are amazing roles. I just can’t get into doing the nudity. Implied nudity isn’t a big deal. No one is seeing anything. I guess I’m still shy in that aspect haha What kind of horror films do you prefer and why?

This is a hard question. I typically love horror that borders thriller and suspense. Intricate plots that have depth to them. I love vampire and occult themed horror films too. Lost Boys is my all time favorite of vampire films. I like to feel there’s a motive and sense behind the story. Although there’s nothing wrong with a good slasher from time to time. If you could pick any kind of horror role to play what would you want to do?

I would love to do something like Resident Evil or Underworld. Something with a strong female character who is just the epitome of a total badass. I love those types of roles. 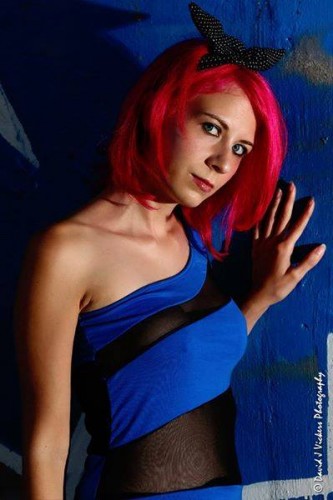 What do you got coming up?

I’m branching out from horror currently into sci-fi but horror will always be my first love. I’m preparing to film a series called ” The Strange & Mysterious Life of Jackson Bean ” which I’m super excited about starting. I can’t say too much about it other than it will be amazing. How can people contact you?

Facebook is good smile emoticon My personal profile is: facebook.com/christa.johnston and my fan page is: www.facebook.com/Actresschristajohnston

I love networking and getting to know new people. I’m very friendly. I can get along with most people. If you can get past the fact I’m strange and dorky, we can get along just fine!

Christa Johnston was born and raised primarily in Ashtabula County, Ohio. She acted in various school and church plays during her childhood before becoming a model at the age of 13 after winning several beauty pageants. She has done modeling work for Sears, JcPenneys, Cannon Camera, Axe and Straight Talk as well as various ad campaigns before deciding to pursue acting in 2010. Her film work can be seen in ” Chronicles of a Serial Killer”, “Carlos Dunn’s Katherine ” as well as a Tactical Bacon commercial and Zombiepalooza Radio commercial. She played the ex girlfriend in the music video for the band Through Deaf Eyes. She is scheduled to begin filming “Dracula’s War”, ” The Strange & Mysterious Life of Jackson Bean” and other various scheduled films yet to be announced. In addition to acting, Miss Christa writes for an indie magazine Called East Coast Indie and also writes screenplays and short stories. She is also going to be co-producing a film in 2016. 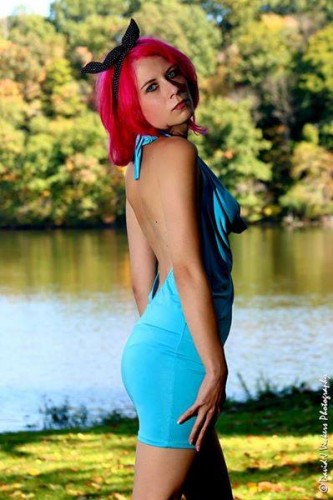