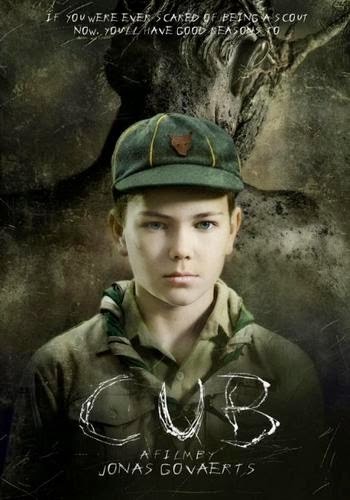 Over-imaginative 12 year-old Sam heads off to the woods to summer scout camp with his pack convinced he will encounter a monster…and he does.

When was the last time you remember watching a Belgian horror film? I’m guessing it’s been quite awhile (if at all) for most of us. There’s only been a handful of worthy films from the country to seek out, one such title being the recently released CUB (aka WELP). It may be somewhat conventional at times but the promise is there, an engaging story with strong performances, and a director with vision who delivers a highly positive experience, one you may not want to miss.

Sam (Maurice Luijten) is the one odd boy in a group of cub scouts. The other boys in the group have no problem bullying him around and he just takes it. Even one of the scout leaders, Peter (Stef Aerts) doesn’t seem to have any patience for him. At least Kris (Titus De Voogdt), the other leader, is sympathetic towards him and is there to help. The boys are all excited since their two leaders have planned a weekend of camping for them. On their way to the campground they pick up Jasmijn (Evelien Bosmans) who is going to be their cook (she also happens to be dating Kris). Everything seems to be going great until they get to the campsite they’ve rented. Two meatheads are racing around in their dune buggy and causing them trouble. Kris and Peter decide it best to find a different spot within the woods to set up camp. It’s a perfect area and the cub scouts couldn’t be happier. Their leaders try to frighten them with stories of the Kai, who is half boy, half werewolf, and haunts the woods. It would be a great campfire story if only it wasn’t true. The Kai (Gil Eeckelaert) does prowl in the woods and young Sam is the only one who is seeing him. When the Kai shows up and starts stealing stuff from the site, everyone is quick to blame Sam. They’ll soon find out it isn’t Sam and the booby traps in the forest are ready to begin claiming victims. 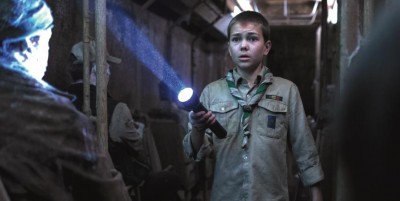 CUB takes its time setting up the suspense and thrills. First time feature director Jonas Govaerts masterfully creates a story which is compelling, dark, and has plenty of humor before the storm roles in. The only real problem I had with the film was the lack of any real history for our main characters. Sam was a problem child in foster care but where did he come from and why is he the way he is? I was fine with the Kai just how he was but he wasn’t operating by himself. His actions were being dictated by an evil man who controls the booby trapped forest from an underground bunker. They only touch upon the relationship between the two and it just seemed like it would be ripe for exploring. 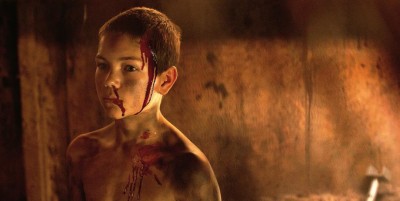 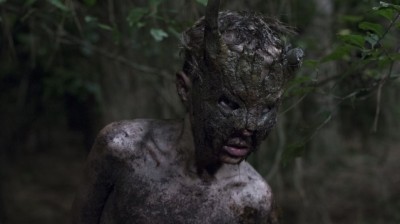 The cast was fantastic as was the cinematography by Nicolas Karakatsanis. Jonas is a bright new talent who will go a long way in the business if he keeps on progressing. He has shown far more promise his first time out than most and whatever he decides to explore next (a sequel maybe?) should be exciting. The score by Steve Moore (THE GUEST) brilliantly captures the synth sound of the 80’s with a modern twist. International audiences have already been enjoying the film, in States we will have to wait until August when it hits the home video market. It was surprisingly given an “All Ages” rating in its native country even with the large amounts of violence and gore present in the film (mostly found in the final act). I’m sure it will be released unrated here and this is without a doubt one you won’t want to miss. CUB may be just another violent story about a group of people being terrorized in the woods but it’s incredibly well made and a wild ride well worth taking. **** (out of 5) 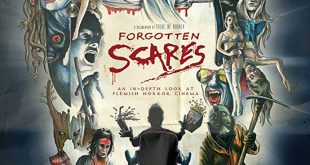 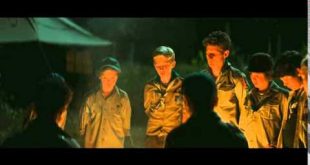