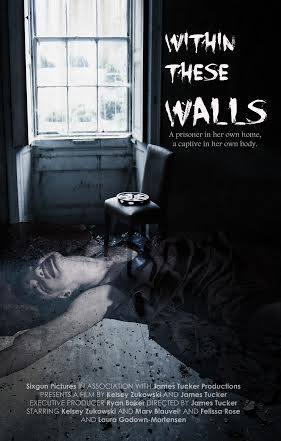 A prisoner in her own home, a captive in her own body. Assaulted and trapped with no one to hear her cries for help…and knowing no one will believe her if they do. This is the terrifying reality Alaina finds herself in when she moves in to the house her mother died in. At first she thinks it’s the loss of her mother that is haunting her, but she is soon shown it is something far more malicious and unrelenting. The spirit taunts her as it invades her body, mind, and soul, completely trapping her. Alaina has to fight for answers on what really happened to her mother if she has any hopes of survival. She must find a way to endure this monster who lives and breathes to rob her of her sanity as it demands a savage hold on her.

If you know where to look, the independent horror film scene is thriving with exciting and interesting material. There’s a large portion of talent (behind and in front of the camera) who are paying homage to the films of the 80’s and 90’s by designing films using the throwback mentality while developing and maintaining a voice of their own. One such voice who is dying to be heard is that of Kelsey Zukowski. She’s an actress, model, and writer who is carving out her place in the genre as well as helping to prove the roles women were previously offered in the genre are on their way out and in this new day and age, they’re going to take it over. Teaming up with director James Tucker, Zukowski writes and stars in WITHIN THESE WALLS, a slow-burn supernatural thriller that’s an obvious throwback using old school techniques to deliver a film worthy of your precious time.

Aspiring writer Alaina (Kelsey Zukowski) has made the decision to move back into her childhood home alone. It was a difficult choice for her since it was also the scene of where her mother died. Her father Will (Marv Blauvelt) is a bit reluctant but supports her in the decision. As she settles herself in, she plans on getting back to work on a book she’s going to write.

Soon, the reality of the situation begins to set in and she feels a presence in the house. She doesn’t think there’s anything to fear, believing it’s her mother, so she goes back to her initial plan. She tries rekindling old friendships but she just keeps to herself and her work. She soon realizes that the spirit isn’t who she believed it to be. In fact, it’s much darker than she could have ever imagined. It cuts her off from the rest of the world, invading her in every way possible, she strives to hold on to her sanity while trying to learn the truth behind her mother’s death. The only person who may be able to help her is psychic Sage Hawthorne (Felissa Rose), and even her experience may be no match for this abomination. 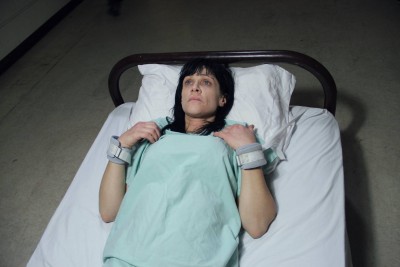 It should be noted that the version of the film I was given to watch did not have a completed soundtrack. There were several moments in the film where it would have been beneficial to be viewing the completed film but these have been forgiven. WITHIN THESE WALLS is important to horror cinema for two reasons, the first for proving you don’t need fancy CGI to get your point across and secondly, it focuses on character and story. In this day and age, the audience tends to have a short attention span and people like that may be turned off by this film. Alaina isn’t just a strong character, she’s a strong female heroine complete with flaws and all. Zukowski may show a bit of inexperience on screen, nevertheless, she gives the character her all and proves with time she will be a force to be reckoned with.

The supporting actors including Marc Blauvelt, Laura Godown-Mortenson, Jessica Rogers, and the others obviously believed in the vision of Tucker and Zukowski, giving their best performances to date. It’s easy to forget that the key to success is almost always simplicity. The story is simple and effective, the effects are simple and effective, and this all somehow works for what they were attempting to accomplish.

It’s obvious they work comfortably with each other (Zukowski appeared in the 2011 horror/comedy anthology PSYCHO STREET produced by Blauvelt) and I for one enjoy seeing how this tight knit indie horror community looks out for one another. With a bit of fine tuning, WITHIN THESE WALLS will prove to be a thought provoking examination of a damaged mind, the birth of a strong female character, and a terrifying journey into darkness. I’m not sure when this one will be available to the masses but it’s one to look out for. **** (out of 5)