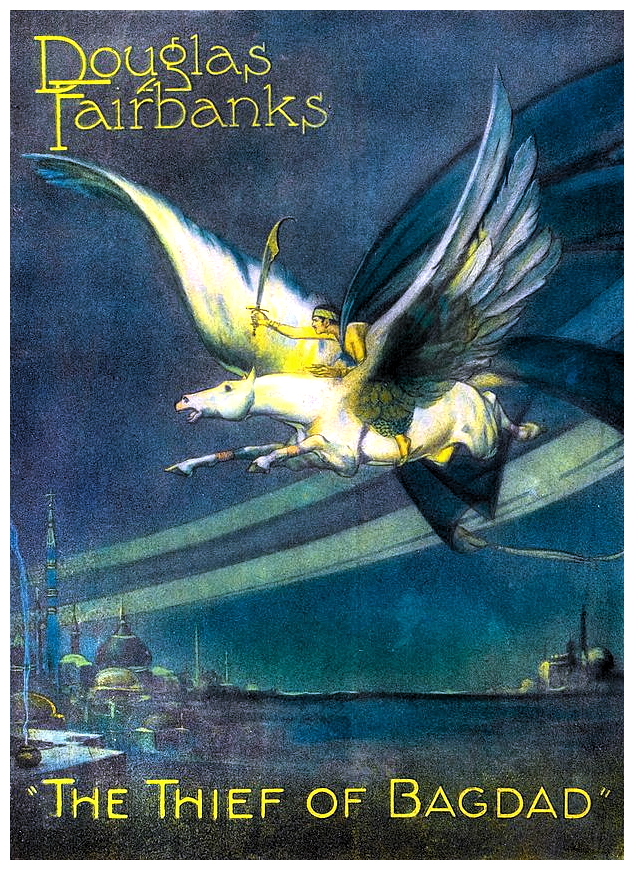 SYNOPSIS:
“The thief will steal the gold from your purse; the food from your house; or the magic rope. Whatever he wants, he takes and he has decided to steal from the Caliph – until he sees the Princess. He loses his heart to her and disguises himself as Prince Ahmed – one of four royal suitors for her hand. When she picks him, he is overcome and confesses to his true nature which gets him flogged and thrown out of the palace. But he can yet win the Princess as all the suitors travel to find the rarest of treasures. His trip is fraught with danger as he competes against the magic carpet brought by the Prince of Persia, the magic crystal stolen by the Prince of India and the magic apple taken by the Mongol Prince, who desires the Princess and the city of Bagdad.” (courtesy IMDB)

REVIEW:
By the time Metropolis (1926) was released in America, Hollywood had discovered fantastic cinema for itself, with early films of importance including Thomas Edison‘s Frankenstein (1910) and John Barrymore‘s Doctor Jekyll And Mister Hyde (1920). Later on the uncanny German style of symbolism was to be imported into Hollywood and there domesticated, but the main products of the twenties were rip-roaring fantastic adventures of a distinctly American kind. One of the first was The Thief Of Bagdad (1924) starring the incomparable Douglas Fairbanks. It was an oriental fantasy, pages snatched from the ancient tale of A Thousand And One Nights. Fairbanks crafted a silent epic action movie that inevitably showed him to best advantage. The plot combines both romance and quest as the beggerly, mostly bare-chested and always mustachioed Fairbanks is given the chance to win the hand of the princess if he uses guile and magic to complete his mission. 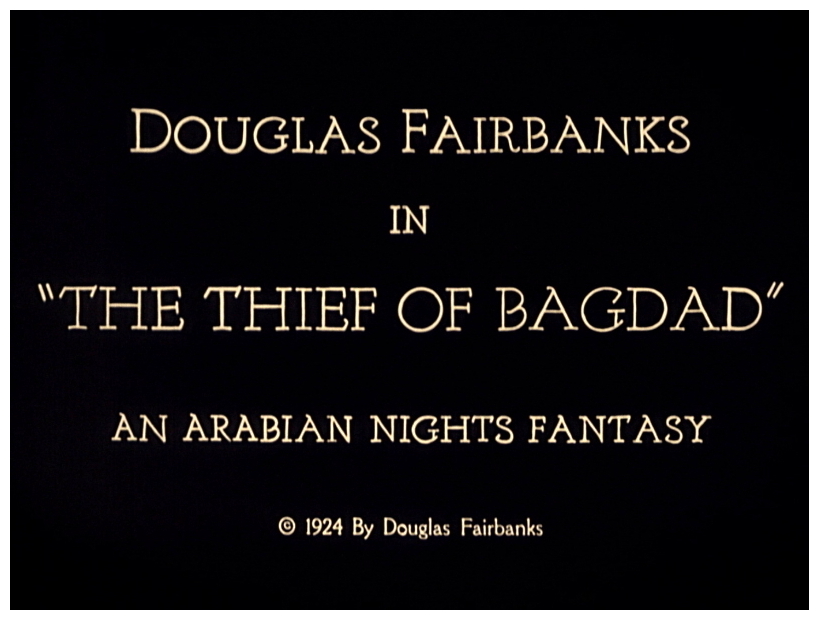 It was an adventure for all ages, and for every age. It has breathtaking beauty and poetry enough to stir the soul, it was lavish as a jeweled palace in some secret scented Eastern valley. In the cinema of the fantastic it holds a special place, for it is quite unequaled. No other Arabian Nights extravaganza has been able to match its wonders piled on wonders, its soaring majesty, its magic, its vision, its delights. Fairbanks sought to make an epic. Lavishly staged on Hollywood studio sets, it involved a twenty-eight-week-long shoot at a total cost of US$1,136,000 making The Thief Of Bagdad one of the most expensive films of the twenties. Art director William Cameron Menzies was largely responsible for the production design, closely following the requirements laid down by Fairbanks, who acted as writer, producer and star. Fairbanks’ meticulous attention to detail and complex visual imagery required the use of state-of-the-art special effects.

In this first version of the oft-filmed story, the hero is the thief himself (in later versions he became a prince who befriends the thief), displaying the dashing, athletic Fairbanks as the engaging thief in ancient Bagdad, somewhat reformed by his love for the Caliph’s daughter (Julanne Johnson), whose heart he seeks to win. In order to claim her he learns from a wise man that he must be courageous enough to find and possess a certain magic chest, and he does so after some fantastic adventures, returning to Bagdad just in time to save the kingdom of the Caliph from the invading hordes of a Mongol prince. In fact, the film is very much a celebration of the Protestant work ethic, with title cards exclaiming ‘Happiness Must Be Earned’ and ‘By Toil The Sweets Of Life Are Found’. Fairbanks is a swashbuckler with a heart of marshmallow: “I can bear a thousand tortures, endure a thousand deaths, but not thy tears.”

He is up against a wicked magician and his lovely assistant (Anna May Wong). Critics were unstinting in their praise for the film, calling the Bagdad of Fairbanks’ creation, “Huge and dreamy, magnificent and imposing, lavish and wonderful, its splendor almost indescribable, out-rivaling everything that has ever been attempted here or abroad.” Fairbanks, who had already tackled Zorro (1920), The Three Musketeers (1921) and Robin Hood (1922), continued with such examples of combined athletic zest and spectacle as The Black Pirate (1926) and Mister Robinson Crusoe (1932). By the mid-thirties the increasing corpulence of middle age decided his retirement – his voice wasn’t good, and neither was his heart. He retired to England in 1935 when his marriage to Mary Pickford ended. At over two-and-a-half hours in length, The Thief Of Bagdad announced its importance as a major production.

It also established the exotic fable as a mainstream action-movie staple. The director, Raoul Walsh, was one of the preeminent masters of action film-making, a knowing veteran of entertainment formulas who, despite crafting more than two hundred movies, never won an Oscar. Considered by some to be a little slow by today’s Hollywood standards, the film might sag a bit in the middle, but the sets and special effects still look amazing: The magic rope; the rose created from sand; the magic flying carpet; the white flying horse; and several rather lethargic monsters (defeated a little too easily). There was a remake sixteen years later, produced by Alexander Korda in Technicolor, and with more spectacular special effects (astonishingly made in war-torn England of 1940) under the helm of directors Ludwig Berger, Tim Whelan and Michael Powell.

Spectacular though it is, it simply doesn’t have the urgency and charm of the original. It also doesn’t have Fairbanks, substituting Sabu for the lead, but has a remarkable appearance by Rex Ingrams as the Genie. That being said, it’s a hundred times better than the the 1978 version directed by Clive Donner. Disney picked up the pieces and re-crafted much of the scenario in its animated hit Aladdin (1982) which became, for a while, the most successful animated movie ever made. The makers of the popular computer game Prince Of Persia (1989) supposedly patterned its swordplay and cliff-hanging scenarios on The Thief Of Bagdad, and special mention should also go to the Arabian Nights style swashbuckler The Scorpion King (2002) starring Dwayne Johnson in a half-decent attempt to re-capture the rollicking spirit of Fairbanks’ original, but that’s another story for another time. Please join me next week when I have the opportunity to throw you another bone of contention and harrow you to the marrow with another blood-curdling excursion through Hollywood’s twisted interpretation of the mysterious Middle East for…Horror News! Toodles! 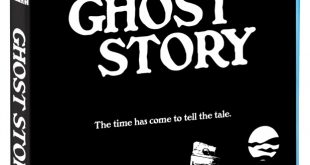 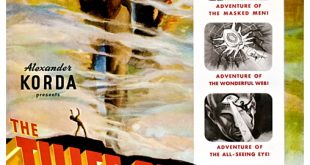