The three explorers’ journey will bring us to desolate more-nightmarish-than-ever places. They will spend one day and one night in the heart of darkness. Dark and horrifying stories resurface, macabre antiques that defy one’s imagination reemerge from the past and play on our nerves. Season Two will be full of nighttime twists and reality will blur with fiction to make us experience unprecedented fear, via an angst ridden paranormal expedition captured on film. 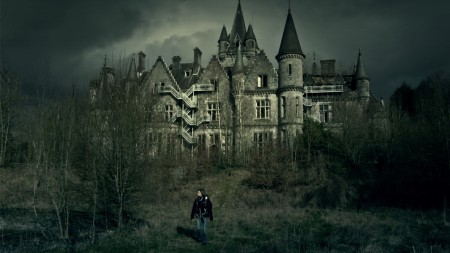 This time, the face of horror has managed to leave the dark in order to reveal its true nature…On top of showing us France’s most disturbing places (castles, orphanages, schools, houses and manors), DEAD CROSSROADS: THE FORBIDDEN FILES makes us endure our worst nightmares – the Found Footage way – during troubled nights where spirits and the eye of the camera meet… With all kinds of apparitions, dementia signs, visions of horror and beautiful yet morbid places, nothing will escape the cameras of Dead Crossroads’ explorers.

Explore the day. Survive the night!
The 13 episodes, 13-minutes series will debut Winter 2015 in France! The first season will be released this year in North America on VOD and DVD with Chemical Burn Entertainment.