Home | 5 Film Projects in the Works for Fandor

5 Film Projects in the Works for Fandor 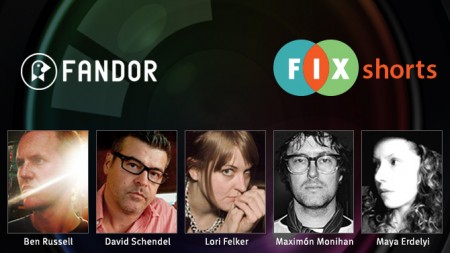 By contributing 50% of the originating budget, providing reward benefits on the Kickstarter campaigns, guaranteeing distribution on their platform and assisting in each film’s outreach effort, Fandor will provide filmmakers with an opportunity to create far-reaching and original projects. Essential to the FIXshorts project, the crowdfunding component will build anticipation and audience awareness for the films individually and as a group. The campaigns will launch simultaneously on March 12th.

The FIXshorts page on Kickstarter is available here

When completed, Fandor will premiere the FIXshorts exclusively in tandem with their respective festival premieres and the rights to each film will remain with the individual filmmakers.

“This collaborative approach to film production is an important step forward in our efforts to help new work reach new audiences,” said Fandor co-founder and Chief Content Officer Jonathan Marlow. “We are delighted to pursue this project with these remarkable filmmakers.”

The initiative was open to current FIX filmmakers who submitted a proposal and budget for approval. Five projects were selected from thirty-four proposals that were submitted, reflecting the diverse range of filmmakers that are included in the FIX program:

Dead Ink Archive; David Schendel, director (narrative)
Set in 1975, a janitor has a secret that he cannot share until he collects all of the discarded scraps of paper from a theatre floor.

Discontinuity; Lori Felker, director (narrative)
A couple have been separated from each other for many months and they do not know what they’ve been missing.

He Who Eats Children; Ben Russell, director (documentary)
A speculative portrait of a Dutch hermit living in the Surinamese jungle.

Sea to Shining Sea; director, Maximon Monihan (narrative)
Two friends drive across the country from California to New York, finally experiencing the glory of the USA.

Fandor plans to support this project twice annually with the second round of proposals under consideration near the end of 2015.

FIX is a place where collaboration and support between filmmakers and audiences is encouraged. Currently FIX has more than 120 filmmakers, including: Barry Jenkins, Penny Lane, Mark Cousins, Nina Menkes, Matthew Porterfield, Josephine Decker, Mark Rappaport, Lynne Sachs, David and Nathan Zellner, Destin Daniel Cretton and Caroline Martel among many others. As FIX grows, it directly aligns with Fandor’s mission of championing the work of filmmakers by assisting them in perpetuating entertaining and meaningful work.