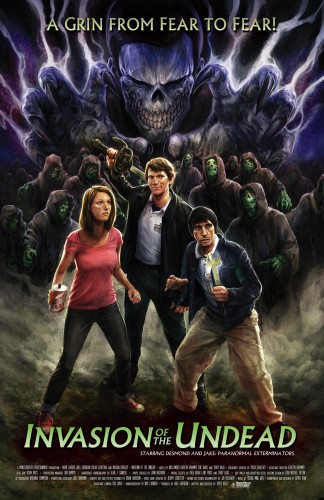 Invasion of the Undead, the first feature film from independent production company MonsterBuster Entertainment, is now available to rent and purchase digitally on Vimeo On Demand, with more digital outlets to follow shortly. An 80’s-style horror comedy in the vein of The Evil Dead and Big Trouble in Little China, this ambitious $17,000 film recently had a series of successful theatrical screenings in Atlanta, including a sold out premiere at the historic Plaza Theatre.

The Invasion of the Undead 16 bit-style video game, previously slated to release alongside the digital premiere today, will now debut on Friday, March 13th. An updated trailer for the game can be seen at here. It will be free to play inside of a browser.

Partially funded by Indiegogo, Invasion follows Allison, a young woman who gets more than she bargained for when she enlists the aid of two freelance paranormal exterminators to combat an undead infestation in her new home. It is the first film in a planned four-part series and the cornerstone of a MonsterBuster Cinematic Universe in which characters from past and present MonsterBuster productions will cross paths as the series progresses- think a horror version of Marvel or Star Wars. 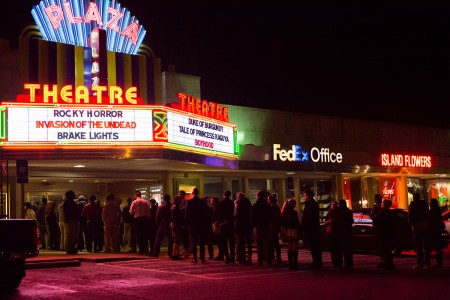 Founded by a group of friends with a lifelong passion for film making, MonsterBuster Entertainment is an Atlanta-based micro budget production company dedicated to the creation of quality genre entertainment. Many of its short films have been featured on television and in festivals such as Tromadance, DragonCon and Buried Alive.

Tags Invasion of the Undead