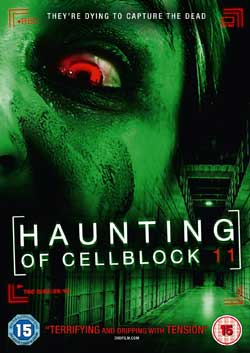 A group of ghost hunters must up their game to compete in the competitive world of paranormal TV shows, leading them to a truly haunted prison with a grisly past that proves to be more than they bargained for.

The haunting sub-genre of horror is over saturated thanks to the slew of films trying to be the next Paranormal Activity, a film I personally think little about. HAUNTING OF CELLBLOCK 11, a thankfully NON-found footage low budget affair, tries to cash in on the sub-genre.

The premise is basic and to the point. Reality TV ghost hunters trying to get ratings end up staying at a night at an old jail riddled with paranormal activity. High concept. Low delivery. 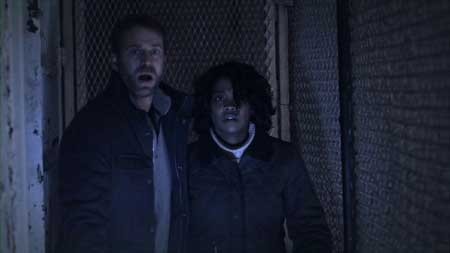 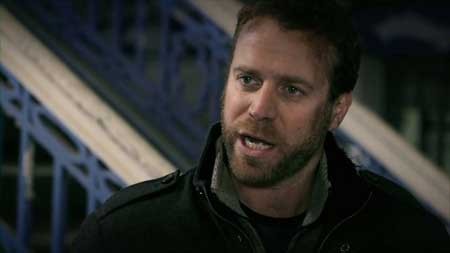 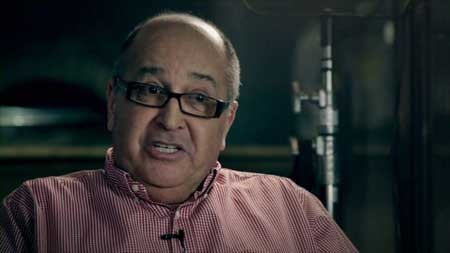 Everything in this film is a cliché. From the town-folk who warn the guests about stepping foot in X, to the evil doctor doing X to inmates, to the fat guy always complaining that he wants food. It’s all been done over and over again. That’s not necessarily a bad thing, but the trick is to make it your own and add a spin. HoC11 doesn’t do this.

I’m thankful to Shiva that this wasn’t a found footage/hand-held camera fest, something I dread to see nowadays. There were small moments of hand held, but mostly it was filmed in the classical (normal?) way. Props go to the camera crew as it was solidly shot.

The sound effects and score on the other hand were so cheesy, not even Chester Cheetah would enjoy it. This dampened the professional effort of the camerawork and, to a certain degree, the acting, reminding you this was a somewhat amateur effort. The CGI, while not fantastic, weren’t too crap either. The dark and gloomy sets helped hide this too.

As I touched on above. Acting was solid enough (bar Dee Wallace. She couldn’t deliver dialog even if it was on a silver platter), it’s a shame the dialog they had to spout was cheesy. Some of the lines were groan inducing. The writer really should have worked harder there, which brings me to—

People would do and say things that were out of synch with what they did previously, their character, what their career was, or just because. For instance, the ghost show cameraman sees a shadow walk behind his film subjects. Instead of wanting to investigate it further, he simply shrugs it off as “he’s seeing things”. A similar thing happens again with another ghost hunter later. Another time, the hunters were explaining what they found to the very man who called them in to investigate and his reaction to it was as if he never experienced the paranormal events himself, even though he had. Even the show host was taunting the ghosts at a number of points. Why? Why would a “professional” (as they constantly said throughout the film) ghost hunter do that? Odd.

Now the horror. Was HAUNTING OF CELLBLOCK 11 scary? No. Was it suspenseful? Not really. Was it thrilling? Nah. This is where professional score and sound would have helped… Regardless, I give it credit for not doing the typical haunting move of dragging out scene after scene then filling it with fake jump scares, only to have an actual ghost late into the script. Once the crew get to the jail (about half way into the script), the paranormal activity was pretty consistent and the story moved quickly with never a painfully slow moment. However, the story up until this point was mundane. I know it all needs to be setup but it was just so… meh. The dialog was the main culprit for making me feel that way. 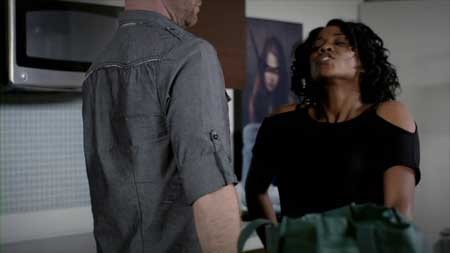 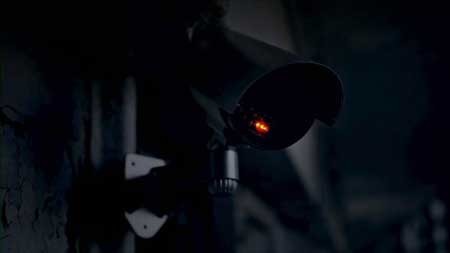 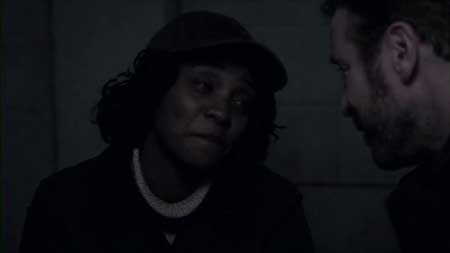 Everything that happens has a toned down feel. The character’s reactions to events was toned down. The sound and score was (cheesy and) toned down. The events themselves were toned down. It’s all flat feeling, so you don’t actually get invested, or dragged into the world. There were some good moments that were affected by this, making them just meh.

Would I recommend HAUNTING OF CELLBLOCK 11 to anyone? You could do far worse than to watch this…

New Paranormal Thriller, ‘Apparitional’ shows a good story is as important as a good scare