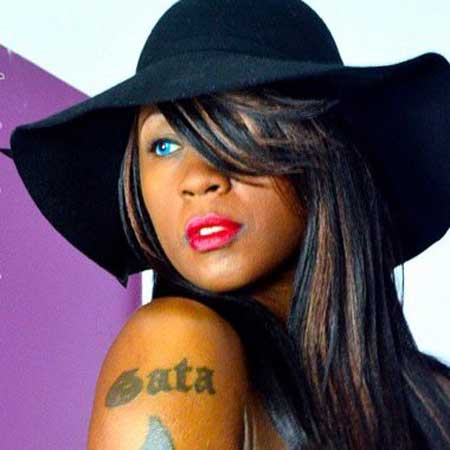 Monique Dupree, THA ORIGINAL GATA is an Actress, Director, Producer, Store owner, Comic book Heroine, Model, wrestling valet, wife to Writer and photographer, Anthony Saint Thomas and mother to ten amazing children and she has a new film coming out that you do not want to miss. SHADOWHUNTERS: DEVILSPEAK. Tha Original Gata took some time out to answer some questions for HorrorNews.Net

Janel: You have a new film coming out, SHADOWHUNTERS: DEVILSPEAK, could you please tell us a little about the film?
Monique: Well, it’s actually a short, but Shadowhunters itself has been a long running story via Darkstone Entertainment. There’s a Shadowhunters movie and an internet series coming soon. There’s also a short before this one called Shadowhunters:LOST. I play the same character and this is like a continuation of that one, which will also be available on the DVD.

Janel: You wear many hats in the world of entertainment: Actress, Wrestling valet, producer, Director, Comic book Heroine, model and more! Which one has been the most challenging to you?

Monique: I think that they all come with their challenges, but acting is a different animal for me. It’s not one hat you wear but many in the world of acting. Every character is a different person that you make a part of you or find something in yourself to draw from in order to truly pull out the essence of who you are to become. It’s not easy and my family has had to put up with some pretty strange, stressful and wild stuff from me prepping for characters.

Janel: When you decided to direct, what were the factors that made you say yes to direct a film?

Monique: Well, I hadn’t been doing very many films due to the fact that I’ve been heavily on the wrestling circuit working with House of Hardcore. I just wanted to do something with an inmate cast of people that I had envisioned putting in one of my projects. John Johnson of Darkstone entertainment was my rock for this project. He had a LARGE hand in helping me with everything. I was studying and learning all the areas that I’m a newbie in.. I just really wanted to try something different. We did this project together, so I can’t and won’t take all of the credit. (thank you John) 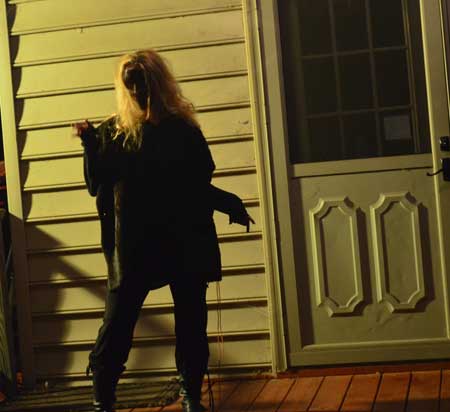 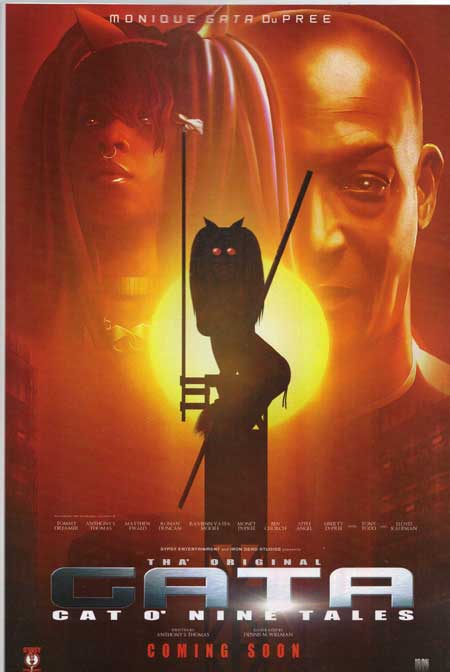 Janel: SHADOWHUNTERS: DEVILSPEAK has a great cast. How did you decide who to pick for the film?

Monique: I had an idea of a few people already but didn’t know who was available. I had spoken to John Johnson to see what everyone’s schedule was like to put into these roles. I knew everyone’s acting ability already so there were no auditions. I wanted these people in my film and I NEEDED to have Bio Duct Effects Company to do any of the makeup the needed to be done.

Janel: In SHADOWHUNTERS: DEVILSPEAK, you play Lania. How was it playing a lead character and directing?

Monique: Being around friends and doing this project made everything SO much easier. There was still so much to do and things to decide on that I had never thought before as an actress. Things went so well, I plan on doing another one soon.

Janel: You are known as the “Scream Queen” and you are Tha Original Gata and have done a lot of horror films but also a variety of films including drama, action, comedy and more. What would a dream role be?

Monique: It depends on the genre…I really want to land a role in a straight comedy. I’ve always LOVED comedy and it would be a dream come true to take part in a comedic role. As far as any other roles, I’ve always wanted to play a serial killer…A mild obsession of mine. 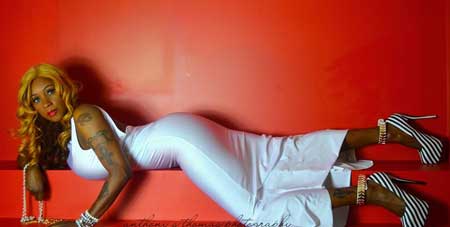 Janel: You also have an incredible comic book, CAT O’ NINE TALES; THE MISADVENTURES OF THA ORIGINAL GATA that was released. If you could choose would you like to see it become a film or a series?

Monique: That’s a great question. I would love to see it as a film, but I think it would make an amazing series!!!

Janel: Wrestler, Tommy Dreamer also stars in the film SHADOWHUNTERS: DEVILSPEAK? Could you tell us why you chose Tommy for his role as Jareth?

Monique: Tommy has amazing acting ability and I’ve been wanting to put him in something. I think that this role was great for him. I don’t want to give away his character too much, so I will just say that I am glad that I was able to get him in this role. THAT in and of itself was a dream realized. 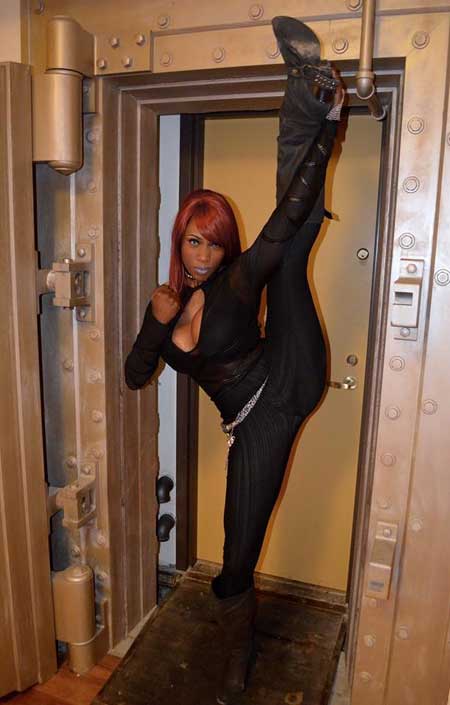 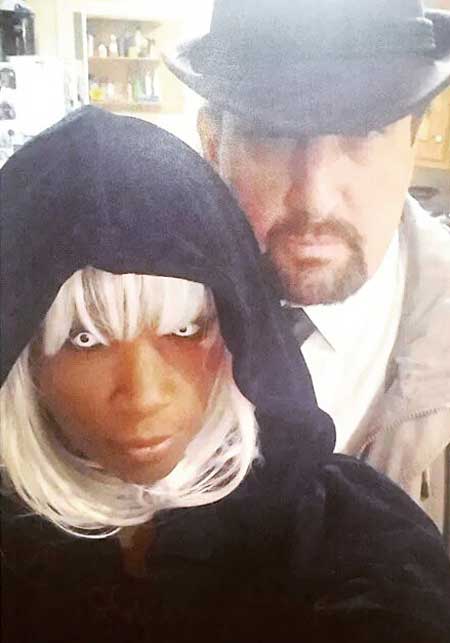 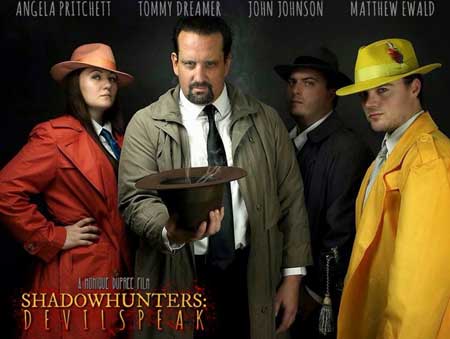 Janel: Who are some of your favorite Actors/Actresses?

Janel: Who inspires you in everyday life?

Monique: My FAMILY….those who live with me. My hubby, my brother, my children inspires me greatly. My grandmother, who is no longer with us, inspires me to this very day to push myself for what I want in life. For myself and for my family. I have a VERY strong foundation.

Janel: If you could play any Superhero besides yourself!!!! Who would you play and why?

Monique: I would LOVE to play Vixen…she is SO underappreciated I feel as a character. She IS a hero…her powers are used to protect the innocent. It’s noble and quite pure…

Janel: Please tell us when to expect SHADOWHUNTERS: DEVILSPEAK to be in theatres?

Monique: Well, I don’t see or short film hitting theaters, but I will have it in festivals, conventions etc. and will later offer it on DVD along with some bonus extras and another short as well so that people will have their monies worth. 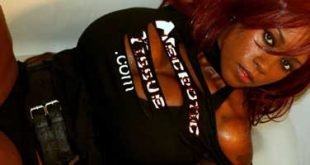