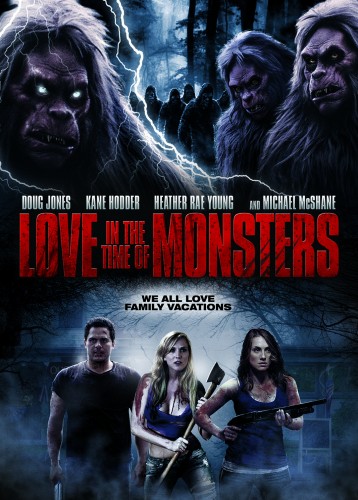 Indican Pictures will release the horror comedy, Love in the Time of Monsters, on February 17, 2015.  Love in the Time of Monsters is a suspenseful, campy, hilarious horror film that weaves an outrageous tale of love and Zombie Bigfoots through the dark woods of Northern California. Two sisters, Carla and Marla, travel to a cheesy tourist trap for a weekend getaway only to arrive in time to battle toxic monsters dressed in Bigfoot costumes!

Determined to save their loved ones they must become heroes…but what happens when the real Bigfoot arrives?  Bloody-disgusting.com raves, “Blood, babes and bigfoot…a killer cast…” Imagine if Peter Jackson and John Hughes co-created Night of the Living Dead or Aliens. This is the first appearance of horror legends Doug Jones and Kane Hodder in the same film. The film will be available in rental stores, retail chains, TV, including 180 million homes on Video On Demand nationwide

Tags Love in the time of Monsters 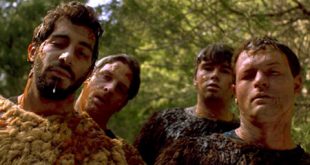 A Trailer Appears For LOVE IN THE TIME OF MONSTERS