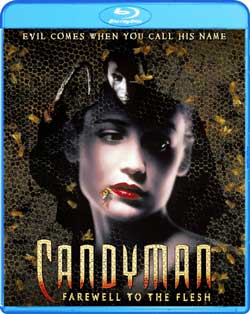 The Candyman is back. This time he’s in New Orleans, just in time for Mardi Gras, to terrorize a wealthy family, and to take Annie, a schoolteacher, with him beyond the grave.

Annie’s father has been murdered. His slaying looks an awful lot like some murders seen years prior in Chicago tenement housing (That’s a CANDYMAN PART 1 reference.) A scholar of the Candyman legend is also murdered—with a hook. And the New Orleans police think Annie’s brother, Ethan (William O’Leary), is responsible. The children in Annie’s class, meanwhile, have an awful lot to say about the supposed urban legend, and people close to her start getting offed in utterly grotesque ways: messily, with a large hook. The Candyman is real, all right, and—kind of like Boris Karloff’s Imhotep—he’s got designs on an earthly female . . . in this case, Annie. The story all culminates on the site of an old plantation, where we learn the origin story of the eponymous, mythical killer. 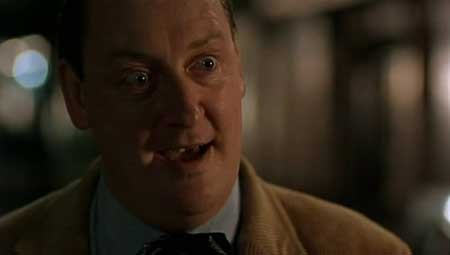 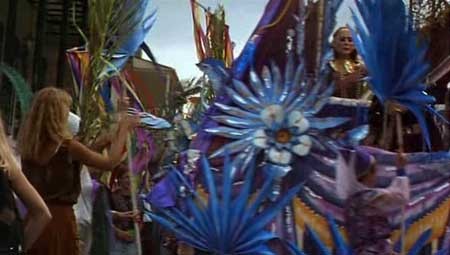 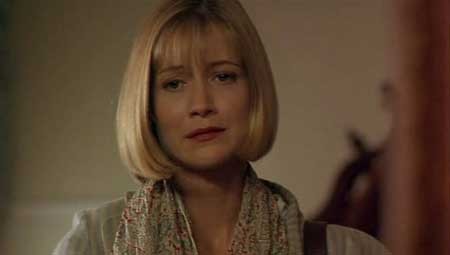 As far as horror sequels and horror flicks from the 1990’s go, FAREWELL TO FLESH is above average. It’s crisp, yet grainy cinematography works well, showing a gritty, haunting New Orleans. I especially love the shots of all the Candyman graffiti in the abandoned, former home of Annie’s family. The musical score is perfect, composed by the one and only Philip Glass. And astute viewers of the first film were, no doubt, left wanting to know more about the bee-infested villain.

Thankfully, that’s one of the sequel’s strong points: the origin story. I won’t give it away here, but I will say it paints the main monster in a more complex and sympathetic light. Also, like so many other horror sequels, the gore is more plentiful the second time around, and there’s a lot more screen time for the monster. It’s similar to PHANTASM II’s treatment of the Tall Man in that respect. The Candyman is made out to be more like a Jason or a Freddy. Fans, presumably, will be divided about such a portrayal, as to whether it’s a good thing or a bad. Personally, I found it effective. And the gore . . . how about the scene where Annie rips open the Candyman’s face and bees fly out of the bloodied scratch marks? Eewww. 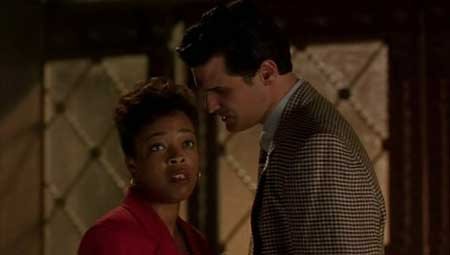 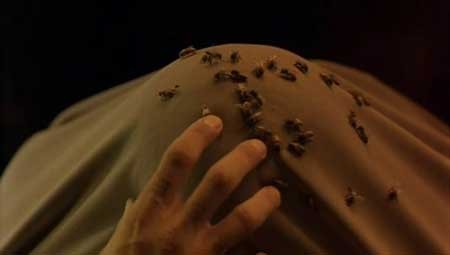 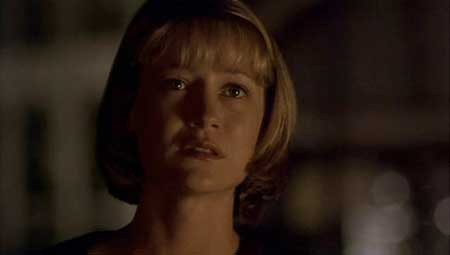 The plot starts intriguing, as an investigation into something totally—frighteningly—sickeningly—otherworldly. It’s thus in the same fashion as the first CANDYMAN, but not quite as graceful. The suspense builds as Annie turns over every possibility before unwittingly calling the myth to life, and paying for it, severely. It meanders after a while, though, and you can begin to lose interest. Things thankfully pick up in the final act, though, in a pretty stirring and gruesome conclusion.

FAREWELL TO FLESH is not a perfect movie, by any means, but it’s a true Clive Barker-esque story, placing urban legends in the lives of ordinary people, capturing the author’s aesthetic as effectively as LORD OF ILLUSIONS and HELLRAISER—though not as much as the first film. Yes, the first one is superior. 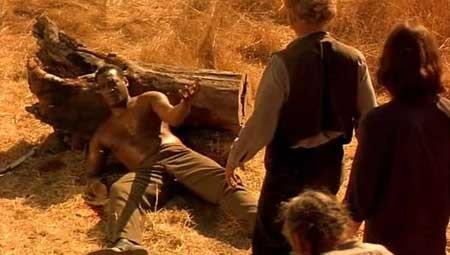 But who doesn’t love a double feature? Who doesn’t love being able to have a CONAN THE DESTROYER to put on after CONAN THE BARBARIAN? Tony Todd steals the show once again, and FAREWELL TO FLESH is, if nothing else, a worthy sequel.

Check out Candyman: Farewell to the Flesh now on bluray per Shout Factory