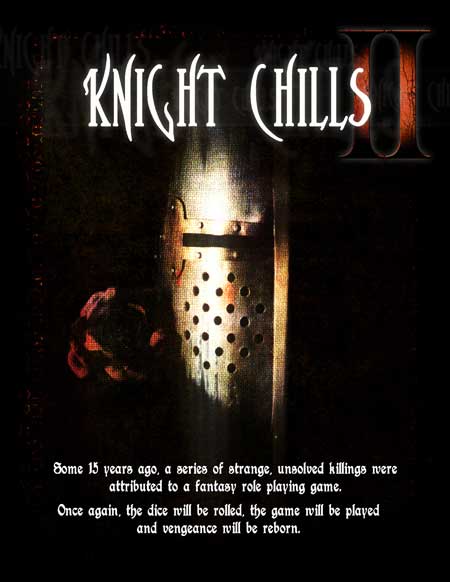 A handful of years ago a story about a misfit who escapes his meek life via his role playing character who just happens to be a death dealing knight of immense size, was released. The film had a respectable domestic release and was released in several foreign countries. As the film moves towards the 20th anniversary of its filming, it was announced that a book was being penned by author David Hayes from the original screenplay written by husband and wife team Jeff & Juanita Kennedy as well as the film’s producer/co-star DJ Perry.

The rumors of a new sequel were confirmed by www.cdiproductions.com  that DJ Perry is writing the sequel script.

“The sequel will star a pair of new faces but will feature a few characters from the original. Sir Kallio will most definitely be back in action.” – DJ Perry, writer

The films antagonist is the seven-foot tall dark knight, Sir Kallio, which was named after Perry’s director friend Mike Kallio, formerly from Michigan and known for films such as “Hatred of A Minute” and “Mutant Swingers From Mars”.

The first artwork announcing the sequel is released here. Shoot dates, locations and cast has yet to be announced.