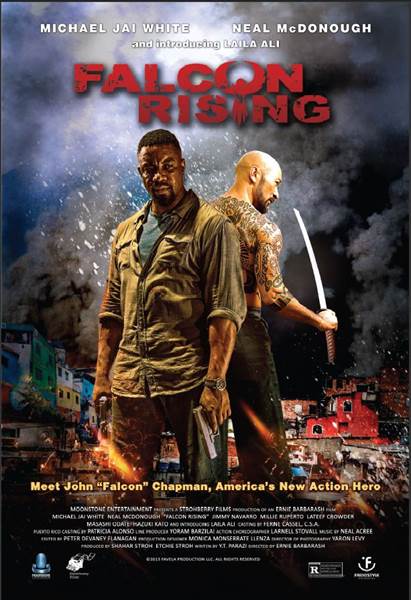 John “Falcon” Chapman, is an ex-marine anti-hero plagued with a terrible secret consuming him with guilt. On the self-destructive edge, he learns his sister Cindy (Laila Ali) has been brutally beaten in the slums or “favelas” of Brazil and travels there to hunt down her attackers. In the process he discovers an underground world of drugs, prostitution, and police corruption ruled by the Japanese mafia and protected by the powerful Hirimoto (Masashi Odate, THE LAST SAMURAI). With incredible fight sequences and edge of your seat action, Falcon Rising is an in your face thrill-ride introducing America’s newest action hero.