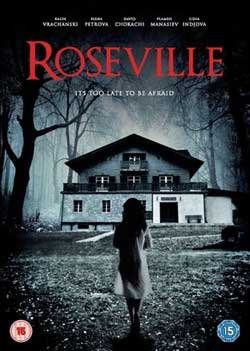 The events surrounding the unsolved police case in which guests of a mountain hut come face to face with terror, when the mysterious force that stalks them in the dark, violently knocks on the door of their consciousness.

Before I get started, I should mention that this film is only partially in English. I started watching this film and was taken a back a bit when I saw subtitles. However, if you are one of those people who gets turned off by such things, take comfort that less than half the film in Bulgarian.

Yes, this is a psycho-thriller from the burgeoning horror industry in Bulgaria. In fact, according to my sources, this film is the first of its kind.

Originally titled “Vila Roza”, the film tells the story of a “real unsolved crime” in a remote mountain village. Now, I know what I have said about the “based on a true story” placard and how that’s usually a flag for me. And as far as any research has shown me, this is indeed NOT based on any real world event.

However the filmmaker does a good job selling it. The opening sequence is an “interview” with a man claiming to be a retired police officer. In between footage of the “crime scene”, this man talks about a horrible unsolved crime from 1985. A case that he describes as the strangest of his career. Then come additional placards stating that this film is merely an artist’s interpretation of the event and does not reflect the opinions of the police or this individual officer. It’s a promising start.

Then the film truly begins. Flashback to 1985. A honeymooning couple, Vassil and Nadya (Kalin Vrachanski, Lydia Indjova) are driving into the mountains to the Roseville resort. Upon their arrival, we meet the innkeeper George (Plaman Manasiev) and his assistant Dora (Elena Petrova).

Later at dinner, we meet the final guest of the resort, an American photographer named Steven (David Chokachi). He’s a bit creepy, and a little too familiar with Dora. But he seems harmless enough.

Through the course of the dinner conversation, we learn that Vassil has recently returned from studying computer sciences in the United States (remember…1985) and that he and Nadya hope to eventually live abroad. We learn that Steven is from Boston and is basically bumming his way around Europe.

But everything is not exactly as it seems at the quiet, leafy resort. After dinner, George and Vassil talk over a chess game. Their conversation seems to concern government operations and possibly spy stuff. Talk of “operations” and so on.

We also learn that Vassil has a triangle shaped birthmark on his chest, and that his father would not want him to come to this resort. But he felt so compelled to come that he just didn’t bother to tell his family where they were going on the honeymoon.

Oh, and then there’s the legend. George tells Vassil about the legend of “The White Old Man”, which is a beautiful and very old tree next to the resort. Stories of buried treasure, and ghosts.

Things start to get weird from there. Vassil is having nightmares and hallucinations, and hears voices telling him to do awful things. Vassil starts to spend a lot of time outside “talking” to the White Old Man. And Nadya starts to think that perhaps this wasn’t such a good honeymoon spot after all. Of course, she tries to convince Vassil to leave and he refuses. Instead, he just gets weirder.

Meanwhile, there is a whole story going on between George and Dora. It would appear they are a couple, but they are not. Not for a lack of want, apparently. But there is something unspoken that keeps them from being together. And they both bear that silent wall painfully and visibly.

Things start to get weirder and scarier as the resort becomes the stage for all sorts of bizarre occurances. Just what exactly is going on at Roseville, and will anyone leave this quiet mountain alive?

The film was directed by Martin Makariev, who is also credited with the story along with two others. He has some television directing credits, but other than that this would appear to be his first feature film.

Visually, it’s quite stunning. Not a found footage film, as you might suspect, but a properly filmed motion picture. Beautiful buildings and landscapes are used to full advantage without wasting our time with a lot of B roll stuff.

Storywise, the plot twists and turns all over the place. Everytime you think you’ve got it all figured out, SURPRISE! You were totally wrong.

The cast is also quite fascinating. David Chokachi is well known in the US from shows such as Baywatch, Witchblade, and Beyond the Break.

Kalin Vrachanski appeared as a regular character on a tv series called Glass Home, as did Elena Petrova. His portrayal of Vassil is quite good and believable.

I could see a lot of Western influence in the film. There are elements of The Shining, The Blair Witch Project, maybe even just a touch of Poltergeist. This is a well developed story, and whether it’s “true” or not, the filmmaker has done a really good job of making you wonder.

Oh, and apparently Eastern Europeans in the mid-80s really like to smoke. A lot. If you’re a non-smoker, this could annoy you after a while. If you’re a smoker, pick up a carton before you watch. If you are someone particularly open to suggestion, you will feel compelled to chain smoke the whole time. 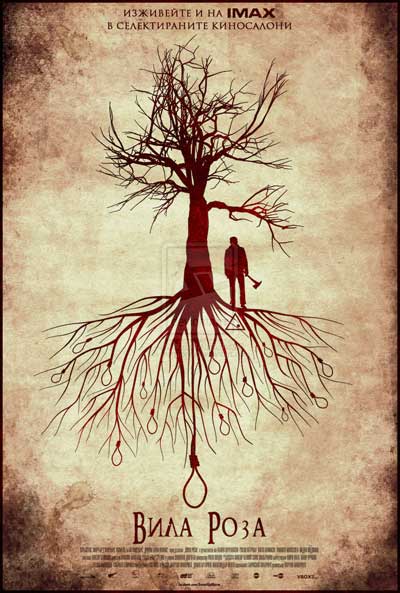 On the whole, I thought this was a really good film. Nothing is perfect, but this is pretty darn close. And if it is indeed the first film of its kind from Bulgaria, I look forward to seeing what follows.

So on a scale of one to ten, ten being awesome, I’m giving this film 8 old trees.