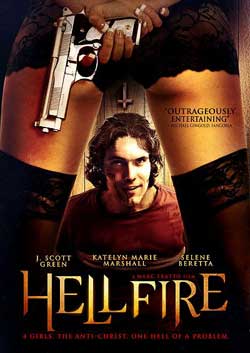 The Antichrist has been mistakenly kidnapped by a group of women who are tired of being taken advantage of by their pimp. What follows is a night of terror which if the girls don’t survive, they may unleash Hell on Earth

Meet the Antichrist (J. Scott Green), a Charles Manson looking guy who narrates the beginning of our movie. He talks of how he first became aware of his role in the world and how he decided to start his rise to power.

We then meet a group of women who all have a score to settle with a local pimp/drug dealer. The women go to their pimp’s house and manage to kill several bystanders and capture and tie up their targets and make them all lay on the floor. What they do not realize is that one of their captives is the antichrist who is there making a mysterious deal with the drug dealer, Gabriel (Chris Davis). With their quarry on the floor, one of the girls decides to start demanding from each of them where the drug money is. Upon the negative answer of each man, they slice their throats open with a machete. When they get to the antichrist; however, they decide to take him with them, thinking he has some sort of answer for them. 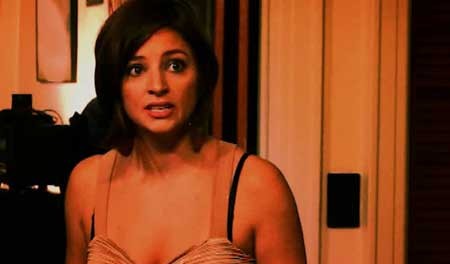 They go to what is supposed to be a secluded house and tie the antichrist to a chair and proceed to beat him with a bat and any other object they can. Suddenly they unwittingly unleash a demon that takes possession of one of the women and they begin to fight for their lives, but the demon keeps jumping from one woman to the next and they all turn on each other and are maimed in some gruesome way. When the owner of the house surprisingly shows up with his wife, they are both killed. 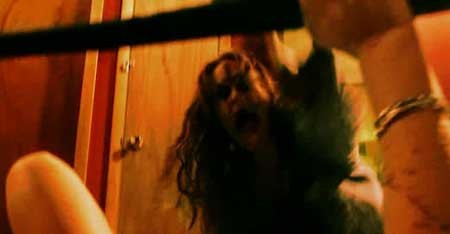 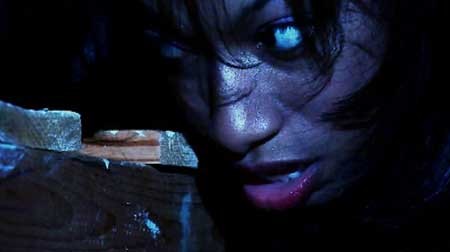 The antichrist admits that he was at Gabriel’s house making a deal with him to kill the woman that was carrying the Messiah since he was not allowed to touch the woman himself, he decided to hire it done. One of the women decides that she would do it for them and calls her boyfriend to go and bring the woman to them 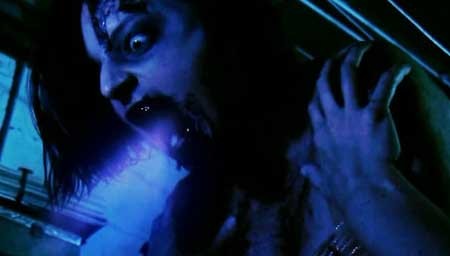 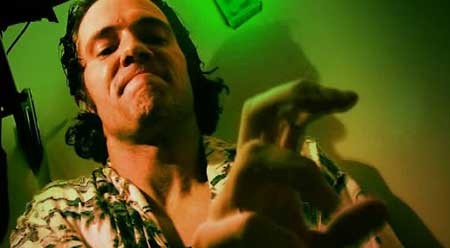 Four months pass when he wakes up still being herald as a hero talking about how he will be running for political office and thanking God that he is alive but wishing he could have saved that pregnant woman. Reporters then drop the bomb that the baby survived.   The bullet that killed the mother just barely missed the baby but the doctors were able to save the baby, failing his plans to have the Messiah killed. 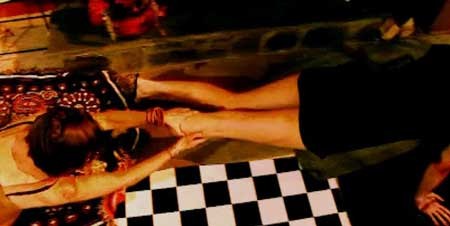 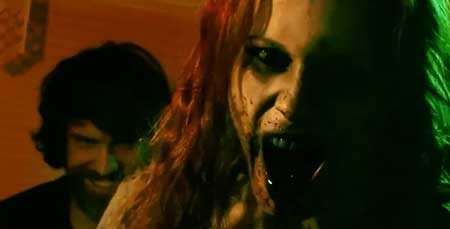 This movie, made on a shoe string budget manages to pull off an amazing grind house style exploitation movie. This move dishes out the action, blood, gore, and acting of movies back from the 70’s with such flair that you forget that this is as low budget as it is. The acting isn’t great, but they show passion of their roles. The plot seems solid. J. Scott Green pulls off an antichrist with great joy for the character. One of the only downfalls of this movie would be the sound, which seems to fail quite often but that can easily be forgiven as the rest of the movie as a whole is done very well.

If you are a fan of gore, action, supernatural and exploitation movies, this is a good movie for you.