A couple of years ago, a casual conversation among a group of talented Sydney film makers came up with a novel plan to tackle the baron stretches of nothingness faced by anyone wanting to make a mark in Australia’s depressed industry. The Morning Starr Productions crew and a few of its collaborators decided they’d delve into the horror film genre to make a couple of films and a couple of docos.

Yes, they almost unanimously adored a regular dose of something freaky, scary or creepy on their screen of choice. But the real clincher was that they all lived in a part of Sydney that boasted two of Australia’s most talked-about haunted hotspots, ultimately the locations for their foray into horror. One was a lonely, dark stretch of road called the Wakehurst Parkway and the other was historically rich with a name that spoke – or spooked – for itself, The Quarantine Station at North Head on Sydney’s Harbour Foreshore. Of course, it was also the place they made their first film, The Quarantine Hauntings, which releases in Australia on January 26th, 2015.

Co-directors Bianca Biasi and Arnold Perez have had the onerous task of working into the story the dozens of visitor reports of supernatural encounters and strange visual and acoustic events at the site. In fact, numerous reported encounters with the “girl with the pink dress” inspired the film. 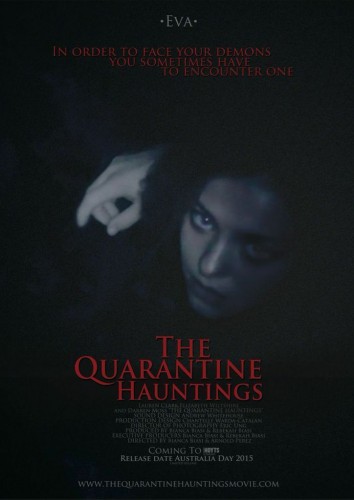 Biasi, who also co-produced with Rebekah Biasi, said the talents and skills of a psychic medium were engaged to ensure a close encounter with the “pink dress” girl wasn’t missed.

The psychic medium did, in fact, make contact and was taken over by the girl’s spirit upon discovering she hadn’t died from disease, as assumed, but was murdered.

Cameras captured the unnatural force that then appeared to pull the psychic medium into a room during filming. That footage was aired for the first time by the Nine Network (AUS) in a segment about haunted locations.

Biasi said that while “the girl in the pink dress” had inspired the film, it was the strange incidents that took place around the psychic medium’s encounter with her that convinced the crew to also produce a documentary on the experience called ‘Haunted’. 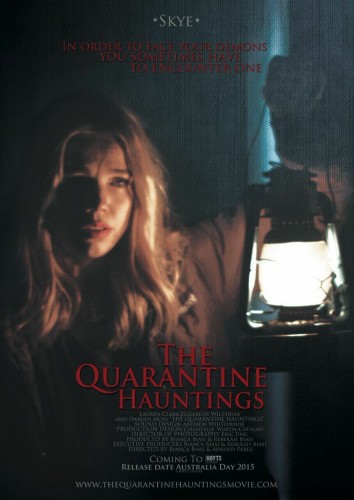