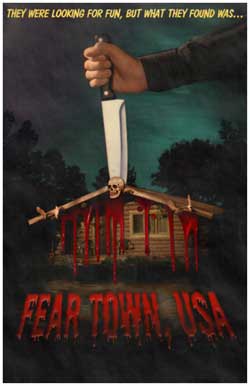 On St. Blevins Day (the most debauched of regional holidays), four boys looking to lose their virginity, a girl haunted by a dark secret, a lonely teenager, and an escaped mental patient all meet at a party in the woods. They were looking for fun but what they found… was TERROR!

The Scary Movie franchise has a lot to answer for. Whilst the first two were mildly amusing stabs at horror comedy, it soon descended into a thin premise, loaded with pop culture references already dated by the time the screenplay was printed and insufferable ‘parodies’ of whatever film had been in the multiplexes that year. And by dropping the Wayans brother, it also had a large part to play in Marlon Wayans’ own turd of a franchise with A Haunted House movies. 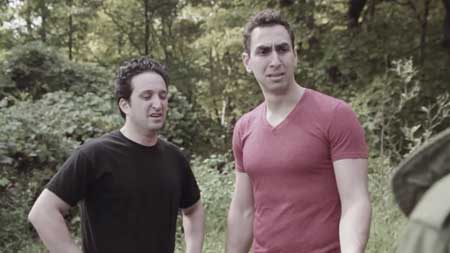 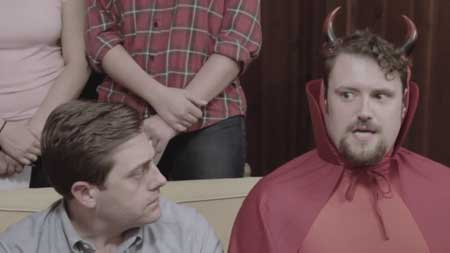 With that said, I hope it’s apparent that I was apprehensive about Fear Town USA which, whilst having nothing to do with the dead horse beaters above, is another horror comedy that leans towards parody. Thankfully, my apprehension was unfounded. Fear Town USA is puerile, deeply offensive and extremely funny. Set over the course of the fictional St Blevins Day – a xenophobic holiday celebrating numerous deaths at the hands of St Blevins – Fear Town USA weaves several storylines together as several twenty-somethings converge to party hard in the woods, and the body count starts to rise.

There’s the group of mature students wanting to get laid and becoming embroiled in the machinations of a man willing to answer all their prayers; a woman haunted by the ghost of a less than great friend; a boiler-masked serial killer stalking the woods; and a young teen facing off against several sexual predators as she tries to meet her online beau. On their own, these would make passable genre flicks, but in the hands of director Brandon Bassham and his team of writers, they become a small part of the comedic free for all in which The Devil tries to get his groove on, stoners discover how intellectually deep they really are and Paul Thomas Anderson’s sterling Magnolia is given a nod to. 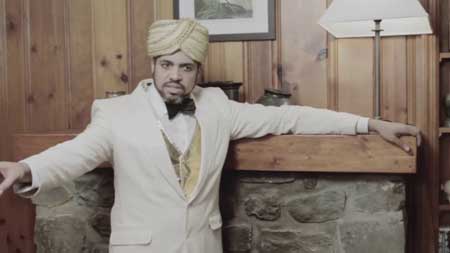 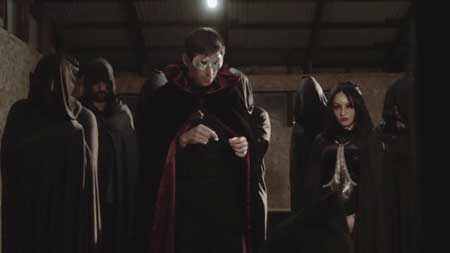 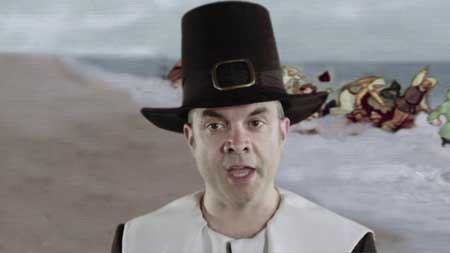 One of the many, many issues I have with the aforementioned Scary Movies is they that and play up to the fact they know they’re comedies. Each and every line is delivered with a nauseating wink that says, ‘Hey! These poo poo, wee wee jokes are gross, right? That means they’re funny.’ Anyone with a passing respect for the Naked Gun movies will know the biggest laughs come from playing it as straight as possible. And it’s something Fear Town gets spot on as it revels in the absurdity of our heroes’ situation.

Fear Town USA will not be a laugh a minute for everyone. Its near-knuckle humour is certainly going to offend. Its ending in particular is certainly going to polarize its audience. Does this mean the film goes too far? Well, yes and no. Whilst I admit the scene in question raised a disgusted guffaw in me, but at the same time, by this stage of the game, Fear Town USA feels like it would be above that kind of humour.

Which is saying something when I am talking about a film that has its female cast members discuss the virtues of ‘p*ssy crushing’. However, as they say, in for a penny, in for a pound and if Fear Town hasn’t offended you in some form up until then, this might be the final test of your steely determination. But it’s not just what your gran would call toilet humour, the script is cleverer than that. A personal highlight is the protracted, rambling monologue about how a local beauty spot was christened Lake Blood. It plays brilliantly on our expectations of doom-laden tales of yore that have been prevalent in horror movies for decades. 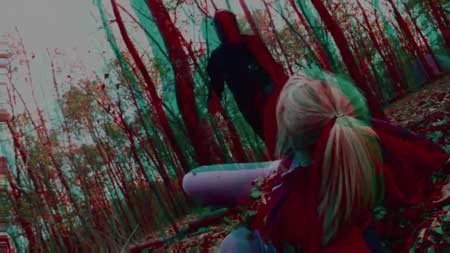 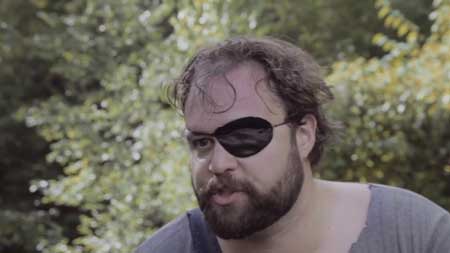 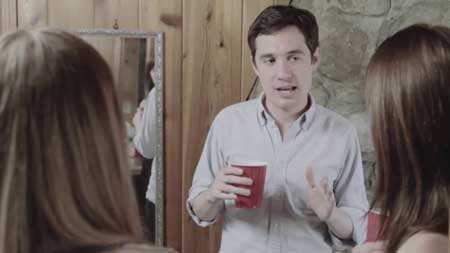 Admittedly small in budget, Fear Town USA works well with what it’s got. And what it’s got, is a cracking script, some whip smart performances and a huge desire to make you laugh. And you cannot fault it for that. Get some friends together, some likeminded family members – maybe leave Gran at her home – and settle in for a brilliant comedy.