The 3D MOVIE FESTIVAL is being presented by the Los Angeles 3D Club in conjunction with the Downtown Independent Theater whose mission is to highlight the best independent 3D filmmakers from around the world. A jury of celebrities and film industry judges will award prizes to the top entries including a special award for the audience favorite. 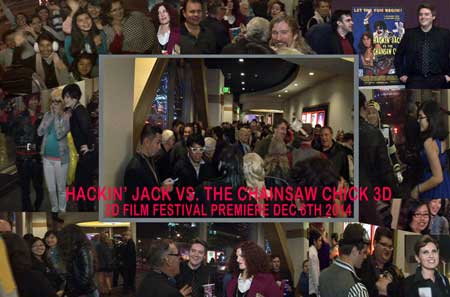 This year, both festivals are being held within a week of each other. “This is unprecedented”, says Hy Gordon, Publicity Director for Deep Vision. “Both festival screenings of HACKIN’ JACK vs. the CHAINSAW CHICK 3D are being presented in the wonder of SplatterRama 3D and the sonic miracle of blistering, bombastic ThunderRama sound.”

“HACKIN’ JACK vs. the CHAINSAW CHICK 3D is the first film to use Sensurround-like digital technology to augment the 3D imagery and create a unique 4th dimensional experience”, says Gordon. “The audience for the first time can see, hear and feel the same ‘gorifying’ sensations as the actors on the screen thereby taking 3D virtual reality to it’s ultimate extreme.” 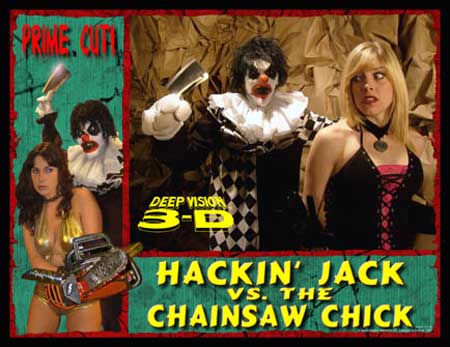 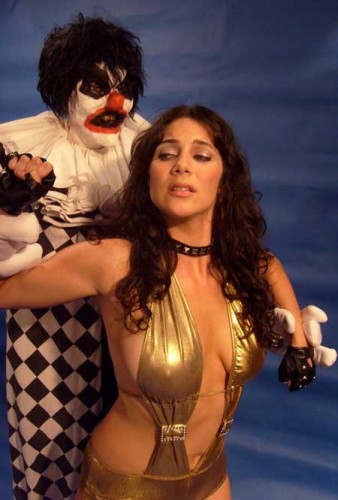 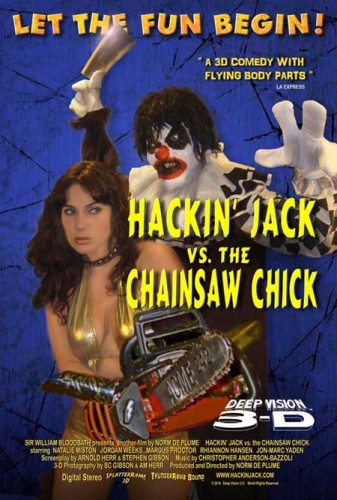 The Festival runs from December 12th to the 14th. HACKIN’ JACK vs. the CHAINSAW CHICK 3D will screen on December 13th at 10 PM.