Home | Stills and Info on Mindless Killing Machines THE WALKERS

Stills and Info on Mindless Killing Machines THE WALKERS

“Before curing the disease they have to control it, & controlling it is simple… Kill or be Killed.”
December 8, 2014 New South Wales, Australia from Producer / Director Brendan Byrne comes The Walkers. 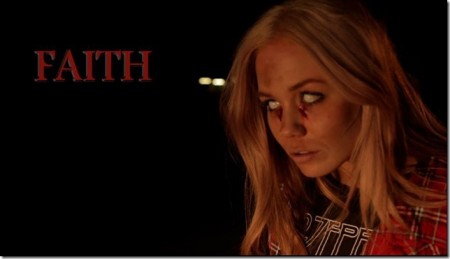 The Walkers will be shot entirely on location in Wallerawang (about 14 km’s past Lithgow) and in the Blue Mountains and surrounding areas. The pristine open plains embedded with the fascinating sandstone plateau and escarpments, is where we lay our scene.

The Australian Military partnered with the Australian Government to derive a drug only know as ‘C9’. It was designed to help soldiers in battle, they were promised that they would not fell fear, and would have no recollection of the unthinkable things that comes along with the ‘art of war’ therefore never suffering from Post Traumatic Stress Disorder.  ‘C9’ was supposed to reduce the brain’s ability to absorb the brain chemical called ’Serotonin’.

As fate would have it, something terrible went wrong whilst testing was being conducted on humans. Instead of reducing the absorption of serotonin, blocking receptors were forged that saw the brains absorption methods entirely cease…Once the human body and brain can no longer absorb serotonin, it takes away all rational thinking, turning them into a mindless killing machine.

Now the drug has been accidently released into mainstream society. Somehow it has managed to get it’s foothold in our meat market. Similar to the well known ‘Mad Cow Disease’ it is transported through the food supply and once the disease is in the blood stream, it only takes a single bite, or saliva on blood contact, to infect another host.