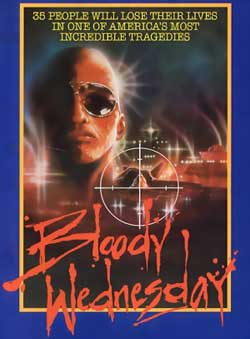 A meek man finds his life crumbling around him with terrifying results for everyone involved.

Movies in general are an important thing. They provide one of the major sources of entertainment in the modern world. They allow people to forget about all of their worries for an hour or two. Movies can also be a good source of information. Though scripted films take liberties with the material at hand, they can be good in giving an idea of a major event in history. They shine a light on something that happened and give the audience something to think about.

One such movie that tells the story of a real-world event is the 1987 low budget movie Bloody Wednesday. The movie was inspired by the San Ysidro McDonald’s Massacre, though inspired is a very loose word in this case. Harry (Raymond Elmendorf) is a man on the edge of a mental breakdown. He is going through a divorce and has lost his job as a mechanic. After walking into a church naked, he is sent for help and soon released. His older brother Ben Curtis (Navarre Perry) gives him a job as a security guard at an abandoned hotel, where Harry begins to see and hear things. Soon after, his deteriorating state of mind leads to a violent massacre in a café. 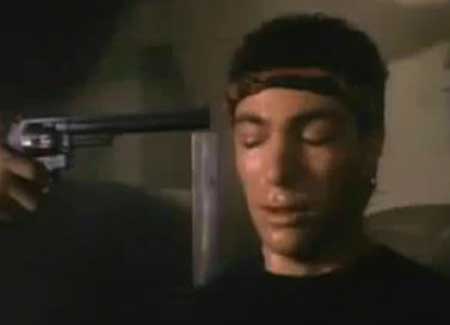 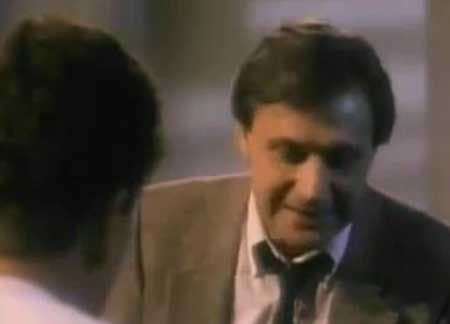 There isn’t a lot of good to highlight in Bloody Wednesday. The look of the film is bad. Clearly a result of being shot on video at a low budget, everything looks faded around the edges. The dark scenes are more difficult to see than in a typical movie. These unintentional details do fit with the theme of the movie, where a guy is losing his sanity and doesn’t know what is real and what isn’t. The faded edges fit with the dreamlike state of his mind and not being able to see in the dark fits with his descent into darkness and madness. The issue is that these things were not intentional in any way whatsoever. They were a result of how the movie was made rather than a creative choice by director Mark G. Gilhuis.

In order to tell a captivating tale of a man’s descent into madness, the central actor needs to give a performance that holds the movie together. Raymond Elmendorf was not the person to give the great performance necessary for the role of Harry. He works fine as the mentally off everyman at the beginning of the movie, but as his character becomes darker, Elmendorf isn’t able to fill the role. His performance comes off a little over the top as opposed to menacing. During the climax, he doesn’t seem frightening enough. He seems like a guy playing badass when he should be filling the shoes of a guy who has snapped and gone on a killing spree. It’s really weird. 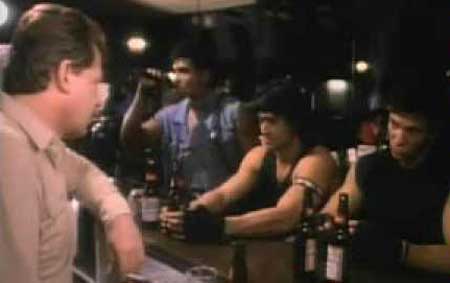 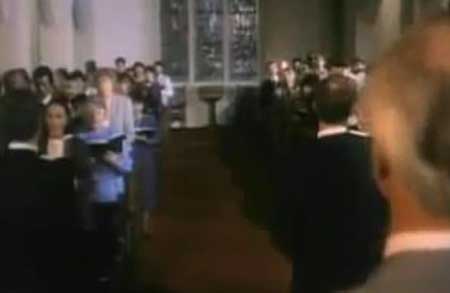 That said, the climactic shooting at the café is well done. It’s the highlight of Bloody Wednesday. Aside from the fact that Elmendorf’s performance doesn’t quite fit the role, especially at that point, there is a visceral reaction that you have as the shooting unfolds. Any background music drops out during the scene. What you are left with is the sound of the tragedy. You hear only the sounds of gunshots, people being shot, people screaming and dying, and bodies hitting things. It goes on relentlessly for five minutes. The one thing I can praise Mark G. Gilhuis with doing was making it feel like you are in the middle of the action. It feels like you are in as much danger as the people in the café. Too bad that’s only five minutes of the film’s hour and a half runtime. 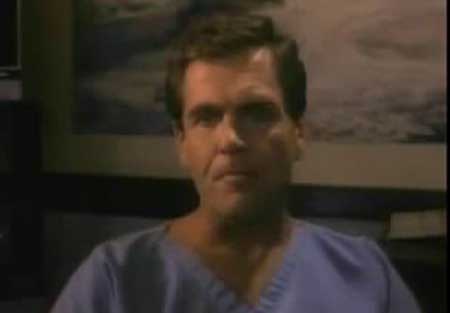 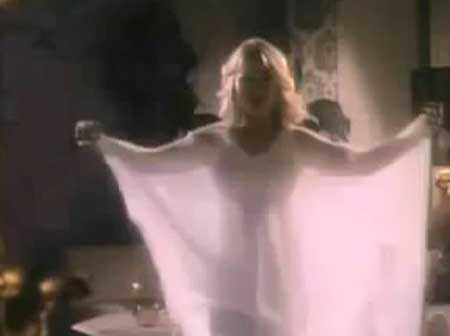 Bloody Wednesday is a movie that is filled with the potential to be something great. The climactic five minutes with the café shooting shows how well this movie could have been done. But it was held back by the limitations of the low budget and the filming format. I could imagine someone taking the real life story of the San Ysidro McDonald’s Massacre and turning it into a great, tense drama. It could be done. In this 1987 iteration, it was not.