Home | The League of S.T.E.A.M. pays Homage to Bride of Frankentein

The League of S.T.E.A.M. pays Homage to Bride of Frankentein

The Adventures of the League of S.T.E.A.M. web series continues with “Here Comes the Bride” – in this fun short, a duo of eccentric inventors decide to construct the perfect woman for their lovelorn colleague… but of course, hilarity quickly ensues!

The series is known for its enthusiastic references to pop-culture classics – look for nods to Weird Science, Star Trek, Bride of Frankenstein, and many more.  Milynn Sarley from Team Unicorn joins the cast with an elegant Steampunk-inspired take on the classic Bride character, brought to life in an over-the-top mad science sequence set to a Dubstep track by Johnny Atar of Klaypex.  The episode also features some great music by punk-bluegrass band Larry and His Flask, and Steampunk favorite Steam Powered Giraffe.

This is the fourth episode of The Adventures of the League of STEAM: Season 3 – a Kickstarter-funded adventure/comedy web series, and the longest-running Steampunk web series online.  You can check out the rest of the series here!

About the League of S.T.E.A.M.

These famed monster hunters of the Victorian era are on a mission to study, capture or eliminate all things cryptozoological and supernatural.  Through their advances in science and engineering, this group of intrepid investigators ventures on extraordinary expeditions and daring misadventures steeped in action and mystery!  The group’s tales of derring-do are presented in the award-winning webseries The Adventures of the League of S.T.E.A.M.!

League of S.T.E.A.M. is a production of LoS Productions LLC, a collective of artists and performers based in Los Angeles, CA, who collaborate to create unique Transmedia entertainment projects with innovative thematic concepts. 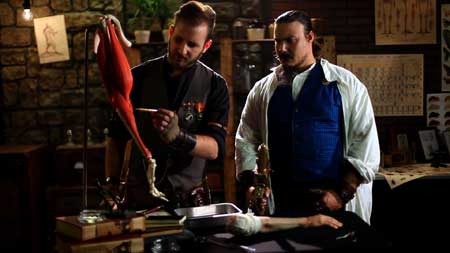 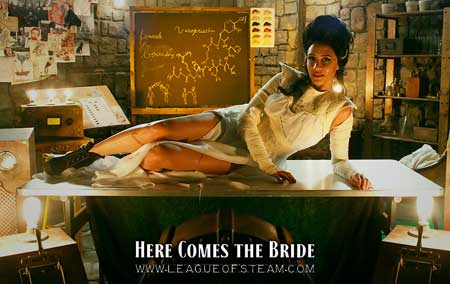 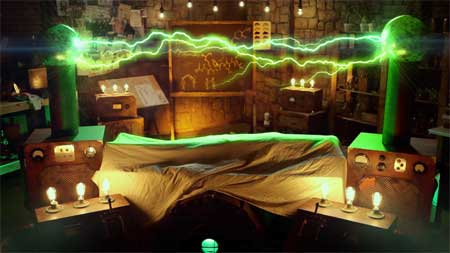