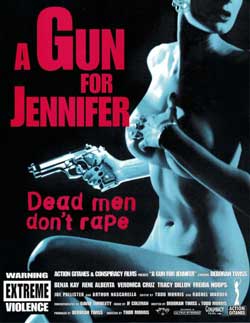 A woman comes to New York City from Ohio to escape an abusive husband and gets entangled with murderous female vigilantes who prey on abusive men.

A Gun for Jennifer is a different kind of rape revenge movie than what most exploitation fans might expect; it focuses far more on the second part of the equation, the revenge. With most of the films in the subgenre, about the first two-thirds of the movie are spent introducing the characters and then proceeding to put them into danger (i.e. rape), and dedicate only the final act to their subsequent revenge. I Spit on Your Grave, one of the most well known in the subgenre, is a good example of the usual blueprints. But in 1997, director/writer Todd Morris and writer/actress Deborah Twiss decided to make their first movie, and what resulted was a riot grrrl influenced, perspective-shifted rape revenge movie that focuses primarily on all kinds of revenge. 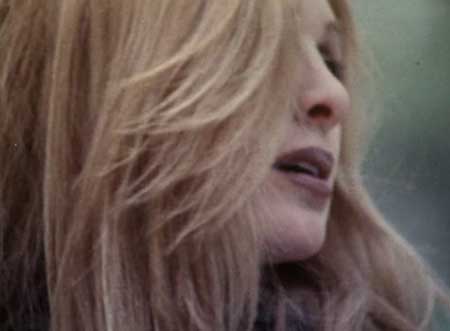 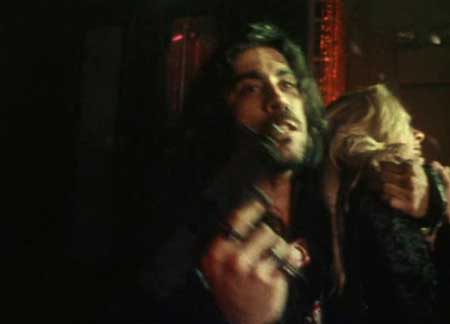 The very first scene sets the mood perfectly: a guy is relaxing at home, looking at photos, and hears a message on his answering machine “We’re gonna get you, f*ck!” Next thing he knows, four masked people break down the door, put guns to his head, and castrate him. We’ll find out later that he was a known rapist who got set free due to missing evidence, the evidence being the photos that he was smiling at before he met his end. In this city, when the law doesn’t follow through to bring justice, a certain group of vigilantes will. It is then that we meet Allison (played by co-writer Twiss), a young woman from Ohio, who is escaping an abusive relationship only to find herself lost on the big city streets and in danger when two thugs attack her in an alley. The vigilantes show up, and we see they are armed and dangerous women. They proceed to take out both thugs, and have Allison pull the trigger on the last one before taking her to safety. Like it or not, she’s now part of the “gang,” and so says her name is Jennifer and starts training.

Throughout A Gun for Jennifer, a lot of feminist issues are dealt with, sometimes through the action, sometimes in conversations, and sometimes subtly as an aside. The entire soundtrack is predominantly female artists, most falling into the riot grrrl punk genre that was gaining momentum at the time (in fact, one of the more influential bands of the scene, Tribe 8, perform a song in the movie). The characters discuss stripping as a job, and how it can be empowering. In fact, the ladies all work at a strip club/bar called The Widow’s Den, where they lay in wait for potential victims (much like a spider with its web). When Billie, one of the detectives working the case, brings up her theory of a group of vigilante women on a killing spree, she is laughed off, showing both the way women are often treated in a “boys club” like the police, and also how the cops can’t imagine a group of women being strong enough to pull of the crimes in question. When investigating, a joke is made by her partner that, if they catch the killers, maybe they’ll make a movie about them, and Billie laughs, saying she, a black woman, would probably be played by someone like Bridget Fonda. And, of course, there’s the main story of the movie, which is a group of women hunting, killing, and castrating men who rape and victimize women (the tagline is “Dead men don’t rape, after all, which is somewhat misleading as the murders aren’t random, but targeted toward the guilty). 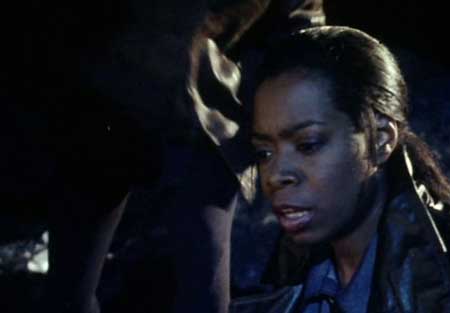 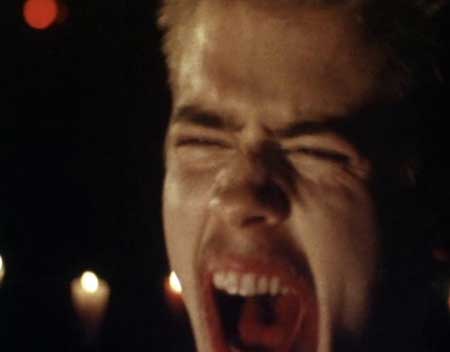 This is kind of a hybrid mix of Thriller: A Cruel Picture and Act of Vengeance (aka Rape Squad) in that it’s about a group of women banding together to try and keep the streets safe for females, a group of women that trains in self defense and firing a weapon in order to accomplish this goal. But like I said before, we don’t see the rapes, we hear of them, through news stories or the characters telling backstories. That is not to say that this isn’t a violent picture: there’s lot of slicing and shooting, with plenty of brains and blood and other body parts splattering against walls. As the movie goes on, we begin to realize that there might be more to Jennifer/Allison than we first thought; maybe she’s not just an innocent farm girl from a small town in Ohio. And when one of their group’s missions goes wrong, and their own blood is spilled, we start seeing each member’s true colors, leading up to a strong finish and a great ending. 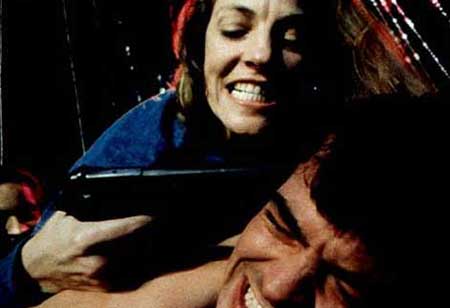 A Gun for Jennifer is a great movie, the kind that makes me look up the people who made it and see what more I can find. Alas, there’s not a lot more to find. Most of the actors count their roles here as one of their only acting jobs, with only Twiss and Arthur Nascarella (who had a small role as Lt. Rizzo) having much of a resume to speak of (Nascarella has been acting consistently ever since, seen in things like Happiness, a handful of Spike Lee movies, and The Sopranos, whereas Twiss started here and has since appeared in a variety of roles, the biggest being in Kick Ass). Even director Morris has only made a couple films since, most of them short films. This is a movie that you’ll find yourself spending a lot of movie to get on eBay, and that’s a shame, because when it comes to rape revenge films, this belongs near the top of the list. 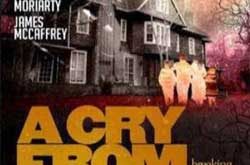 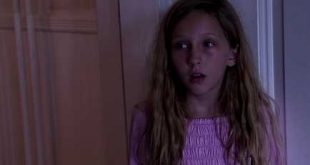 Interview: Deborah Twiss (A Cry From Within, A Gun for Jennifer)