KIYOSHI KUROSAWA’S ACCLAIMED TALE OF MURDER, MYSTERY AND ATONEMENT ARRIVES IN THE U.S. AS BOTH A THEATRICAL FILM AND A FIVE-PART MINISERIES

Chicago, IL (September 29, 2014) Master of Japanese horror Kiyoshi Kurosawa’s intense psychological thriller PENANCE, an unnerving tale of a cycle of eerily disturbing events as seen from the viewpoints of five different women, comes to the U.S. and Canada from Doppelgänger Releasing as both a theatrical release and a five-part television miniseries.

Based on the best-selling novel Shokuzai by Kanae Minato, PENANCE begins with a tragic crime from fifteen years in the past: In a small town, a young elementary school girl named Emili has been abducted and killed by a stranger. Four girls who had been playing with Emili at the time are the first to discover her body—with the abductor never being found and the crime going unsolved. Emili’s distressed mother Asako condemns the four girls, all of whom claim not to remember anything about the stranger. Crazed with grief, the mother demands each school girl to find the killer, or pay the penance. Deeply affected by Asako’s condemnation, the four girls become adults burdened with the curse of “penance,” which eventually triggers a chain of tragic events.

PENANCE marked the celebrated Kiyoshi Kurosawa’s highly anticipated return to the international festival circuit following the success of 2008’s Tokyo Sonata, which won a string of awards including the Un Certain Regard Jury Prize at the Cannes International Film Festival and the Jury Prize at the Chicago International Film Festival. One of Japan’s leading filmmakers and a professor at the Tokyo University of the Arts, Kurosawa is best known for his leading J-horror entries Cure, Pulse and Loft.

Then, PENANCE will be issuedon Blu-ray, DVD and VOD as a five-part miniseries beginning November 18, 2014 (prebook October 14), just as it was broadcast on Japanese television when it premiered in 2012.

Described as “a murder mystery of a deliciously twisted sort” by Manohla Dargis of THE NEW YORK TIMES and “a powerful new work from a master” by Todd Brown at TWITCH, PENANCE is an hypnotic and unsettling thriller of the highest order, an unforgettable story about the convergence of five tragic paths which ultimately reveal the darkness that lurks in the human heart.

Tragedy strikes in a small Japanese town when 9-year old Emili is mysteriously kidnapped and murdered while playing with her school friends Sae, Maki, Akiko and Yuka. Emili’s distraught mother, Asako, takes matters in her own hands after the murder goes unsolved when the school girls, and only witnesses, claim no memory of the perpetrator’s face. Asako punishes the traumatized girls for failing her, forcing each of them to find the murderer or pay a penance. 15 years later, Sae’s unsettling story unfolds.  Now a lovely but skiddish, emotionally immature woman, Sae is wooed by a charming and eager suitor, who provides her with the finest things in life. All seems too good to be true until their eerie wedding night.

Maki is now one of the top elementary school teachers in the area. When an attack breaks out at her school, it dredges up disturbing memories of the horrific crime she witnessed as a child. But this time, Maki is ready to fight back and confronts the attacker, bringing instant notoriety and an unexpected visit from Asako.

Since Emili’s murder, Akiko has spent most of her adulthood isolated and withdrawn from the world. Her reclusive lifestyle changes when her brother Koji, his wife and daughter Wakaba move back home from Tokyo. As Akiko bonds with her young niece, she begins to suspect a disturbing behavior developing from her brother, which causes Akiko to take rash precautions.

Even as a witness to Emili’s death, Yuka’s mother favored her older sister Mayu. 15 years later, Yuka, a successful entrepreneur harbors an obsessive crush on policemen while continuing a scathing rivalry with Mayu. After learning that her sister has married a policeman named Keita, Yuka lets jealously overcome her and she seduces her brother-in-law. However, an unexpected letter from Asako turns the tables on her chances at love

Fifteen years after the unsolved murder of Emili, Asako is still struggling with the absence of closure or justice.  Suddenly, Emili’s childhood friend Yuka remembers a vital clue from that terrifying day. Sinister ghosts from the past reappear, forcing Asako to confront a dark secret of her own as the mystery shrouding her daughter’s grisly fate is hauntingly unraveled – but at the cost of a penance. 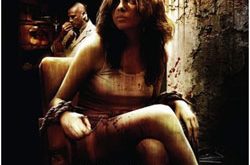 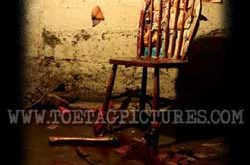 Fred Vogel and ToeTag Pictures: The Good, the Gory, and the Disturbing