Home | ISIS RISING: THE CURSE OF THE LADY MUMMY

ISIS RISING: THE CURSE OF THE LADY MUMMY

TomCat Films would like to announce the U.S. DVD release of ISIS RISING: THE CURSE OF THE LADY MUMMY!
Crossing over into her first “mainstream” film, international, exotic, adult film star Priya Rai expands her fan base and explore new horizons in Isis Rising. 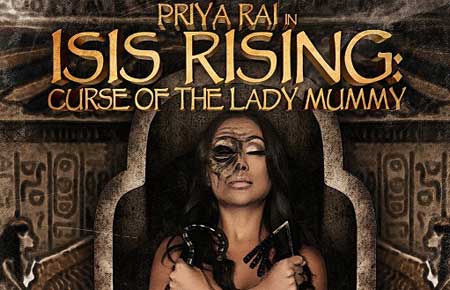 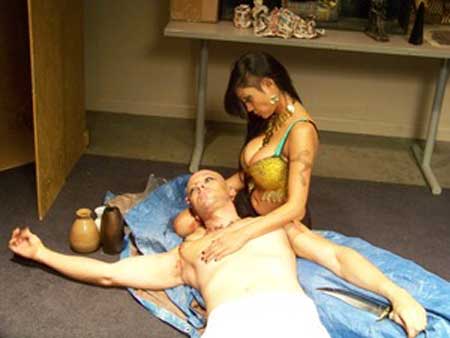 In ancient Egypt, Isis and Osiris ruled the land. All were happy for the couple except one, Set, a jealous man who killed Osiris in order to take over his kingdom. Isis snuck into Osiris’ tomb and tried to raise him from the dead using her black magic. Set caught Isis in the act and had Osiris cut to pieces, with each piece buried in a different part of the land, so Isis could never again raise her husband. Isis vowed to avenge Osiris’ death and return with him to rule over all the worlds.

Now, six college students Kyle, Dustin, Felicia, Jay, Serena and Amy take their last course in archeology in anticipation for graduation. Their last assignment is to uncover and document the museum’s new acquisitions with their teacher, Professor Shields and world-renowned Egyptologist Dr. Nasir. During the night they haphazardly awaken the ancient spirit of Isis’ lost soul and her wrath is unleashed on the group. As students start to disappear one by one, they must band together to stop Isis from rising her dead lover Osiris and his evil army of the dead, and exacting their revenge upon the world.

Tags ISIS RISING: THE CURSE OF THE LADY MUMMY