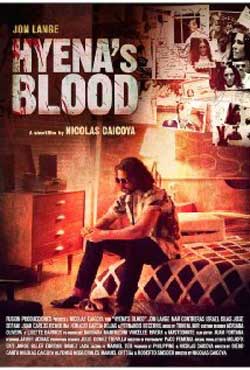 We are in 1973. A corrupt cop helps the new born DEA to burn down the poppy fields in Mexico.

I always find it refreshing to see films that don’t take themselves too seriously and stay true to the ‘entertainment’ side of the movie business. Hyenas Blood does exactly this and, with a running time of just thirty minutes, is a great little slice of seventies life. I am also amazed to discover that, according to his IMDb page, Nicolas Caicoya (writer/director/producer of Hyenas Blood) has not actually had any other previous experience and so this just makes what he has achieved even more commendable!

Hyenas Blood reminded me a little bit of David O Russell’s latest film, American Hustle. I both felt that they captured the particular time period that it was set and that in itself is part of the enjoyment. Hyenas Blood was full of colourful, flamboyant clothing, and loveable seventies sleaze and debauchery. There was blood. There were boobs. There were drugs. What more does anyone really need from a thriller surrounding a corrupt policeman entering Mexico to clamp down on the production of heroin? I also liked the little historical introduction they had about Americans importing their morphine from Mexico during the Second World War, but then the demand for it decreasing, leaving them in a bit of a pickle.

Another similarity I could draw is also with Brazilian crime epic, City of God, as this was another fantastic film set around a similar time period, revolving around drugs and violence. I felt like both were pretty fast paced and explored all the various networks involved in these sorts of grand scale operations. Both seemed to highlight the senseless killing that goes on, with characters getting shot in almost every scene. But it’s not gratuitous – just the way things are in that lifestyle.

There’s no denying that Hyenas Blood was shot well and the story is definitely well written. Paul Kavinski (played by Jon Lange) is sent to Mexico where he manages to infiltrate a top gang, by blackmailing one of the members and conning the top dog. The road is a rocky one, involving insane shootouts and burning fields, but we all know that Kavinski is the sort of guy who gets the job done, and gets it done in style. There are hints as to a darker side to this character, but this isn’t really explored in much depth, and things are largely kept pretty light-hearted – as light-hearted as the world of drugs can be!

So if you were a fan of American Hustle or City of God, then Hyenas Blood could definitely be one for you. It’s short and sharp, but also fun and quirky, in order to cover all bases. Just to clarify though, this is most definitely a drama/thriller as opposed to a horror, but there’s still plenty of blood to satisfy your cravings!