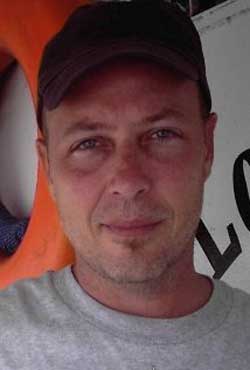 What got you into making horror anthologies?
I’ve always been a fan of the sub-genre and it’s a great way to create a variety of looks and themes in one film, particularly when you have different filmmakers adapting the stories.

So far you’ve done two volumes in your series, how did volume one get started?
A few years ago I moved back from Peru to look after my ailing father and aging mother who lives with her second husband up north. Since we were back near my old stomping grounds of New Orleans I contacted some old film making buddies who were involved in two features we made in Louisiana back in the nineties, “Cut Up” and “Zombie! Vs. Mardi Gras.” Will Frank, Karl DeMolay and Jeff Hollins all got on board for volume one. I shot Hollins’ film which is a WWII horror short called “5 Miles Straight Ahead.” 5 Miles made it into several festivals and picked up a few awards. Karl made his segment “Section 49” and Will Frank got a few New York artists to make a live puppet animation film called “Blood of a Saint.” I ended up making three films for the volume, two of which are science fiction – horror (Thing in the Shed, The Cordyceps Principle) and one that’s a found footage within footage found flick revolving around the H.P. Lovecraft supernatural mythos called “Footage Found, Arabi.” That one was an official selection at The H.P. Lovecraft Film Festival this year and the other two ended up in several genre festivals garnering a few nominations and wins. All in all we had four segments from volume one in 13 film festivals worldwide, not bad at all.

How did you distribute volume one?
Self distribution all the way. I was approached with a few offers from distributors but they all want something for nothing. No M.G. (minimum guarantee) and very poor terms. For example they want to pay you 2-3 dollars per DVD sale, and with that kind of deal I could sell 200 DVDs and make the same money that I would make if they sold 1,000. So I sold them myself and sales were very good over the year. I also went VOD with Vimeo which is a great platform for no-budget filmmakers to sell their movies.

You just released CREEPERS as a limited edition blu-ray. Why blu-ray?
Standard definition doesn’t do this film justice, so I decided to do a “pre-official distribution” numbered release on blu-ray so people could really appreciate everything that went into making the movie, and it seems like it was a good way to go. Critics have commented on the quality of CREEPERS on blu-ray and have been rather surprised that a micro budget indie horror film would go to such lengths for an initial release. 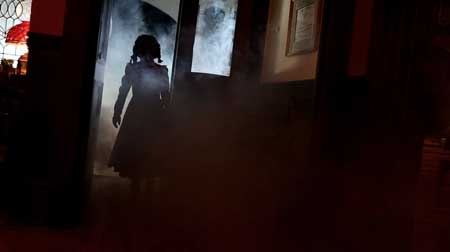 Tell us about your segment in CREEPERS called “By the Hair of the Head.”
Joe Lansdale. Looking back I thank the gods that I took the chance to ask him if I could acquire the rights to one of his stories. He didn’t know me from Adam, and I appreciate the fact that he let me adapt one of his stories. The story wasn’t my first choice, but a few others I was interested in had already been optioned so I went with “By the Hair of the Head.” It’s a story with both supernatural and psychological horror themes and certainly one of Lansdale’s more classic style horror tales. No blood, no violence, but a lot of atmosphere and creepiness that I love in the genre. This was the first story I ever officially adapted from another writer and considering it was a work from one of the great writers living today, the prospect was daunting to say the least. First off, as with all the other segments in CREEPERS, I was working with about a 5k budget and the location alone cost almost 2k for the 4 days we were there. But it was money well spent! The Kate Shepard house is spectacular, truly one of a kind Victorian style late 19th century abode which needed little to no set decoration or props for most of the scenes. And we had accom0dations for 4 of the cast/crew in the house so those two factors saved time and money.

I sent Joe a copy of the film when it was finished and a week later he called me to say how much he enjoyed the adaptation, so that was enough for me. Thus far two CREEPERS critics have compared “By the Hair of the Head” favorably against “Annabelle” (another film which came out about the same time and also features a doll) so you have a 5k budget film going up against a 7 million dollar film..and beating it! The film is an official selection in 5 film festivals thus far and has garnered 6 awards. It’s playing at the New York Horror Show aka Macabre Faire Film Festival in January, and I believe another festival in February….I hope!

So what now with CREEPERS?
I’m continuing to sell the numbered, limited edition blu-rays available at www.creepersfilm.com and amazon.com as I seek domestic and foreign distribution for the film. While at Zed Fest in Los Angeles I attended the AFM in Los Angeles and met with some potential distributors so we’ll see what happens. I’m always willing to go self-distribution again with CREEPERS if I can’t get a decent deal, although it will be more difficult doing so because I’m already in pre-production on a feature film we start shooting in May, 2015.

What’s the new film about?
I’m directing and co-producing a historical drama with supernatural overtones called “Scath” (gaelic for shadow) which takes place in 19th century New Orleans. The story was written by co-producer Jean Stallard who also did some piano sountracking for the CREEPERS wraparound segments. This is a much bigger budget film than my previous movies and the prospect of bringing 19th century New Orleans to life (and death) is a challenge I look forward to!