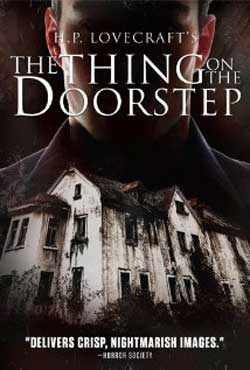 A psychological horror film based on the short story by H.P. Lovecraft. Daniel Upton’s relationship with his friend Edward Derby is abruptly changed after Edward becomes romantically involved with Asenath Waite, a hypnotist with an odd reputation. As Edward’s behavior becomes more erratic and events unexplainable, Daniel investigates. Is it madness…or something far more terrifying?

Originally published in the January 1937 issue of Weird Tales, “The Thing on the Doorstep” is not one of H.P. Lovecraft’s more celebrated works. Meandering and melodramatic, it stretched a fascinating idea thin, like a joke that rambles endlessly before arriving at a hilarious punch line. Was the payoff worth it?

Of course, even the worst Lovecraft is light years beyond the best of many who’ve followed in his wake. Not only has he influenced nearly all contemporary horror authors worth their salt, we’ve been graced with a hearty helping of movies either based directly upon or inspired by his stories. Some have been exceptional (see Stuart Gordon filmography), others not so much (see Jeffrey Combs filmography minus Stuart Gordon).  Two of the strongest adaptations, 2005’s “The Call of Cthulhu” and “The Whisperer in Darkness” from 2011, were produced by the H.P. Lovecraft Historical Society and remained obsessively true to the source material. 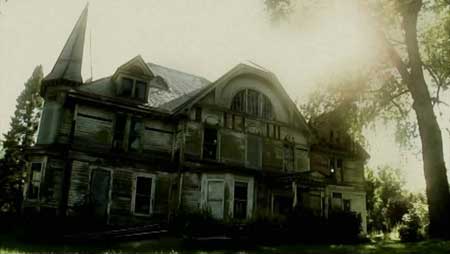 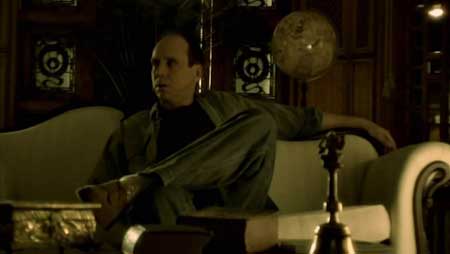 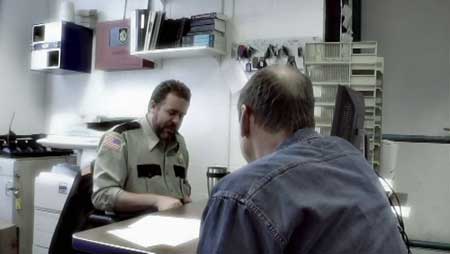 Taking a cue, director Tom Gliserman and writer Mary Jane Hansen stick firmly to the core “Doorstep” story, straying only for welcome instances of visual flourish to spice up the rather dry proceedings. Shot on a microscopic budget, their impressive debut manages the rare feat of utilizing meager finances to its advantage. Unfortunately, the endeavor relies too heavily on characters who fall short of compelling and constant voice-over narration with a tendency to describe what the onscreen action is already doing a fine job of relating. Sans video, the soundtrack alone could play as a condensed audio book.

David Bunce (“Arachnia”, “Aftermath”) portrays Daniel Upton, who opens with the bold declaration that he has just unloaded his revolver into friend Edward Derby. Despite this confession, he claims innocence and hopes to prove it through his words. His chronicle unfolds entirely in flashback as he taps away at a typewriter in a ramshackle room wallpapered with notes and pages of text. He introduces Edward (Rob Dalton) in the midst of crisis, arriving at his home asking for money to pay off a blackmailer without explaining any threat behind the extortion. Establishing Edward as an irresponsible man child, this is an awkward jumping off point given that it’s completely disconnected from what follows.

The real tale begins at a party that evening, where Edward first meets hypnotist Asenath Waite (Hansen, pulling double duty), and is immediately infatuated with the strange beauty. The two wed on the sly after a brief courtship, and a party thrown in their honor seeds Daniel’s first suspicions of his bud’s new bride. Arguing behind closed doors with Asenath, a guest hastily leaves to be found the victim of a “dry drowning” later, her lungs filled with sea water. Psychiatrist wife Marion (Susan Cicarelli-Caputo) advises Daniel to keep his yap shut and be thankful that Edward might finally be maturing. 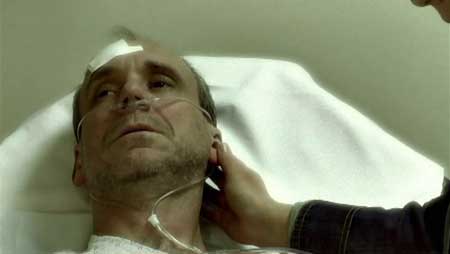 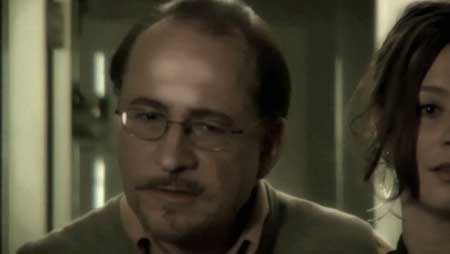 The honeymoon isn’t long over before Edward is displaying strange behavior, such as driving Asenath’s car although he’d never been behind the wheel in his life. He shows up late one night unannounced, claiming that she is using dark magic to steal his body, trapping him within her and bound in a room. Marion reaches a different conclusion after stumbling upon Asenath tied up and bloodied during a surprise visit to check in on her.

Why the hell Marion would leave the poor woman prone and return home to complain about it without helping or phoning authorities is anyone’s guess. Her mind-boggling reaction to an obvious police matter is tough to swallow, as is Daniel’s junior detective routine to solve a mystery that has already been spelled out for him. Ron Komora, no stranger to Lovecraftian territory after appearing in the ludicrous wannabe “Deep in the Darkness” earlier this year, portrays Daniel’s partner in his investigation, a college professor whose vast knowledge of the Waite family fills any gaps the clues fail to.

Where “Doorstep” really flounders is in the relationship between Daniel and Edward. Bunce and Dalton are capable performers, but neither boasts the gravitas to carry the heavier moments.  Their banter approaches cleverness in places, though never holds the interest enough to invest in the characters. A car scene in which Edward woodenly shifts into Asenath mode is dragged out to its breaking point until a head-on collision brings it to a merciful halt.

These are flaws indeed, but most are forgivable when considering the effort as a whole. Gliserman’s work behind the camera is impeccable, and it’s no shock to learn that he also edited, created the visual effects and served as cinematographer. The dream imagery incorporated throughout, a trope yours truly has lost love for, is given a fresh façade under his keen eye. For once, it doesn’t feel like mere pretty filler. 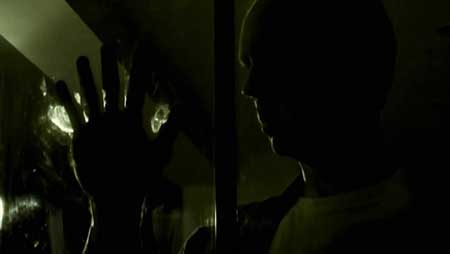 An eerie final twist as only a literary giant’s warped mind could conjure brings everything full circle, informing the title and Daniel’s opening monologue. Unexpected as it is, this could prove to be an example of too little, too late for many. However, those willing to let a few missteps slide and enjoy the low-tech artistry on display will likely be pleased.

“The Thing on the Doorstep” provides a satisfying fix for the fans who prefer their cinematic Lovecraft faithful, and will hopefully encourage the uninitiated to take in a masterfully crafted yarn or two. Perhaps even open up one of those book thingies do so.