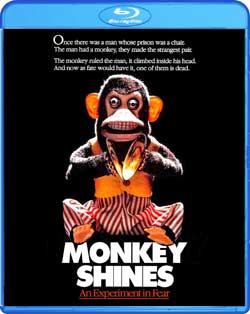 A quadriplegic man has a trained monkey help him with his paralysis, until the little monkey begins to develop feelings, and rage, against its new master.

Directed by George Romero and based on the book by Michael Stewart, Monkey Shines was made in 1988. It tells the story of a disabled man who takes on a trained monkey as a service animal. In real life, this is something that happens. However, in this film it doesn’t go so well.

But I’m getting ahead of myself…

Our story begins with Allan Mann(Jason Beghe). He has a good life – a beautiful girlfriend (Janine Turner), working towards his law degree, and enjoying an active lifestyle. This all changes in an instant when he is hit by a truck while jogging. The injury is catastrophic, damaging his spinal cord and leaving him paralyzed from the neck down.

As one can imagine, Allan doesn’t take this all very well. He returns home from his hospital stay to try and get back on with his life. Not an easy task, to be certain. And as would be expected, everyone’s misguided attempts to be helpful are less than that. Allan’s mother (Joyce Van Patten) has hired a live in nurse (Christine Forrest) to take care of him, leaving Allan’s girlfriend Linda pretty much locked out of his care. Then Linda leaves him for his surgeon (Stanley Tucci). No little amount of resentment follows, as does a failed suicide attempt. 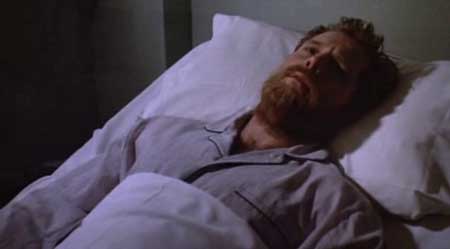 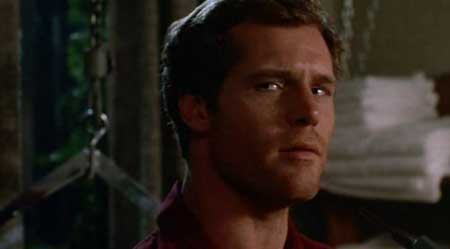 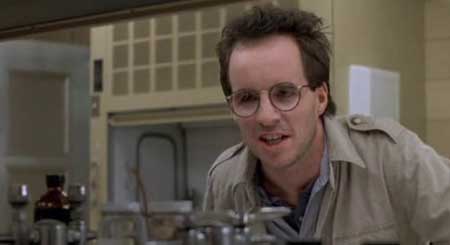 Then there’s Allan’s buddy Geoffrey ( John Pankow) who has been doing some research on increasing the intelligence of Capuchian monkeys. For our purposes here, “research” means “animal experimentation”. The dean of the college (Stephen Root) is onto the unethical nature of what’s happening in the lab and Geoffrey realizes he needs to get his prize pupil Ella out of there before he gets caught. He sees an opportunity by bringing Ella to help out at Allan’s house as a companion animal. He enlists the help of monkey trainer Melanie (Kate McNeil) to prepare Ella for the job.

It all starts out well enough. Allan is delighted with Ella’s company, and the company of her lovely trainer. The Nurse is not so pleased, and makes no secret of it.Ella, meanwhile, is very delighted to be in Allan’s company. VERY delighted. In a creepy, fatal attraction, I won’t be ignored kind of way. Ella starts to get jealous of all the human competition in the house and takes it upon herself to remove it. 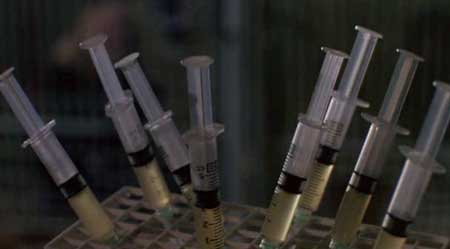 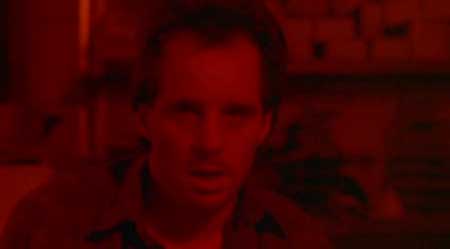 It starts small – killing off the annoying nurse’s equally annoying parakeet. The nurse quits soon after. Then Allan’s mom moves in to take over. So Ella ups her game. Allan seems to be developing a psychic connection with Ella that no one believes and he starts to realize there is more to his monkey companion than meets the eye. Geoffrey keeps finding ways to steer him away from what’s he’s been doing.

As strange occurances start to add up, Allan realizes that it has something to do with Ella and tries to get Geoffrey to take her out of the house. Ella doesn’t want to leave, but Geoffrey takes her away and goes right back to whatever animal testing weirdness he was doing before. Ella is not happy, to say the least.

And it all spirals out of control from there. A combination of science fiction, suspense, human drama, and horror unfolds as the story steamrolls forward. A combination of genres so crazy it shouldn’t work…but it does. It so totally does.

It’s the cast that really makes this film. A parade of some of the best actors of the time period in both major and cameo roles. Just some examples -Jason Beghe is Allan, our unfortunate hero. You may know him from Thelma and louise, GI Jane, XMen first class, Melrose Place, just to name a few. The nurse Mayanne is played by Christine Forrest, George Romero’s wife at the time. Christine has appeared in several of Romero’s films, including Dawn of the Dead, Martin, and Creepshow. 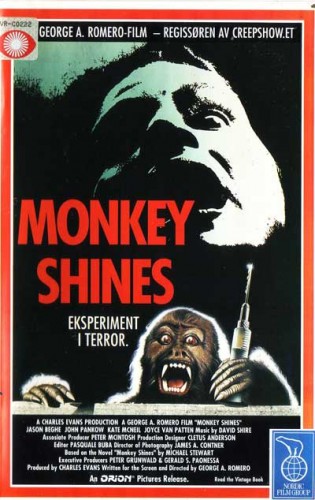 Geoffrey is played by John Pankow, probably best known as Ira Buchman on Mad About You but he has an almost endless list of credits. Mom is played by Joyce van Patten, sister of Dick Van Patten. She’s been in almost everything ever made, but most recently appeared in Boardwalk Empire. Allan’s ex girlfriend is played by Janine Turner. Credits include Steel Magnolias, Friday Night Lights, and Northern Exposure.

Kate McNeil plays Melanie. She’s another one that has been in almost everything, starting back in 1981 on the daytime soap As The World Turns. This was an early film for well known character actor Stephen Root, playing Dean Burbage. He’s gone on to be in…well, everything. The rotten Doctor Wisemen is played by Stanley Tucci. This was an early role for him as well. Since then, he is credited with literally boatloads of voice acting and on camera roles. That’s not even the tip of the iceberg. This film is a cultural marker, a product of its time yet timeless. A great film all around. On a scale of one to ten, being awesome, I giving this film 9 monkey shines.

Monkey Shines (1988) is now available on bluray per Shout Factory