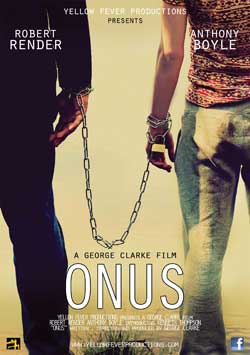 A boy wakes up below a cliff, bloodied, with a gun in his hand, and chained to a man who lies beside him… He stresses hard to remember what happened, and soon the puzzle of the days events come back to him. The story begins.

There are only a few movies that I’ve seen that deal with the aftermath of a story that they tell.  Usually, when the main story being told is completed, the movie ends.  It leaves you thinking about what happens to the people involved after the tale is finished.  How do they react to the events that unfolded?  What do the people around them do to cope with any difficulties that came up during what the audience was able to witness?  These details are hardly ever touched upon because they come after the story.  They aren’t a part of the plot so they aren’t necessary to the storytelling. 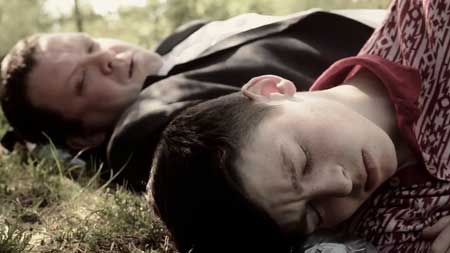 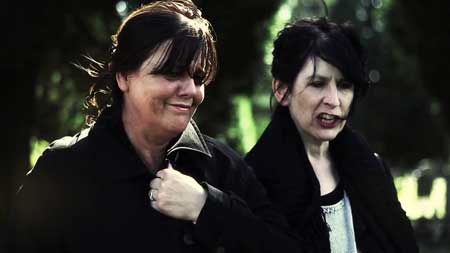 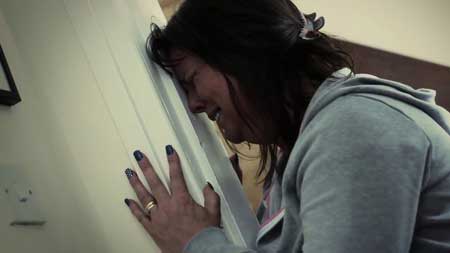 Onus, however, is a movie that takes a look at the aftermath of a life changing event.  The first half of the movie is about two men, one a professor and one a student, who wake up in the woods chained to one another.  The only way that they will be set free is if one of the two gentlemen kills the other.  The second half of the movie deals with what happens after the two men are no longer linked together.  It takes a look at how their lives changed, why they were brought together in that way, and how other people dealt with the consequences of the first half of the movie.

During the first half of Onus, we watch as Kieran Flynn (Anthony Boyle) wakes up next to Mr. Andrews (Robert Render), a teacher from his school.  The two of them are chained together in a less sophisticated version of a game from the Saw franchise.  One must kill the other in order to survive and be released.  The execution (no pun intended) of this half of the movie is fairly well done for the low budget that the movie had.  This involves the characters attempting to find their way out of the woods while growing paranoid about the person or people that set up the situation they are in.  As they find their way out of the woods, they stumble upon threatening messages, and eventually discover who is behind the morbid game.

The actors support the first half of the film very well and make it enthralling enough to keep watching.  Boyle brought some boyish nerves to the performance which helped the character to feel more real.  Render made his character feel like a sadsack, which is exactly what he was supposed to be.  But you were able to feel it.  That goes a long way in realizing the characters.  These performances helped the movie get through the fact that most of the story took place in different parts of the woods that all looked the same. 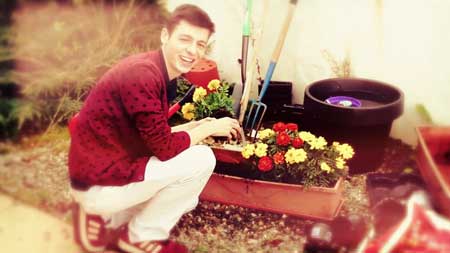 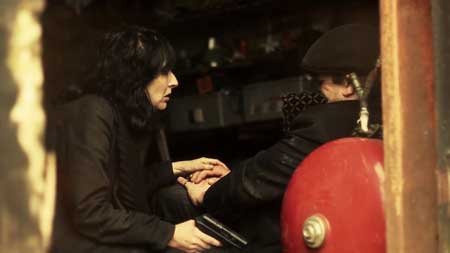 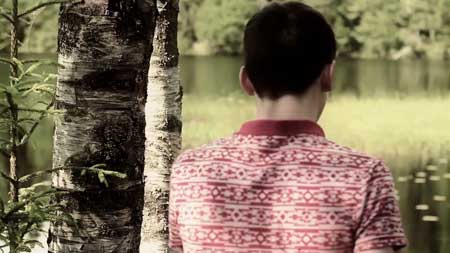 After the events unfold, we are given the second half of Onus.  This half is much different from what came before it.  No longer is there a morbid game that two characters are playing.  The second half follows family members of the two characters involved in the game from the first half.  It becomes about the family dealing with the results of the game.  They try to figure out who set up the game and why.

As an audience member, you already know who the mastermind behind the game was as you transition into this portion of the movie.  There is no longer any mystery as to what happened during the game.  Instead, you are watching and hoping that the family members figure out who is the cause of all of this trouble.  You want them to find out who is behind it.  You want justice for what Kieran and Mr. Andrews went through for half of the movie. 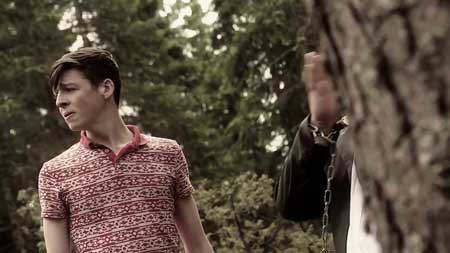 The second half of Onus has more variety in locations.  This is a good thing as it helps to prevent the movie from becoming repetitive in its scenery.  There are houses, country roads, and warehouses that help to break the monotony of the first half of the movie’s setting.  It also allows for more confined spaces that were not as available in the wooded setting.  There is a sense of emotion from family members that wasn’t present in the other portion of the movie.  Having family members deal with the aftermath of their relatives being involved in the scenario that led to death brings their feelings to the front.  Though you know who they are after, you are devoted to their investigation because of how passionate they are to discover the truth.  It isn’t quite as gripping as what came before but it comes close.

Onus is a movie separated into two parts.  One is a dire situation and the other is the aftermath of that dire situation.  Both portions of the movie have a slightly different tone, yet both still manage to keep your interest up.  Like most movies, this is not a great one.  But it also isn’t bad and that has to count for something.  It is entertaining the whole way through.  Between the mystery of the first half and the desire for justice in the second half, you stay with the movie.  Onus is one that is easily watchable though not something to go searching for. 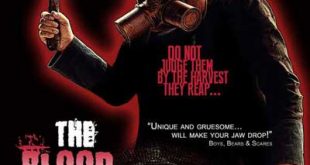 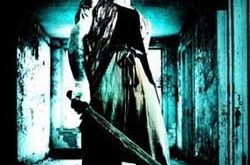 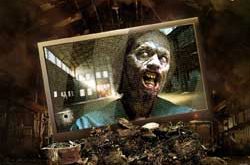