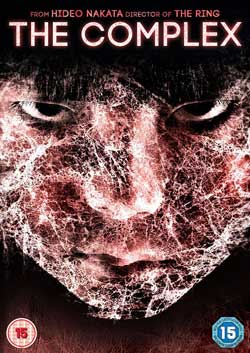 A guilt-ridden nursing student moves into an apartment complex with her family and is soon plagued by ghosts and her past.

Director Hideo Nakata is no stranger to a good old fashioned horror story having directed the Ringu series and Dark Water. I was excited when I learned that The Complex was also directed by him, though I was left disappointed at the end of the viewing.

It’s hard to give an overview of the film without spoilers, but I’ll do the best I can and apologize right off the bat if I fail. Ok, so Asuka (Atsuko Maeda) moves to a new apartment complex with her family. She befriends a weird little boy who is always playing alone in the sand pit. On the first night of her move she hears the neighbour scratching against the wall. Upon investigation a few nights later she finds a dead old dude with his hand stuck into the grooves he made into said wall. Don’t let my brevity fool you. It takes a lengthy portion of the film to get to this point and anything paranormal. This is one sloooow movie.

From here, things get slowly more spooky. Asuka has nightmares of a lethal bus crash. Her parents are always having the exact same discussion every morning at breakfast, the little boy always wants to play with her and she’s also seeing the dead old dude at her school, home– well, everywhere.

With the help of the handsome Sasahara (Hiroki Narimiya), a crime scene cleaner who has witnessed paranormal activity first hand and has a friend who knows how to deal with them, they figure out the cause of the hauntings and try to vanquish it.

The Complex is by no means a typical horror. It does follow familiar ground, but instead of the scares and hauntings you’re typically accustomed to from the likes of Ringu and its ilk, The Complex plays much more heavily on the emotional and mental aspects of our main character, Asuka. Though not entirely a bad thing, viewers expecting frightening jump scares and scary scariness will be disappointed.

This film felt about 40 minutes too long, and it was (to me) largely due to the two red herrings incorporated into it and the fact that their secret was forced into your face out of the blue. One of them, which is concentrated on for most of the film until it’s, er, throw away, pretty much did nothing for the story. It could have been removed in its entirety and the film would still come to the same conclusions.

The reveals for these were jarringly blunt and done so in such a matter-of-fact way, that (to me) any effect the writers were trying to impose on me were muted. It almost felt as if I was watching two separate films, the writers just jumping to the next story like a child drops a toy to go pick up another. Sure it had a connection with the first part of the film, but a lot of what happened until this point could easily be removed without affecting the main story one iota. This is what I feel was the biggest weakness of the film. Scenes that are essentially redundant are a great bugbear of mine. It’s inefficient screenwriting and basically wastes, you and I, the viewer’s, time. 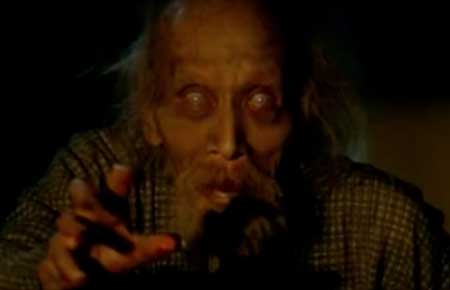 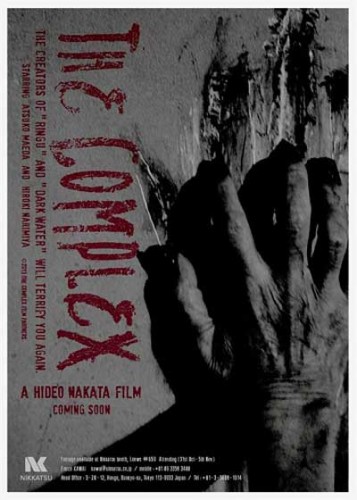 Even the main mystery is served on a platter. There’s no drip feed of clues scattered throughout. You’re just watching characters go through the motions until the writers decide to let you in on the secret. It happens for all three “mysteries” of the film. It’s poor writing in my eyes.

It wasn’t all bad though. Atsuko’s performance was brilliant. She easily conveyed fear and you really felt like she was terrified. Hiroki had little to work with, but he handled his performance well. The sound was dealt with professionally and peaked and troughed at appropriate times.

Cinematography was pretty good overall though some stylistic choices had me scratching my head. For example, in the beginning scenes we kind of go first person style through Asuka’s eyes. Not a bad thing, but it is only used for the first three minutes of the film and then forgotten. There were also shots that were uncomfortably dragged out, lingering on a character. I found it unnerving. On a plus side, it was interesting to see the practical lighting effects used in Act 3, reflecting water ripples through different coloured light. It reminded me of old Star Trek episodes for some reason. 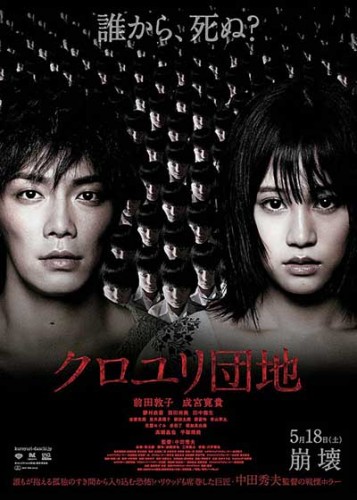 Overall, The Complex is a serviceable movie that’s overshadowed by much greater, and better attempts. Would I recommended this to anyone? Well, if you’re a die-hard fan of Hideo’s work, then sure, knock your socks off. If you want to be entertaining and frightened, you can do a lot better than choosing The Complex to satisfy your needs. 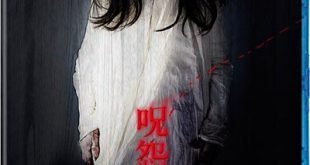