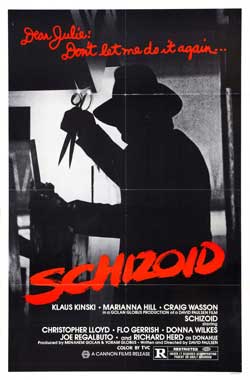 Someone is killing off the members of a therapy group that advice columnist Julie is a part of. Is it the weird psychiatrist that is leading the group, his mentally unstable daughter, or someone entirely different? Julie better find out as fast as she can because it looks like she’s the next to die.

Schizoid is one of those movies that sort of flew in under the radar and never really got a lot of attention. To be honest I didn’t really know a whole lot about it until I checked it out and while I liked it for the most part I also thought that it had a couple of elements holding it back that kept it from being great. It seemed to drag on a little bit and I think that it could have really benefited from having a little more action as there were a number of times while I was watching it that I couldn’t help but feel a little bored. There are some pretty good death scenes and I thought that it had an interesting enough premise but in the end it just felt like it was missing something and I’m sure that I will have forgotten mostly all about it this time next year in all honesty. 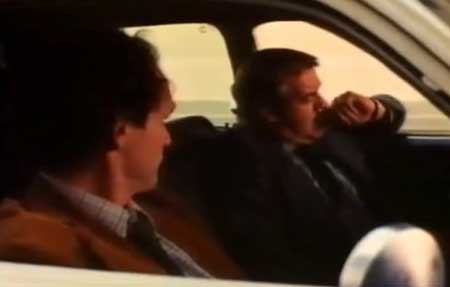 I didn’t think that it had a very strong premise and it was an awful lot like several other movies that had a very similar plot. I don’t know if I would really call it a horror film as it is more of a suspense/thriller with a touch of mystery thrown into the mix for good measure and I just felt like I’d already seen it already many times before. Without a doubt it had a cookie cutter feel to it and it didn’t really bring anything new to the table in a lot of ways. I felt a strong sense of déjà vu while I was watching it and I thought that it lacked a great deal of originality in many areas. It had potential to be a pretty good film but I think that it suffered from a weak script that was loaded with tired clichés that bogged it down and prevented it from being anything special. If you ask me it was just yet another suspense film that featured a mysterious person going around killing people that didn’t do anything fresh or inventive.

Even though I liked the fact that I had to figure out who the killer was I thought that it was incredibly easy to solve the mystery. I had little trouble in deducing the person’s identity and was actually able to do so pretty early on. Of course we have a slew of red herrings thrown into the mix to keep us on our toes and throw us off track but I thought that it was pretty apparent that none of them were responsible for the murders for a number of reasons as they all seemed a little too obvious since the biggest majority of them had some sort of serious mental problem (or were just weird in general). It was easy to mark these people off the list of possible suspects as a result which just left a couple who could have been behind the murders and from there it wasn’t challenging at all to figure everything out (here’s a hint: it was the person who kept a pretty low profile during most of the movie and only popped up from time-to-time). 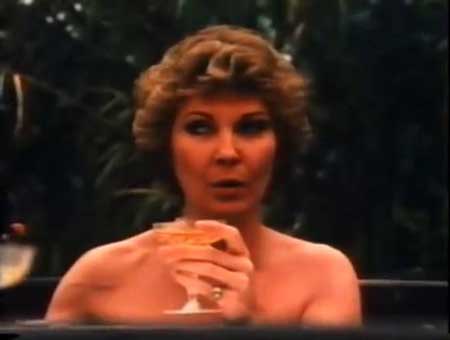 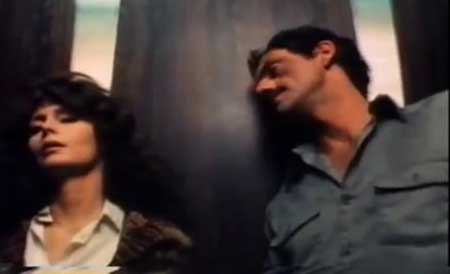 On the plus side I did enjoy some of the death scenes. The killer uses a pair of scissors to take people out (which is a little different but it works) and some of murders are actually pretty graphic. There weren’t enough death scenes for me as only a handful of people die (hey, I dig movies with high body counts) but what few we get are pretty fun and bloody. It’s just too bad that more people didn’t die because I think that the movie would have been a lot better had this happened and I would have definitely enjoyed it a little more as a result. 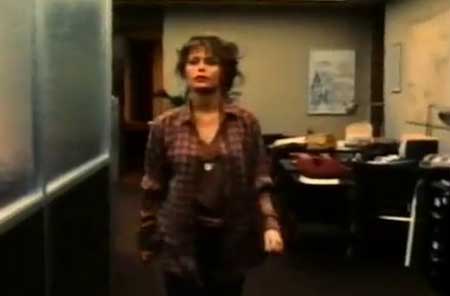 I liked the cast as well. As always Klaus Kinski was good as the creepy and possibly homicidal psychiatrist that leads the therapy group (though I couldn’t help but feel he may have phoned it in a little bit at times and he appeared to be bored to tears more than anything at certain points). Marianna Hill does a great job as the main character, an advice columnist who keeps getting threatening letters in the mail (and one of Kinksi’s secret lovers, damn the guy gets a lot of tail in this movie) and I liked how the whole letter thing was handled toward the end. Christopher Lloyd also pops up a couple of times and plays the usual oddball character that he is usually accustomed to but he really doesn’t do much of anything other than make bizarre comments and pout about how lonely he is during therapy. 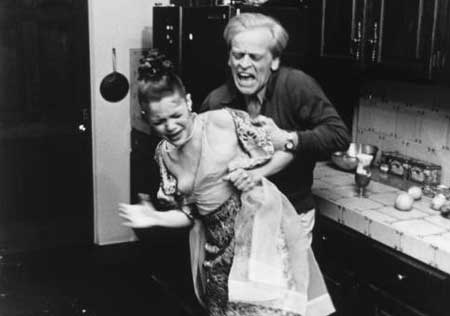 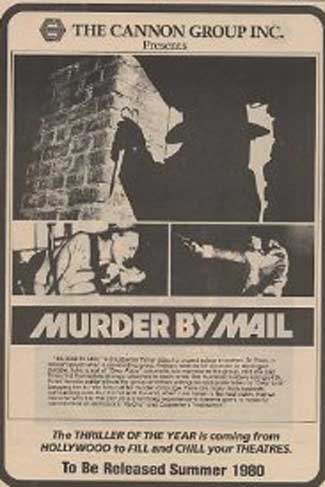 Schizoid (which is sort of a misleading title since it doesn’t really describe the person doing the killing but I guess since Psycho was already taken the producers thought that they’d go with their second choice) wasn’t a terrible movie but I doubt that I will be in any hurry to ever sit down and watch it again anytime soon. Some things worked for it but some things didn’t, so in general I would have to say that it was just so-so more than anything else. Check it out if it sounds like it may appeal to you, if you check your expectations at the door you may end up really enjoying it.