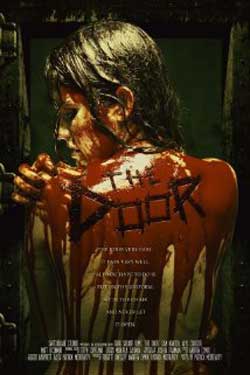 Three happy couples enjoy the holidays in a cozy secluded cabin in the woods when they are suddenly interrupted by an unprecedented event that will forever change their lives.

If a strange man offers you a cushy job with mad pay, and all you have to do is not ask any questions, would you take it?

That’s the dilemna that faces Owen (Sam Kantor). Recently laid off, no savings in the bank, and his girlfriend’s birthday coming up all seem to be adding up to a pretty bad day. But on his way to a job interview, he sees two thugs roughing up and trying to rob a Japanese business man (Brian McDonald). Owen intervenes by whipping out his Iphone and filming the situation, and convinces the thugs that he is uploading live. They take off.

The businessman offers Owen a fat wad of cash, which he reluctantly takes. Then Owen is ofered the aforementioned job. He is to show up at an address that night, no questions asked, and start work immediately.

When Owen arrives, He finds that the job is in a warehouse-style building in the middle of nowhere. He is handed a security uniform and told that he must gaurd a door. A non descript, plain old door. He is not to open it under any circumstances. 500 dollars a night, 12 hour shift, and that’s the job. Sounds simple, right?

Confused and not just a little freaked out,Owen isn’t so sure he wants the job anymore. The businessman offers to send a replacement gaurd for the rest of the shift with the promise that he and Owen will discuss the job in the morning. Owen agrees, and the businessman tells him the replacement will be there in an hour.

Then Owen’s girlfriend and her friends decide to ditch the birthday party and bring the party to Owen. They are very trashed, and it’s a miracle they even made it there. Owen’s first day on the job is not going very well.

Of course, Owen’s friends are really curious about the door. Fortunately for him, the complicated series of steps required to open it means none of the drunks can randomly pull the damn thing open. Disaster averted, right?

No. Not at all. Voices start coming from a vent saying “help me”. The vent appears to be attached to the space behind the door. Meanwhile, one of the girls, Mia (Jessie Yang), decides to snatch the key and disappears, apparently behind the door. Oh, and by the time they realize what she’s done, she’s apparently been in there for at least 3 minutes. Nice one, drunk girl.

So what do you do? They go in after her and then…well, let’s just say that’s where everything gets really weird.

I can’t go into too much beyond that without giving spoilers, other than to say that it’s all about the world behind that damn door. Strange things start to happen. Very strange things. It becomes clear why a gaurd is needed. What isn’t clear is what exactly the gaurd is gaurding, and if the job is to keep people out or keep something in.

It’s an interesting concept, similiar in atmosphere to those creepy surreal Asian horror films that are all the rage right now. This is a Candian film, however, and doesn’t quite reach that level of awesome. But like a lot of horror productions from Canada, it does achieve a sufficient level of WTF to keep it interesting. It also has a fairly short run time (just over an hour) which helps keep the film from getting drudgy.

To be honest, other than a few choice dirty words, it feels like an episode of Goosebumps or a walk through a really cheap haunted house. Very little gore. No special effects, other than lighting tricks and clever editing. Just our characters carrying the story through their reactions to the weirdness, which is not necessarily a bad thing.

writer/director Patrick McBreaty has only two other films to his credit – Bounty Hunters and Psycho Ward. I have not seen either. He does a good job on this film, as the dialogue is very believeable and visually there are some very interesting things going on.

Cinematographer Joshua Fraiman did some really good work here. From his IMDB listing, it appears his experience is in children’s productions mainly. Perhaps that is why I get that RL Stine vibe from this one. It looks good, though. Nice use of light and the framing is effective to the storytelling.

As for our cast, Sam Kantor (Owen) has only one other production credited to him. For an actor with very little experience, he does a really admirable job playing the poor sap.

In fact, most of our principle cast have next to nothing in the way of credits, with the exception of Mia, played by Jessie Yang. She was a contestant (and I’m geussing a winner)on Asia’s Next top Model. She is in the film very little, But her scenes are definately memorable.

The Japenese business man Mike, played by Brian McDonald, is also a first timer. Again, not in the film very much but he does a really good job when he is there.

On the whole, I didn’t hate it. Even with the relatively short run time, I feel a bit could have been shaved off just to keep things moving. And with the exception of some choice F bombs, you could probably show this film to a pre-teen audience. There was real potential for this to be something gruesome and more appropiate for an adult audience, and they just didn’t come up to that potential.

So on a scale of one to ten, being awesome, I’m giving this film 5 keys.