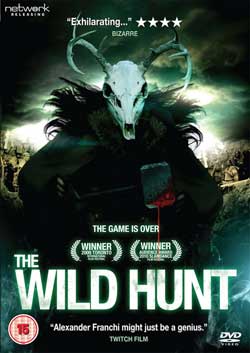 A medieval reenactment game turns into a Shakespearean tragedy when a non-player crashes the event to win back his girlfriend.

This is a different film from the kind I usually get, and I’m finding it difficult to try and explain it. There are three seperate stories going on at the same time. Each runs parallel to the other and create a complete fourth story. I know, it sounds complicated. But its really not.

Our main characters are two brothers, Erik and Bjorn (Ricky Mabe and Mark A. Krupa). Erik is fairly rooted, caring for their elderly father who seems to have dementia. Dad only speaks Norwegian and Erik doesn’t know what he’s saying. 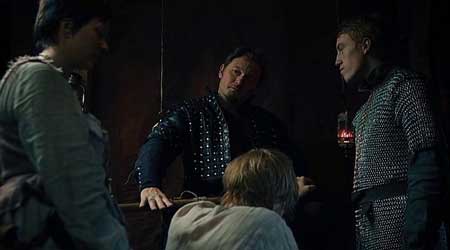 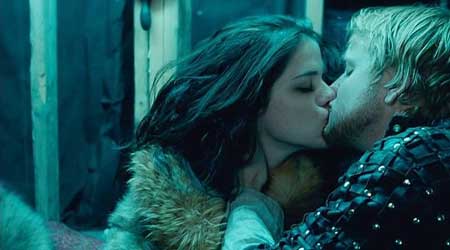 Bjorn, on the other hand, is an avid gamer. I’m not talking about XBox here. Bjorn is a live action role player. If you aren’t familiar with LARPing, it’s Dungeons and Dragons taken to a whole new level. Costumes, armour, padded weapons, and a complicated rule system are used to live the fantasy. Which is exactly what Bjorn does.

It is the time of year for the annual encampment, where LARPers from all over the country come to a replica medieval village and spend however many days actually living as their characters full time. The culmination of the event is the “Great War”, where all the players take sides and have at it.

Erik’s girlfriend Lyn (Tiio Horn) is a LARPer, too. Erik just doesn’t get it and as a result Lyn drops him like a hot rock to go to encampment and play out her fantasy with the evil Shaman Murtagh (Trevor Hayes). Yes, it is as sordid as it sounds. 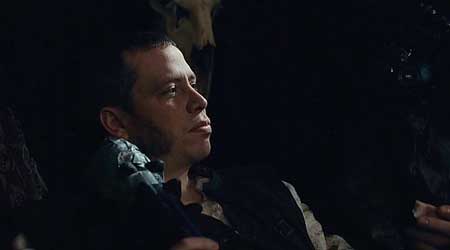 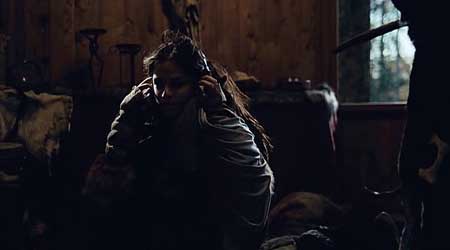 Erik decides to go to the encampment in a last-ditch effort to win Lyn back. He is stopped at the gate by the referee Tamara (Claudia Jurt) and forced into a period costume, otherwise he won’t be allowed to enter the grounds. She takes him through the Shire to meet with Lyn who is a prisoner of the evil Shaman (in game, that is).

As you can imagine, this goes badly. But rather than just say the heck with it and leave, Erik stays and his brother decides to help him “rescue” the “princess” and give him a chance to win her back. This is where everything really goes wrong.

By introducing this real world drama into the encampment, the entire weekend’s game spirals very quickly out of control. As Erik and Bjorn basically re-write the scenario to try and get to Lyn, the path to the Great War is changed and that kinda pisses a lot of people off. It gets personal after a while. As such, the stage is set for a Shakespearan-level tragedy.

So as I said, there are three stories. The first is the relationship between the brothers, Erik and Bjorn. They are obviously estranged and Erik resents Bjorn for escaping into fantasy and leaving him to care for their father. When Erik turns up at the encampment, Bjorn siezes the moment as a bonding opportunity and a chance to involve Erik in his world. 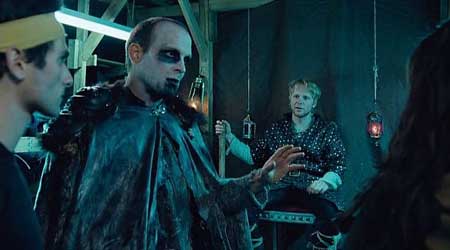 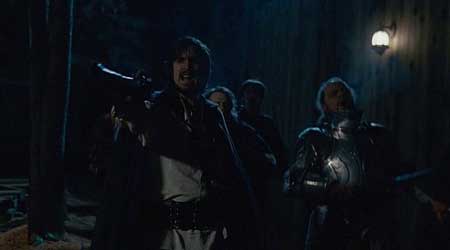 The second story is all about Lyn. She has a child-like naivete concerning her relationships with both Erik and Murtagh. She can’t seem to draw the line between what is the game and what is real. Erik is forced to join the game in an attempt to get on her level.

The third story is about their father. You don’t see much of him in the film, as the majority of the story takes place in the encampment. But it is important to keep him in mind.

These threads all converge to create the overall fourth story – the story of a fragmented family and how they work out (or fail to work out) their differences. All the characters in the story are damaged in some way. Each plays the game in search of some truth and power for themselves.

The film was written and directed by Alexandre Franchi (from a story by Mark A. Krupa). He has very little in the way of experience, as I could only find a few French language shorts on his IMDB listing. But he does a masterful job with this film, especially the battle sequences. There’s a lot of chaos to capture in several sections of the story. 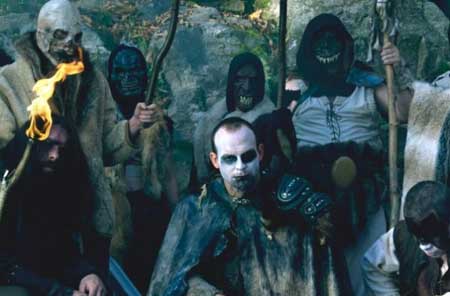 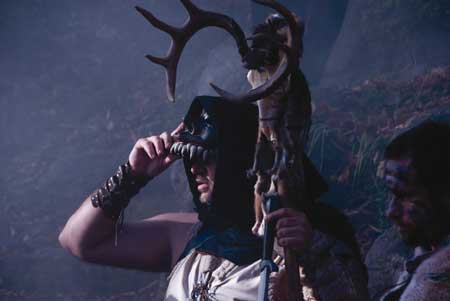 The cast are really wonderful as well. Ricky Mabe has quite a few credits to his name, including Zack and Miri Make A P**no. His character has probably the largest arch in the story, going from one extreme to the other and he plays it well.

Mark A. Krupa as Bjorn is another actor that really stands out. He has a long list of credits as well.

Tiio Horn has worked with Ricky Mabe before in a film called The Trotsky. You might also know her from Hemlock Grove, Defiance, and Supernatural.

And of course, our evil Shaman played by Trevor Hayes. He has quite a long list of credits as well. Like Lyn, Murtagh has trouble seperating the real world from the game. And he plays the villain of our story with just the right balance of cheese and pathos.

I kinda liked it. I mean, when the film opened on a battle between Vikings and Celts, I rolled my eyes and sighed. I love low budget films, but low budget period pieces are terrible. Once I realized what was actually going on, I breathed a sigh of relief. This isn’t a particularly low budget film ( made for around 300,000 CAD) and I’m geussing they put out a casting call for every re-enactor and Rennaissance faire employee in Quebec. “We’re making a movie. Bring your garb!”

Overall, it looks good. I don’t know if they built the village for the film or shot in an established Renn Faire grounds. You never forget that it isn’t “real”, and with very few exceptions (Bjorn being one of them) most of the people break character several times through out the story. For anyone who ever LARPed, there are some moments of comedy that we will all recognize.

This may not be for everyone, obviously. But the story is well written, and works on a lot of different levels. Visually, quite good. The cast (all of them, and there are a lot of them) do a really good job.

So on a scale of one to ten, ten being awesome, I’m giving this film 6 foam swords.