Horror Funding: NIGHT OF THE BABYSITTER

FUND NIGHT OF THE BABYSITTER TO GET DVDS, POSTERS, PRODUCER CREDITS AND SO MUCH MORE!

NIGHT OF THE BABYSITTER 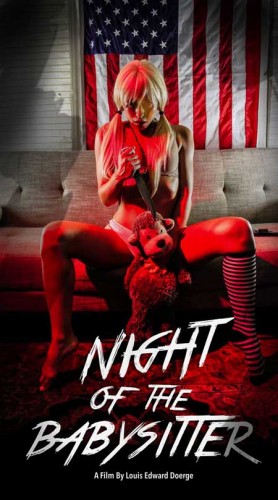 Night of The Babysitter is Horror, crime, sex and hip hop are united in this rousing portrayal of a father and daughters’ unpardonable revenge, starring Dora Madison Burge (Friday Night Lights, Dexter, and the new Terrence Malick movie!). A crime thriller in the guise of a horror slasher, our tale  is centered around a father, simply known as FATHER, and his daughter, THE BABYSITTER, during their final acts of a year-long revenge against those Father blames for the death of his wife.

In true, low budget horror movie fashion, we are shooting Night of The Babysitter on Kodak Super 16mm Motion Picture Film so that it looks genuine and gorgeous. Our Director of Photography is celluloid maestro, Jeff Wedding, who wrote the insanely beautiful A Measure of the Sin.

You can’t have a killer movie without a killer soundtrack. We have indie-rock sensation, FUTURE DEATH, who will play a song in the film. They recently received massive praise from Pitchfork, and Rolling Stone. Upcoming and critically acclaimed hip-hop emcee NOM will also be acting in the film, and contributing music to the soundtrack.

We just launched our indiegogo campaign and definitely need the support of genre movie fans everywhere to see this unique, sinister piece of cinema become a reality! 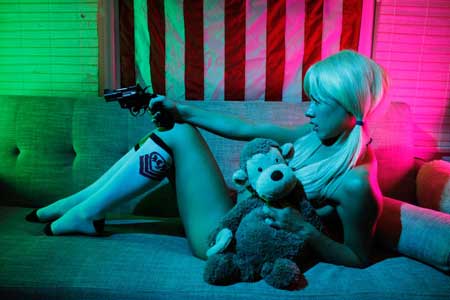 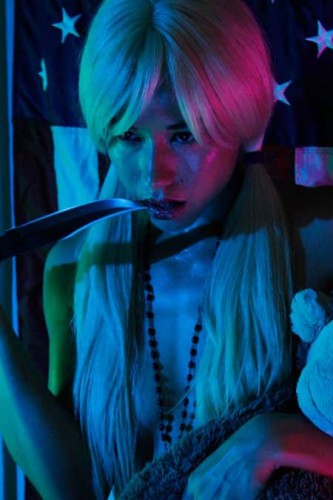 Tags NIGHT OF THE BABYSITTER