The Gore-Filled Splatter Comedy Directed by Tommy Wirkola
Debuts on DVD and in a Collector’s Edition Blu-ray Dec. 9 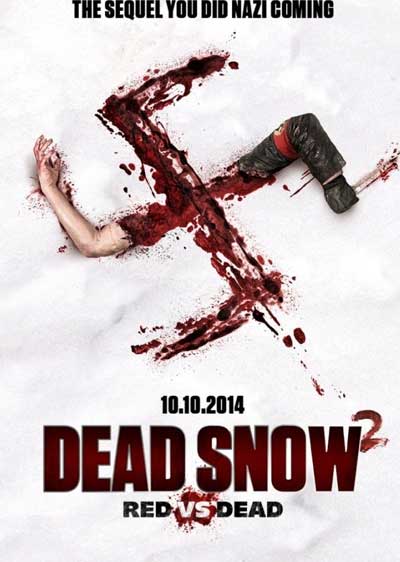 Dubbed “Bigger, brasher, bloodier” by FILM THREAT’s Brian Tallerico, DEAD SNOW 2: RED VS DEAD debuts on DVD and in a Collector’s Edition Blu-ray Dec. 9 from Well Go USA Entertainment. The sequel to the cult horror comedy from Director Tommy Wirkola (Dead Snow, Hansel & Gretel: Witch Hunters) stars Vegar Hoel (Dead Snow, Hansel & Gretel: Witch Hunters), Martin Starr (Knocked Up, Superbad), Jocelyn DeBoer (Stuck Like Chuck) and Ingrid Haas (Scott Pilgrim vs. the World). Picking up immediately where the original left off, the film wastes no time getting right to the gore-filled action, leaving a bloody trail of intestines in its wake. Wirkola comes up with more inventive ways to maim and dismember than anyone ever thought possible. Combining wry humor with horrific worst-case scenarios, this follow-up to the 2009 Midnight classic shocked the weak-of-heart and delighted even the most hard-core fans of the horror genre when it made its debut at the 2014 Sundance Film Festival. 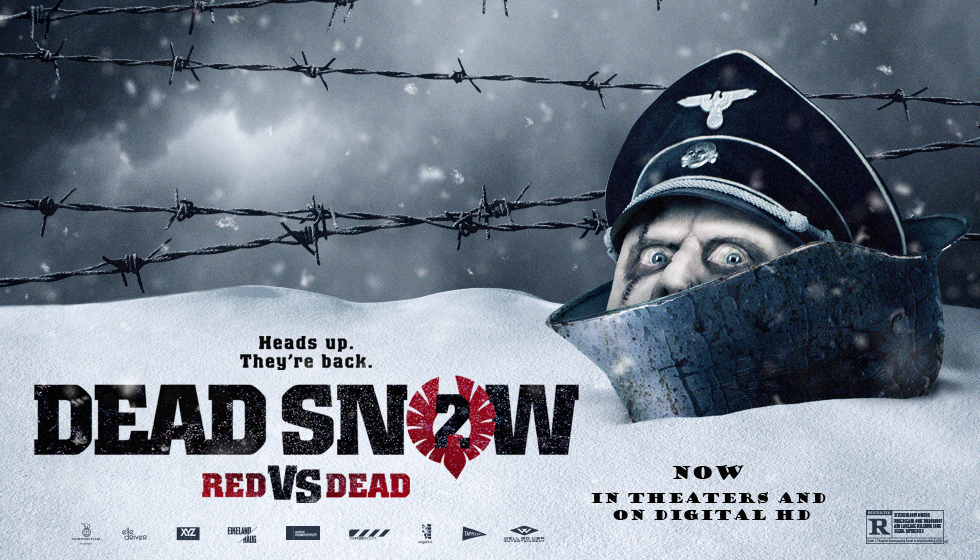 The DVD and the Blu-ray Collector’s Edition both feature audio commentary with the director and writer, a VFX Featurette and Dead Snow comic book; while the Collector’s Edition exclusively features the international version of the film and the short film ARMEN.

Synopsis:
Martin (Vegar Hoel) hasn’t had the best vacation. He accidentally killed his girlfriend with an axe. He cut his own arm off with a chainsaw. And his friends STILL got devoured by a battalion of Nazi Zombies. This morning, he woke up in a hospital bed with a new arm – but it’s a super-powered Zombie arm that wants to kill him, and anything else it can reach. Martin’s PISSED. And with the help of his new Zombie Squad pals (Martin Starr, Jocelyn DeBoer, Ingrid Haas), he’s gonna deliver some payback to Colonel Herzog and his precious Nazi gold – by raising an undead army of his own.

DEAD SNOW 2: RED VS DEAD has a runtime of approximately 101 minutes and is rated “R” for strong bloody horror violence and gore throughout, and language including some sexual references.

the International Version of the Film, the Short Film ARMEN, Commentary, a VFX Featurette and the Dead Snow Comic Book