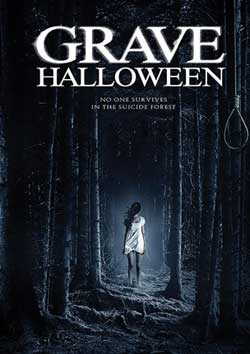 Suicide forest is just a name – isn’t it? Miko intends to find out, even if it means uncovering the sad truth about her mothers suicide

Aokigahara, known as the Suicide Forest, lies at the northwest base of Mount Fuji in Japan. It historically boasts the country’s largest suicide rate (approximately 100 per year), and is credited by some sources with holding the number two slot worldwide. Not surprising, the area is rumored to harbor a multitude of vengeful spirits and demons. Fascinating stuff, and the perfect milieu for an atmospheric and chilling ghost story put to celluloid. 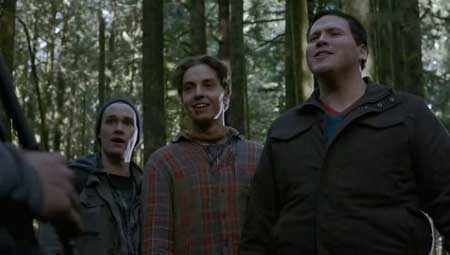 And if anyone ever makes that particular motion picture, I’ll be the first to let you know, friends. Until that glorious day, we’re stuck with “Grave Halloween.” Released in 2013 but picked up by SyFy for this year’s October programming, our latest is an ideal example of squandered opportunity. Director Steven R. Monroe, who managed to pull off a competent remake of “I Spit on Your Grave,” is at the helm with Ryan W. Smith on writing duties. Together, they take a palpable storyline within a frightening location and deliver an attempted funhouse ride, complete with living trees, zombies, and of course the standard white-faced spirits that had grown tiresome by the time “The Grudge 2” rolled into theaters years ago. That isn’t to say, however, that “Grave” doesn’t possess a certain mindless appeal in its messy execution.

Separated from her Japanese birth mother since the age of five, Maiko (Kaitlyn Leeb, the three-breasted mutant in the new “Total Recall) sojourns to Aokigahara (Canadian wilderness filling in for Japan) to find the estranged matriarch’s body and perhaps some insight into why she had taken her own life. Maiko also plans to perform segaki, or “the feeding of hungry ghosts,” a ritual to free restless entities from their earthly prison. Though she claims the ceremony can only be held on Halloween, that’s a Western bastardization, as it can be applied whenever warranted (thank you, Wikipedia). Her only clue to the corpse’s whereabouts is a photo of a gnarled tree straight out of a “Poltergeist” inspired childhood nightmare. 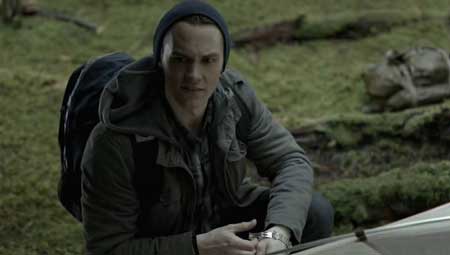 Sounds intriguing, yes? Here’s where that ends. Tagging along is a fledgling documentary crew (calm down, if it were found footage I’d have warned you earlier) of fellow exchange students, because an intimate journey of self-discovery is never complete without wisecracking college hipsters around to film it and piss off forest ghosts. If the foremost question in Maiko’s melon before setting out was “How can I cheapen this entire experience?” she hit the nail on the damn head. “Grave” even has the sack to address this, as cameraman Kyle (Graham Wardle) asks Maiko why she allowed them to join her in the first place. Her response is such an inexplicably baffling load of horseshit parading as validation, it’s a mystery why the question was posed in the first place. If that’s the best they could come up with, just skip it and pad five minutes with anything else.

The doc is a class project of best friend Amber, portrayed by Cassi Thomson of HBO’s “Big Love.” This leads one to wonder why Maiko’s reply to Kyle wasn’t simply, “My b.f.f. needed this for her grade and I couldn’t turn her down,” but enough beating that deceased equine. Terry (Dejan Loyola), the sound technician, rounds out the bland foursome. While hiking the wooded trails, they meet Jin (Hiro Kanagawa), an older gentleman who takes his daily walks there. Upon hearing Maiko’s plight and recognizing the tree from her pic, he agrees to act as guide. 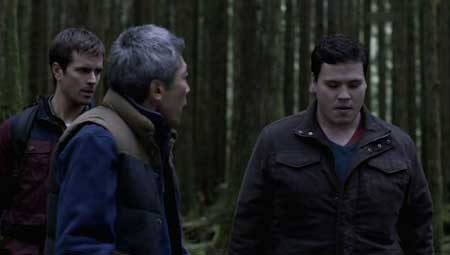 When a trio of idiotic schoolmates arrives to pull a prank on our leads and steal from the dead, the situation for all involved grows dire, and “Grave” completely divorces itself from any tentative grasp on reality it had prior. To claim that the production grows silly into the second half would either be an enormous understatement, or the declaration of someone on heavy Quaaludes. Characters become separated from the others by vanishing into a sort of netherworld, which is the same location bathed in a blue filter. There, they are at the mercy of the forest. 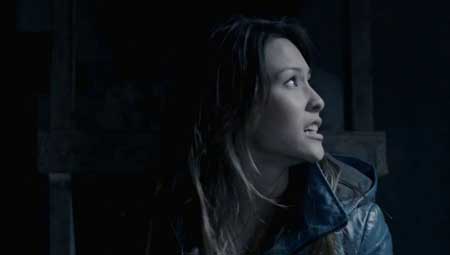 That isn’t all this plethora of angry specters is capable of. Not by a long shot.  They can animate vines and roots (hello, “Evil Dead”), cause insects to spontaneously erupt from one mouth to another (hey there, “Green Mile”), give a proper ass-stomping while in invisible mode (howdy, “Drag Me to Hell”), and suck folks out of rooms and into unknown oblivion (oh, hi again “Poltergeist”). In fact, if any supernatural screen entity whatsoever has done it, a nod is likely given at some juncture here. I’m shocked Monroe and Smith didn’t contrive a way to incorporate a creepy doll into the scenario. They must be saving that for the sequel I doubt will ever exist.

Though the rapid-fire shifts between separate situations hampers any momentum those scenes could have achieved and grows obnoxious into the finale, kudos must be given to Monroe for keeping the pace moving once everything derails. He doesn’t allow the viewer one moment’s breath for reflection on the nonsense transpiring. Also showing his keen hand behind the camera when handling violence, the kills are well staged, most notably a drawing-and-quartering courtesy of evil foliage. The use of practical blood sprays (In a SyFy movie?) was appreciated as well. 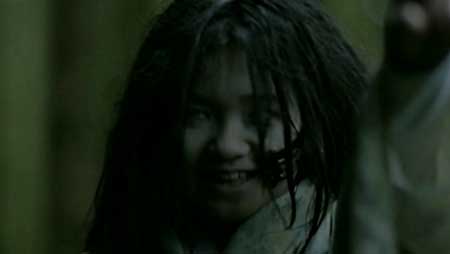 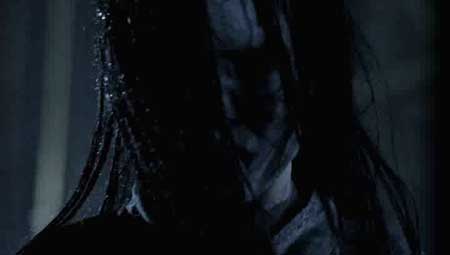 Supported by a game cast forced into generic roles (I felt especially sorry for Leeb, who must have cringed at the pious pap she had to spout), “Grave” is not a great choice for an evening’s curl on the couch and a movie celebrating every horror fanatic’s favorite holiday. Your best bet is to put a little moxie into the search and find something with a bit more substance.

Or, just say screw it and settle for this one. There’s even a fair chance that you probably won’t regret “Grave Halloween.” But, I make no promises. 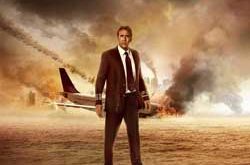 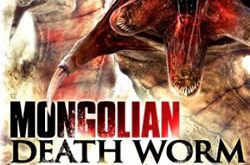 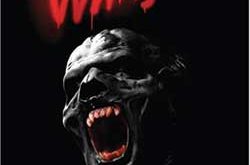 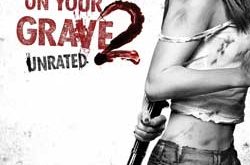