In March of 2011, three filmmakers disappeared in the Superstition Mountains of Arizona while documenting their search for the Lost Dutchman mine. Their bodies were never found… but their camera was.

Dark Mountain is the 2013 found footage tale of three nuts wandering around a modern communication dead zone in search of a cave filled with gold for a documentary.

Along the vein of most found footage the idea behind Dark Mountain is that events transpired in such as way where only the camera and the footage there within were found but the bodies weren’t, thus we have a mundane film giving small fake bits of history peppered in with the standard true elements of a real place that carries the story with it’s own lore, much like The Blair Witch Project in some ways.

Kate and Paul, played respectively by Sage Howard and Andrew Simpson, take a standard digital camera out to the Superstition Mountains of Arizona in March of 2011 along with their friend Ross, played by Shelby Stehlin, with hopes of making money either by finding a lost gold mine or making a documentary about the area.

Combined with an air of silliness from the somewhat wooden dialogue and disagreement over the nature of the superstitions of the area the story starts off as innocuous and almost interesting as it’s Blair Witch predecessor but ends up crashing in the second half of the film as things grind to a halt in the search for a way out of their situation. Spoilers follow.

As mentioned before, the film starts and progresses as any other found footage film with the exposition dump delivered clumsily over talk of what their plans are when they arrive, then talk with locals about the real location and planted people who give fictitious lore needed to build on the story as needed for the plot. In this case it is the nature of the mine lost to tie in the mountains and it’s relation to the Native Americans of the area willing to kill over its protection.

Undeterred, the three go into the mountains and after little travel and no plot development beyond brief mention of Ross’ uncle having gone missing in the mountains before and a light show caught on the camera conveniently left on overnight they find a cave that, despite no mention of it before, Ross instantly displays an edge of being superstitious about spirits he doesn’t want to upset.

Ignoring Ross, Paul and Kate enter the cave, find a piece of quartz gilded with a strange design and move to head back when Kate sees something off camera akin to a bad CGI ghost, causing the two to run out of the cave and back to Ross.

From here the plot cuts in two and the pacing starts to decay. After the cave the three wander more and find something underground but at the behest of Paul they leave it and head back to camp. Having found their camp sacked and filled with dead animals, they decide to stay because of the sun setting. At this point Ross and Kate stay up and exchange stories to exposit events further.

First we have Ross’ uncle Vance, voiced by Shelby Stehlin, who was lost in the Mountains after some strange fascination with what may have been portals in time and space which paired with the spirit from the cave having possessed Paul and is slowly turning him against the others.

Next up is the possession of Paul who wakes up in the night gibbering in native american and grasping the strange stone from the cave. This sets off red flags for Ross who wants to leave but Kate is against it because of the documentary.

The next day Paul comes to and decides they should keep camp where it is and that Kate should press on with the documentary. Ross dissents, thinking they should return the stone and leave but despite this the three go back out and start looking for the metal underground entrance from before.

As they lose track of where they are and the GPS fails because of the strange nature of the landscape the three stumble upon Vance’s old camp. The equipment looks relatively new despite the event happening several decades ago and the three find a tape recorder detailing the gruesome death of the expedition and Vance’s last words.

AT this point they decide leaving is more important but they get lost again and end up frantically searching for a way out only to end up at the cave where they found the stone. Giving to Ross, Paul goes in dropping the stone and leaving but not before the flashlight dies and the ghosts attack him and Kate who make a run for it back to Ross.

That night Paul is possessed again with full bleeding of the eyes and levitation, finding that the ghost placed the stone back in his pocket. Slowly going mad from this point on Paul decides that Kate is staying for the story and that Ross is trying to steal Kate.

The film climaxes and ends when Paul runs off, Kate and Ross try to find him and end up being attacked separately, first Ross from behind and then Kate after she tries to find Ross.

The film is a wash as it tries to place a real sense of the supernatural by using a real location but then failing that by using unnecessary effects and introducing the actual set up halfway into the film with the strange portals and possessive spirits.

Overall the film isn’t bad but many films like it exist and some, including the film that started the sensational movement toward found footage, are better than it which instantly makes them a reason to pass this over unless you demand to watch every found footage film there is, in which case feel free to watch it.

Not recommended, but not worth deterrence, the film can be watched and enjoyed, only make sure you don’t go out of your way for it. 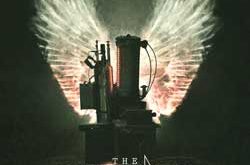 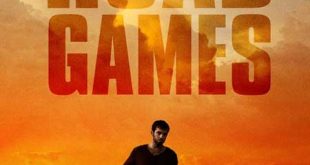