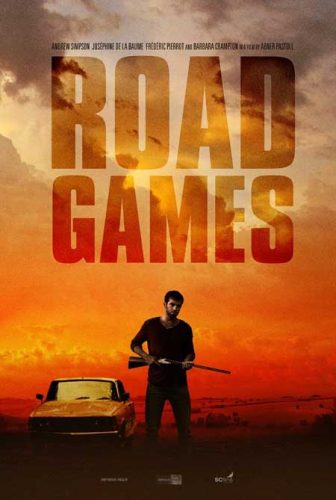 While hitchhiking through the French countryside Jack meets up with Veronique when he saves her from a potentially physical altercation with her male companion.  The two soon find themselves staying at the house of a friendly older couple for the night, but unfortunately their hosts may not be quite as nice as they seem.

I wasn’t too keen on watching Road Games at first because my initial thought was that it was a remake of the criminally underrated 1981 flick staring Stacy Keach and Jamie Lee Curtis but thankfully that wasn’t the case. Instead we have a different movie that just happens to have the same title and while it isn’t nearly as good as the Keach movie it isn’t bad as a whole. It does tend to drag a bit and the twist at the end is pretty predictable but I didn’t think that it was nearly as bad as some of the other online reviewers made it out to be. It is more of a suspense/thriller than an all out horror film but I still enjoyed it regardless even if it did have a couple of flaws.

Overall I liked the premise. It isn’t the most original in the world and reminded me a little bit of Wolf Creek to an extent but to be honest I think it is actually superior to that film for a number of reasons (don’ t hate me, I just don’t get the appeal of Wolf Creek  and thought that it was a tad overrated). The plot is pretty simple and you don’t have to think too hard about it so if you’re looking for a straight forward movie that isn’t overly complicated and convoluted then this film is for you. I’ll admit that the pacing is a bit off and nothing really happens until late into the film but I really didn’t mind as it kept me entertained and interested in what was going on.

It is a slow burner and not exactly what I would call action-packed but I thought that it worked because it just isn’t that type of film. I know a lot of people that reviewed it online claimed that it was boring and that it moved too slowly but I have to disagree with them. Though there are some moments that drag on a little too long as things build up I wouldn’t necessarily say that it was a boring movie (and this is coming from someone that gets bored very, very easily since I have an ultra short attention span). I do wish that a little more had happened toward the beginning and middle but it didn’t but that didn’t stop me from enjoying it.

Even though the big twist at the end was predictable and I saw it coming fairly early on I still have to commend the filmmakers for throwing it in there. It isn’t that hard at all to figure it out and anyone who has seen enough horror or suspense/thriller films will not be surprised at all when everything is revealed at the end. That isn’t to say that the twist is a bad thing and I actually think that it worked because it makes things a little more interesting in the long run but it was one of those that has been done countless times before in other movies. It doesn’t ruin the film like some twists have been known to do (cough, cough, High Tension, I’m looking your way) but some viewers may not be into it because it is predictable and a little unoriginal.  I don’t want to say anything more because I don’t want to spoil it for anyone so I’ll let you make your own decision on if it was a good idea or not after you see it (I thought that it was for the most part).

I also liked the characters as well. I thought that Jack (Andrew Simpson) was a pretty decent character and even though he didn’t have a great deal of depth I still liked him (despite the fact that he looked a little like Joshua Jackson, who is one of my least favorite actors of all time). I also really dug Veronique (Josephine de La Baume) as well and thought that she was absolutely gorgeous. She and Jack made a very cute couple and I actually cared about both of them, something that I can’t say about some characters in other movies that I have seen lately.

The film’s antagonists Grizard and Mary (played by Frederic Pierrot and genre legend Barbara Crampton) were also effectively bizarre, menacing, and charming all at the same time and I actually felt sort of bad for them by the end of the film. Road Games doesn’t have a very large cast of characters but that is okay because I think this actually works in its favor.  I think one of the reasons that I did like this movie as much as I did was because I thought the cast did a great job of creating characters that were extremely likable.

On the downside Road Games isn’t without a few issues. I thought that the whole thing with certain characters switching back and forth between English and French was a little annoying and distracting and since I can’t speak French I had no idea what was being said during certain parts of the movie (seriously guys, subtitles wouldn’t have been a bad idea). I also thought that the taxidermist character was more than a little pointless and I still don’t quite understand why he was in the movie (plus he only spoke French so I had no clue what he was saying when he was talking).

He just seemed sort of thrown in at the last minute and got a little too much screen time for someone who just didn’t seem necessary to the plot. I really don’t know who he was in relation to the other characters and have no idea why he was just hanging around in a shed on the older couple’s property as it was never quite explained (or maybe it was and I just didn’t realize it because it was in French).  I didn’t really see the point of the scene after the credits either as it is very short and just seemed tacked on as it doesn’t really add anything (I guess that the people behind it just thought they needed to have a post-credits scene but I wish that something had actually happened  during it to justify it). 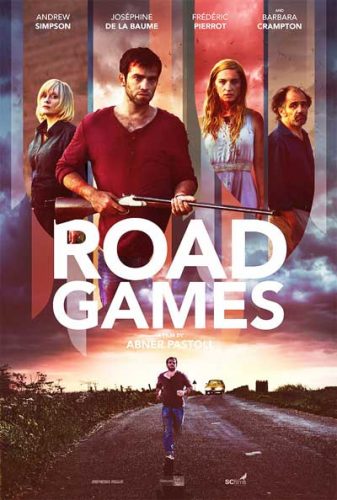 When everything was said and done I can say that I enjoyed Road Games.  It didn’t change my life or anything but I thought that it was a pretty good movie overall. It isn’t for every taste and while some people won’t like it I think that there will be a lot of viewers out there that do if they give it a chance. I actually liked it more than I thought that I would (primarily because of the cast, which is without a doubt its biggest strength) and thought that the last scene right before the credits was a nice touch (Oh, and I will warn you now that you will have the weird French pop song playing in the background during the end scene stuck in your head for days after you hear it). I am certain that it won’t become your new favorite movie of all time or anything but if you have the chance to check it out I recommend that you do so as it really isn’t that bad.