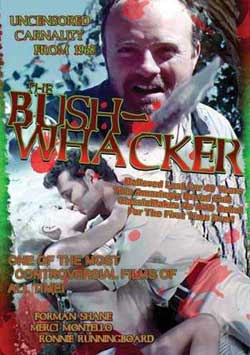 A deranged man (with a groovy Davy Crockett hat) shoots down a small plane and then hunts down the survivors.

I knew that I was in for an awesomely bad treat when The Bushwacker started and I saw that the title card for the film was just painted on plywood and placed haphazardly in front of the camera. From there things just got progressively stranger and I have to admit that I loved every minute of it. Some people may argue otherwise but I thought that this film (which was released in 1968) was awesome and a little ahead of its time in a weird sort of way. I personally loved it for its pure cheesiness and oddness and I can’t believe that it has taken me this long to actually see it. 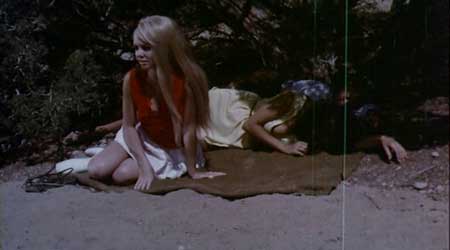 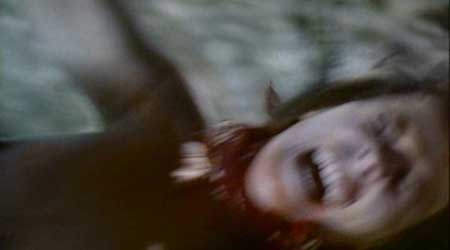 When you have a movie with people with names like Ronny Runningboard, Merci Mee, and Acee Decee attached to it you know that you are in for one hell of a weird ride, and it doesn’t get much weirder than The Bushwhacker. It looks like it was shot with a budget of about $30, the acting is deliciously bad, and there is enough soft core P*rn going on to make anyone happy. To be honest the movie is basically just four people walking around in the middle of nowhere (stopping every once in a while to make out or roll around naked on top of each other) while a weird-looking guy stalks (and eventually starts killing) them. It may sound pretty bland and boring on paper but trust me it isn’t. It’s strange and a little monotonous at times but I couldn’t take my eyes off of it, even when nothing is really happening (which is quite often). Some viewers may think that this movie is a total and complete train wreck but I say that it is nothing short of a cheese ball masterpiece. 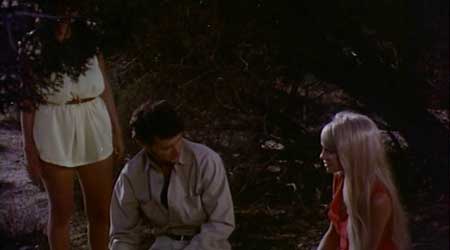 Do you like full frontal female nudity? Are you into seeing naked women rub all over each other and sort of make out (the dialogue between the two in this scene is nothing short of priceless)? Do you enjoy soft core P*rn? Then you’ve come to the right place. This movie is full of sex and nudity and since all the women involved where hotter than hell (well, at least 2 of them, the third had a nice body but a kind of homely face) I definitely approve. I was a little surprised by how P*rnographic it was considering that it came out in the late 60’s to be honest and I am sure that it probably shocked a few people back in the day as a result (especially when it comes to the scene that involves one woman kissing and rubbing her bare breasts all over a woman who has been killed). Some pretty wild and kinky stuff takes place in this film and while we never really see a full on, hard core sex scene we get enough teasing to last a lifetime. 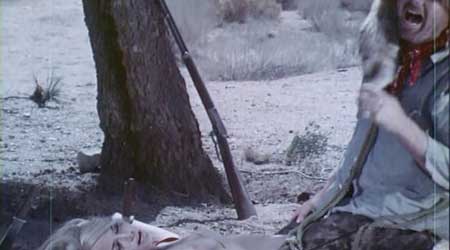 I have to say that I loved all the characters too. Dan Martin is brilliantly terrible in his portrayal of the bushwhacker and spends most of his time sneaking around and trying to look menacing. Forman Shane is equally good as the studly pilot of the plane all the girls want to get with and Merci Mee is great as Dawn, the horny girl who keeps running off with Dan to have sex whenever the opportunity arises (plus she looks like Gwen Stacy from the Spider-Man comics a little). My personal favorite character though is Sherry, played by the freaking beautiful Rita Roundheels (I’m pretty sure that isn’t her real name). Unfortunately she becomes the first victim of the bushwacker and I wish that she could have stuck around a little longer because she ruled. All in all the characters in the movie were great due mostly to the fact that the actors portraying them couldn’t really act. This is definitely one film where the bad acting actually made the movie better. 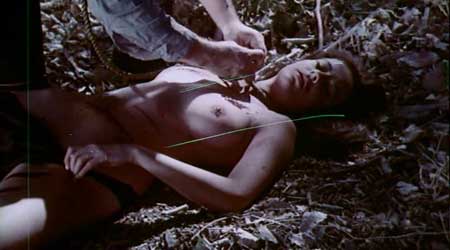 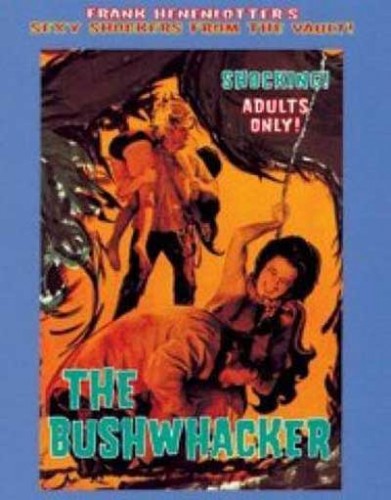 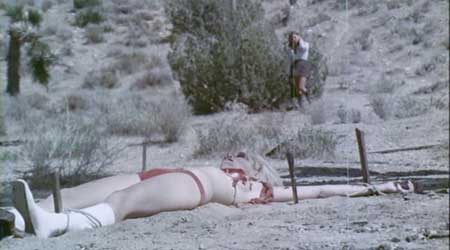 Despite the fact that it may be considered a bad movie by most of the people who watch it I still loved The Bushwhacker and had a blast watching it (It is a bad movie, but it is bad in a good way). If you are into movies that feature a ton of nudity, some weird violence (which included a woman having one of her breasts cut off and eaten), and just some all around weirdness in general then this is the movie for you. Check it out, as it is classic drive-in cheese for sure that doesn’t fail to deliver. 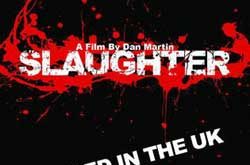